Stephen ‘seun Oke
I am sure most, if not
all, of us received notifications (be it from our telecoms operators, the press
or the grapevine) about a directive of the Nigerian Communications Commission
(“NCC“) requiring the Telcos to increase their data tariffs to
the level of a newly imposed price floor (the “Directive”) .
Fortunately, the Nigerian Senate mounted enough pressure on NCC to backtrack.
Most of us (myself inclusive) would agree that the Directive was unwelcome,
given the prevailing economic clime. However, harsh economic climes apart, the
following analysis seeks to:

1.
Give an insight into the legal framework
forming the basis for NCC to issue such a Directive; and
2.
Articulate why the Directive was, in my
opinion, flawed from a competition law perspective.

Background
For the purpose of the
Directive, NCC identified two distinct markets for (i) GSM/voice
call services; and (ii) internet data services. The Directive
aimed at imposing a price floor (minimum price) of 0.90k/MB for
data services. According to the NCC, industry average market price for big
operators such as MTN, Etisalat, Airtel and Glo was0.53k/MB (with
Glo charging as low as 0.21k/MB),
while the average market price for smaller operators/new entrants was 0.71k/MB. [Smile Communications – ₦0.84k/MB,
Spectranet – ₦0.58k/MB and NATCOMS (NTEL) – ₦0.72k/MB].

The decision to impose a
price floor, according to the NCC, was aimed at promoting alevel playing
field for all operators in the industry, and to encouragesmall operators and new
entrants. For this reason, small operators were exempted from
the new price regime. NCC considered “small operators” to be operators with
less than 7.5% market share, and “new entrants” as operators who have operated
in the data market for less than 3 years.

For the benefit of those
who are less conversant with competition law, I’ll start with a brief primer on
some basic assumptions of competition law that serve as my premises for
evaluating the propriety of the NCC Directive.

Assumptions of
Competition Law
(i)  must be
based on sound economic (cost) analysis in the market;
(ii) can only be
justified if it aims to preserve fair competition.
Illustration of
“selling below cost” – Take for instance,
there are two different markets for Widgets and Blodgets;
·        X
would only be able to sell at 4 if
he is offsetting the loss he is making up for the1
loss he is incurring in Widgets, from the profits he is making in the market
for Blodgets or some other market where he is selling above cost / at a profit
– this is known as “cross-subsidization”, an anti-competitive practice;

·        In
the short-run, consumers will be happy to buy Widgets from X
[because, really,who no like awoof?]

·        However, in
the long run, Y and Z will be forced out of the Widgets market, leaving
only X who becomes a monopolist.

·        X
can then increase his price for Widgets to 15
because he has no competitor to “steal” his customers. [Beyond this, X may then
try to consolidate his monopolistic lead in the Widgets market by unfair
advantages on competitors in the market for Blodgets].
·        By
this time, it is too late for the market regulator to salvage the Widgets
market.
Back to real life…
Is NCC a
Competition Regulator?
Yes. Like other sector
regulators (e.g. NERC, SEC, DPR etc.), sections 90 of the Nigerian
Communications Act 2003 (“NCA”) gives NCC the exclusive competence to
administer and enforce compliance with competition laws, and to sanction
anticompetitive practices, in the telecoms market. The Competition
Practices Regulations 2007 (“Competition Regulations”) were made
by the NCC pursuant to its powers under the NCA.

What is NCC’s
approach to defining Market and Market Share?
In identifying markets
(e.g. market for voice calls as distinct from market for data services), NCC
generally considers the services that make up a specific market, the
geographical scope of the market, and demand-side and supply-side
substitutability.

In determining market
share, NCC considers the revenues, numbers of subscribers or volume of sales.

What anti-competitive
practices is the NCC specifically targeting?
Price abuses such as:
under-pricing (and possibly predatory pricing, and exclusionary/downstream
market abuses such as cross-subsidisation.

How Can a Forced
Price Increase Possibly Benefit the Consumer?
A candidate justification
for the Directive would appear to be based on the following “assumptions”:
i.    underpricing
will inevitably lead to low quality of service; and
ii.    Big
operators are likely to increase data price after they succeed
in (i) squeezing out smaller competitors from the data market, and (ii)
creating a price barrier to impede the ingress of “new entrants” to the market.

Why was the
Directive Flawed?
The Directive was flawed
for two major reasons: (i) speculative market regulation; (ii) the seeming
assumption that there cannot be fair competition in the data market without
smaller operators.

Speculative market
regulation
Best practices in market
regulation dictate that price regulation should be a last resort and must be
justified, typically by concrete information on the cost-basis for
pricing in the relevant market or evidence of anti-competitive
pricing. By the Directive, NCC had attempted to introduce the price
floor “pending the finalisation of the study on the determination of
cost-based pricing for retail broadband and data services in Nigeria.” Therefore,
NCC admits that it has not determined what the cost basis is, for pricing in
the data market. In other words, the low prices charged by big players like MTN
and Glo may very well be above costs (like NCC, we do not know), in which event
big operators would be competing fairly.

In the absence of such
information, there can hardly be any justification for interfering with price
competition, more so where this amount to the imposition of higher prices on
consumers. Until such cost-bases are determined, any attempt at price
regulation will be pre-mature and misguided, as it amounts to putting the cart
before the horse.
There can be Fair
Competition without Smaller Players provided there are Capable
Contenders

It would appear from NCC’s
move that, should the prevailing market price be technically above cost
(including a fair return on investment), NCC would still think it necessary to
impose a price floor if it does not consider the above-cost margin for return
“attractive” enough to (i) keep smaller operators in the market; or (ii)
attract new entrants. Such a regulatory disposition would be based on the
flawed assumption that there cannot be fair competition or a healthy level of
consumer welfare if the only operators left to compete in the market
are big operators.

While it is ideal for
there to be many operators, this state of affairs should not be “forced” on the
market as to do so will risk (i) encouraging inefficiency on the part of
smaller operators; (ii) making the consumers “subsidise” the operating cost of
smaller operators, which will be inimical to the ultimate goal – consumer
welfare.

Nigerian consumers enjoy
low prices for data – this is presumably (although not conclusively) an
indicator of consumer welfare. This state of affairs can be preserved even if
only big operators are left to compete in the market, as long as NCC keeps a
close eye on them to prevent a further concentration of the market (e.g. by a
merger) or any collusive behavior (such as price fixing agreements, agreements
to fix conditions of sale and other cartel behavior). The Big Four (MTN,
Etisalat, Airtel and Glo) are near-equal contenders in terms of market share.
Therefore, unless (i) two or more of them later collude to fix high prices or
(ii) one or more of them leaves the market, there is no reason why consumers
will not continue to enjoy low prices resulting from price competition by the
big contenders.

Conclusion
The NCC took the right
step in suspending the Directive. Its responsiveness should be commended.
Although, NCC, no doubt, has powers to regulate tariffs under the NCA, nothing
less than empirically-determined costs for broadband and data services should
justify any further attempt at price regulation in the data market. In all, the
Directive exemplified the need for a coherent and consistent
competition law/market regulation Policy.

Further, and beyond the
telecoms industry, there is need for objective mechanisms for information
gathering. It is only on the basis of credible information that a market
regulator can rightly discharge its regulatory obligations, especially with
regard to a sensitive aspect such as tariff regulation and determination of
market share. 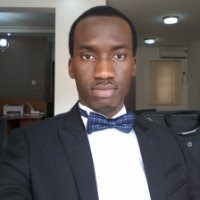 Stephen ‘seun Oke is an Associate at Banwo &
Ighodalo.

Are Documents Made by Interested Persons to an Action Admissible in Court? | Adebanke Ajayi
PAROLE FOR NIGERIAN PRISONERS
As for me, I stand with PU. Robert Uchenna