Covid-19: When the Judiciary is No Longer the Last Hope of the Common Man. By Annakar Hallelujah Tor, ACArb 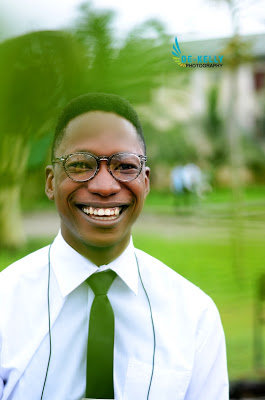 It has been three weeks and
counting since the Chairman of the National Judicial Council (the Chief Justice
of Nigeria) issued the directives for all superior courts of record to close
indefinitely, citing primarily the protection of Judicial officer and court
staff as reasons for shutting down the Justice Temples across the country.

However, as our courtrooms
slammed shut to keep away the corona virus pandemic from spreading and in a bid
to protect Judicial officers and their staff, little was done to secure the
access of the common man to justice through the courtrooms; famed for being his
last resort on the quest for justice. More disturbingly is how these
developments impacts not only not the administration of justice but in the
presumption of innocence of those awaiting bail hearing and standing trials in
determination of their innocence or guilt, which can only be fulfilled in line
with the provisions of our extant laws that requires a formal courtroom
hearing.

Also impacted negatively by these
developments are the heralds of the common man – litigation lawyers who eke out
their living from courtroom appearances and advocacy on behalf of the common
man. With the hearing of cases forestalled indefinitely, it is hard to fathom
the survival of legal practitioners, considering that the code of conduct for
the profession restricts mixing the practice of law with any other practice or
business.

The nation’s Attorney General an
iced a few day’s back that plans are in place to get the courtrooms up and
running again, with the aid of technology to help with the reopening of the
courtrooms. It is difficult imagining how swift the plan is going to be carried
out, considering that very little technological innovations have been
previously put in place in making the Judiciary more effective and efficient in
carrying out its functions.

While we wait and the Hallowed
Chambers are being sought out, the hope of the common man is still hanging…
on a very delicate balance

ANNAKAR Hallelujah Tor, ACArb. is
an aspiring lawyer and an associate arbitrator with the Nigerian Institute of
Chartered Arbitrators. He is passionate about human rights and ADR. He can be
contacted via LinkedIn http://linkedin.com/in/hallelujah-annakar-acarb-45a796b3 or
his email weskingannakar@gmail.com

IBHARI PRESS RELEASE: URGENT NEED FOR VENEZUELAN JUSTICE SYSTEM
Friends of Dele Adesina SAN Respond to the Malicious Online Publication
Why are white people expats when the rest of us are immigrants?