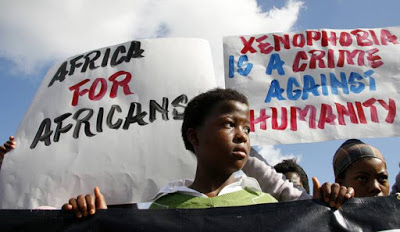 South
Africa was in the spot light a few months ago after the Zulu king, Goodwill
Zwelithini, was reported to have said that foreigners “should pack their
bags and go back home”. The king later denied making those comments but
within days the violence had spread to the country’s most populous city Johannesburg.
The comment led to the harassment, assault and in some extreme cases the death
of persons who were immigrants in South Africa. These violent act was
criticized the world over and thankfully the South-African authorities were
able to get things under control, though a lot of damage had already been done.
Xenophobia
can be described as the fear of strangers or foreigners. In Nigeria, there have
been tensions between various ethnic groups in the past, some resulting in
violence. Nigeria’s online community is very active and can cause an issue or
comment to trend in a very short time, thus imagine a situation where a
xenophobic comment is shared and allowed to trend, this could pose a major
problem for everyone. That’s why our laws prohibit xenophobic or racist
comments even on online media.
The
Cybercrime (prohibition, prevention,etc) Act 2015 in Section 26 provides that any
person who with intent distributes any racist or xenophobic material to the
public through a computer system or network or insults or threatens persons for
the reason that they belong to a group distinguished by race, colour, descent,
national or ethnic origin, as well as, religion or who distributes material
which denies or approves or justifies acts constituting genocide or crimes
against humanity shall be liable on conviction to 5 years in prison or to a
fine not less than N10,000,000 (Ten Million Naira) or both”.
For
the sake of interpreting the law and trying to figure what can constitute a genocides
or xenophobic material, genocide means acts committed with intent to destroy in
whole or in part, a national, ethnic, racial or religious group. Racist or
xenophobic material on the other hand means any written or printed material or
any image which advocates, promotes or incites hatred, discrimination or
violence against any group or individuals.
It
is quite important that while tweeting and sharing on the web, we should be
careful not to make any inciting, racist or xenophobic statements. Not to also ignore the criminal liability that comes with assaulting another person or inciting others to commit assault. 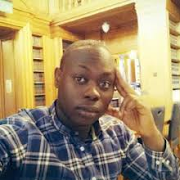 BAYELSA, Nasarawa, Rivers: When Our Justice System no Longer Serves Utilitarian Purposes, There is I...
HOW TO PURCHASE LAND
Advertisers Liability in Nigeria and the Eco-Contort Principle | Akpan, Emaediong Ofonime