Why Impeachment Proceedings Should Begin Against President Buhari Immediately 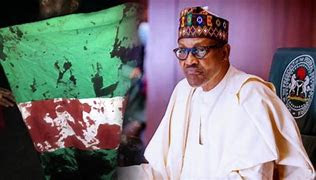 If you are a friend, visitor
or lover of Nigeria, you are definitely aware of what is going on in the
country at the moment. Young Nigerians who signified their discontent with
police brutality through the #EndSARS hashtag had been staging peaceful
protests all over the country until recently, when the process led to loss of
lives and what is now being described as a full scale massacre of innocent demonstrators,
perpetrated by state agents and security forces.

Yesterday, 20th
of October, 2020, which is now called #BlackTuesday, the Nigerian government ordered
soldiers to open fire on demonstrators, an action which has now resulted into
the loss of tens of lives and also destruction of both public and private
property. Social Media is currently awash with videos and photos of security
agents killing unharmed citizens, some while the citizens were seen fleeing for
their lives.

So why should President
Buhari be impeached? If you are familiar with the antecedents of this
government, you will agree that they have cracked down hard on dissent and have
regarded any questions from the people as a direct challenge to their
administration. Take a cue from Sowore, who called for a revolution in the country
and how his fundamental human right were breached by State Agents and the Attorney
– General of the Federation was heard in several interviews saying that any
attempt to replace the government by unconstitutional means will be met with
force. It is evident that this government is incapable of providing the kind of
leadership that this country needs going forward, for instance since the deaths
of Nigerian youths, the President has failed, refused and neglected to address
the nation, despite a call from all areas of the country and most recently by
the National Assembly. President Buhari still remains silent.

A look at our constitutional
provisions, particularly Section 143 (2) states that a President can be impeached
whenever a notice of any allegation in writing signed by not less than
one-third of the members of the National Assembly:- (a) is presented to the
President of the Senate; (b) stating that the holder of the office of President
or Vice-President is guilty of gross misconduct in the performance of the
functions of his office, detailed particulars of which shall be specified.

The above paragraph now begs
the question what can be described as “gross misconduct” under the
constitution? The Supreme Court in Inakoju
& Ors vs. Adeleke & Ors (2007) LPELR – 1510 SC, describes it to
mean “a grave violation or breach of the provisions of the Constitution or a
misconduct of such nature, as amounts in the opinion of the National Assembly
to be a gross violation.

What has President Buhari
done that may be seen as a gross violation of the Constitution?

1.      President
Buhari breached the fundamental rights of Nigerians when he ordered the military
to shoot at citizens who were demonstrating for an end to police brutality, in
breach of Section 33 of the Constitution, which provides that; Every person has
a right to life, and no one shall be deprived intentionally of his life, save
in execution of the sentence of a court in respect of a criminal offence of
which he has been found guilty in Nigeria.

2.  President
Buhari breached the rights of Nigerian Citizens to lawful assembly as provided
in Section 40 of the Constitution, when he ordered security operatives to disperse
lawful and peaceful demonstrators through violence.

From the above, it is
evident that by President Buhari ordering and/or condoning the shooting of
unharmed demonstrators, the President has directed the very killing of the
citizens he swore to protect and if this is not an impeachable offence, I don’t
know what is.

GET FREE LEGAL ADVICE IN LAGOS
Survey:How Much Do Nigerian Lawyers Earn? by Babatunde Ibidapo-Obe
The Fundamentality Of Due Diligence In Choosing Arbitral Institutions