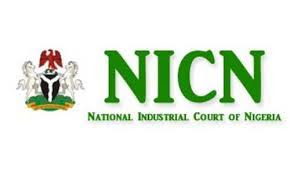 In recent years, the National
Industrial Court has become the one-stop-shop for many labour disputes,
although established in the year 1976 under Section 19(1) Trade Dispute Decree
No. 7 of 1976, its status has become ever clearer since its further
codification to the Constitution as a superior court of record by virtue of the
provision of section 254A through the third
alteration act 2010 No. 3, an amendment in the Constitution of the Federal
Republic of Nigeria 1999. For many new wigs and old ones alike, commencing an
action in the National Industrial Court is not a herculean task. Flowing from
the laid down procedure contained in the “National Industrial Court of Nigeria
(Civil Procedure) Rules 2017”, fillings at the Industrial Court should be as easy
as eating cake. The following paragraphs will highlight the steps needed.
First, it is pertinent to note
that there several ways of commencing an action at the Industrial Court; a
quick peek at Order 3 Rule 1 shows
seven ways to commence an action.
The seven ways
include:
1.
Complaint
2.
Originating Summons
3.
Originating Motion
4.
Application for Judicial Review
5.
Notice of Appeal or Petition
6.
Referral from the Minister of Labour and
Productivity
7.
By any other means that may be prescribed by the
Rules, Act or Law enforce in Nigeria
In truth, these
ways of instituting an action in the Industrial Court are tailored to the
nature of the claims and relief sought. Nevertheless, for the purpose of this
article we shall focus on the most common way, Complaint.
Order 3 Rule 2(2) of the N.I.C Rules
2017 clearly highlights that a Complaint is the best form action in
circumstances where the said matter is one in which the court has exclusive
jurisdiction as provided under section 254C par. (a)– (k) And (m) of the
Constitution of the Federal Republic 1999 (as amended) or by any act or law in
force in Nigeria.  Where a matter is set
for both interpretation and application a Complaint still remains the best
option. This is a clear distinction from an originating summons that is
adequate for just an interpretation of the relevant statute within the
jurisdiction of the NIC.
REQUIREMENT FOR A COMPLAINT:
A Complaint takes a particular
form as seen in Form 1 in the civil procedure rules; however, it cannot be
tendered alone, as Order 3 Rule 9
shows further accompanying documents to a Complaint, they include:
1.
Statement of facts establishing the cause of
action
2.       List
of witnesses to be called
3.       Written
statement on oath of all the witnesses listed to be called by the claimant
4.
List and number of copies of the document and
other exhibits to be tendered at the trial.
WHAT MUST BE SEEN IN A COMPLAINT FORM:
From Order 3 Rule 10 par. B it
is glaring that certain information must be affixed on a complaint form. They
include:
1.
The names, description and addresses of the
parties
2.
A clear and concise statement of the material
fact establishing the cause of action in chronological order on which the
party relies which wherein the statement shall be sufficiently particularized
to enable any opposing party reply.
3.
A clear and concise statement of the legal
issues that arises from the material facts which statement shall be
sufficiently particularized in such a manner so as to enable the opposing party
reply
4.
The relief sought.
In the same vein Order 3 Rule 10 par. C clearly states
that a complaint, in the most mandatory rhetoric, Shall:
1.
be signed by the party to the proceedings or by
such party’s legal practitioner;
2.
express all dates, sums and numbers contained in
the document in figures;
3.
be accompanied by a schedule listing of documents
and the number of document and exhibit that are material and relevant to be
used in the proceedings.
Conclusively, it is key to note that the
procedures for filing any kind of originating process In any court is its
“Procedural Rules and Enabling Act”. For many who are aggrieved with their
employers or former employers and want to sue, it is extremely important to
consult a lawyer. This is simply because, Law is a Lawyer’s trade. Lawyers are
trained to identify a cause of action and represent their client’s interest.  In the case of Bello Raji v. X[1]  the court mentioned that “the duties of proctors (lawyers) consist in
acquiring a thorough knowledge of the rules of their profession in applying
themselves to the affairs committed to their charge with such vigilance,
diligence and care as that their client may not be in any way surprised”.
[1]
(1946) 18 NLR 74
By Eseoghene Palmer Esq.