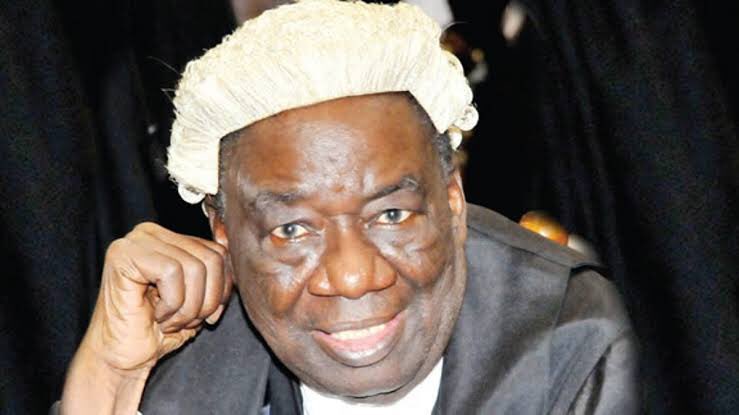 TRIBUTE TO A LEGAL COLOSSUS

The news of the passing of the eminent legal practitioner and foremost statesman, Chief R.O.A. Akinjide, SAN has just reached me. On behalf of my family and Chambers, I convey my heartfelt sympathy and condolences to the entire members of the Akinjide family and dynasty.
Without any gainsaying, Chief Akinjide lived a full cycle, whether as a lawyer, a politician, a scholar or statesman. He made a success of every venture he embarked on. As a lawyer, he was very prodigious, forensic, profound, dynamic, courageous and seminal. He was among the second set of the early lawyers in Nigeria to be conferred with the prestigious rank of Senior Advocate of Nigeria in 1978, alongside the late Chief Obafemi Awolowo, SAN, the late Chief Kehinde Sofola, SAN, the late Chief G.O.K. Ajayi, SAN among others. Before then, he had served as the President of the Nigerian Bar Association (NBA), during the military era. He distinguished himself as one of the most outstanding Presidents of the NBA. Between 1979 and 1983, he served as the Attorney-General and Minister of Justice of Nigeria.
At a point in time, he was also the Chairman of the Body of Benchers, while for several years, he was the Chairman of the Body of Senior of Advocates of Nigeria (BOSAN). In effect, he assumed and occupied every available space and position in the legal profession, and in all of them, he creditably discharged himself.
As a politician, he was first a Federal Parliamentarian before assuming the office of Minister of Education in the First Republic, and he would be remembered as one of the youngest federal ministers ever produced in Nigeria. As a statesman, Chief Akinjide stoically pursued the clamour for a true federalism in Nigeria, both in his writings and public speeches, while at the same time presenting himself as a father figure who cultivated friends across all divides. That Chief Akinjide was a scholar of very high repute is beyond any shadow of doubt. He was prolific in his writings and highly cerebral in his submissions, in and out of court.
In company of our heroes past, particularly, Chief Obafemi Awolowo,          Dr. Nnmadi Azikiwe, Sir Ahmadu Bello and others, Chief Akinjide was in the forefront of the struggle for Nigeria’s independence in 1960. A titan has departed; a legal colossus and potentate has been called home; a highly distinguished statesman has gone to rest.
May the pleasant soul of this great mentor, leader and nationalist rest in peace.