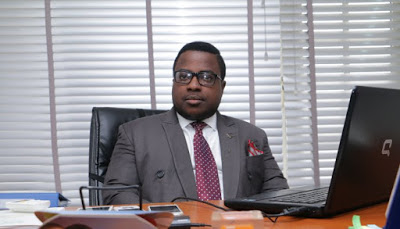 Over the years, various
agitations have filled the political space on the ‘emancipation of the
Niger- Deltans’; rightly so. The environmental degradation frequently
occasioned by the oil & gas exploration and production activities in the
Delta region has largely birthed this agitation as well as various Groups
making different claims; some to ownership of oil and gas whilst others to, a
need to be compensated for ‘taking their natural resource’. Some others have
advocated the need for government to, appropriately interpret the laws and
enlighten the populace on the state of the true ownership of the ‘black
gold’. Only recently, a former Senator of the Federal Republic of Nigeria
(and a former Minister too) on one of the private television stations,
advocated for complete secession of the oil blocs to the ‘Niger Deltans’ with
government only maintaining a ‘participating’ right. Suffice to say that
all views may be right or wrong. What is important is the consequence of not
taking prompt, strategic and decisive action on the incessant and alarming
damage done by the militants to our oil infrastructure thereby causing Nigeria
as a whole to lose its market share in the global oil space.

The Niger Delta
Militants (the category of which includes the Niger Delta Avengers in
particular) started attacking oil pipelines sometimes in February, 2016. The
reactionary bombings were allegedly not unconnected with the termination of
commercial contracts (for the protection of pipelines) to the militants, the
discontinuance of the amnesty program put in place by former President Goodluck
Ebele Jonathan as well as a reduction in the stipends paid to the militants. It
will be recalled that a similar situation was averted by former President Umaru
Musa Yar’Adua, who, sometimes in 2006 and 2009 provided monthly stipends to
militants who were willing to disarm and maintain peace under an amnesty
program. This, as adjudged by many, relatively stabilized the Nigerian oil
sector.

This paper is not to
chronicle the ‘Whys’ of the Niger Delta agitations but to consider the
commercial consequence of the serial bombings which has hitherto shapened both
the micro and macro Nigeria oil space. Nigeria’s Ministern of State for
Petroleum, Dr. Ibe Kachikwu (and the immediate past Group Managing Director of
NNPC) must be commended for clinically and strategically shoring our daily
output from 1.3mbp to about 1.9mbpd. Nevertheless, his successor, Dr Maikanti
Baru, must grapple this situation with equal diplomatic and aggressive vigor to
avoid situations resulting into a sequence of missed/delayed shipments at the
various export terminals in the region; particularly, the Royal Dutch Shell
Plc’s Forcados and Bonny export terminals, Eni SpA’s Brass River, the Escravos
terminal and Exxon Mobil Corp.’s Qua Iboe terminal.  These events have
also led to a declaration of force majeure by Royal Dutch
Shell, Nigeria on exports of Bonny Light crude oil, which was only lifted at on
Thursday, July 7, 2016.

The Nigerian
Petroleum Development Company (NPDC) may also record losses in the region of
about N20billion monthly as a result of the incessant pipeline vandalism. The
country, which formerly maintained the position of Africa’s largest oil
producer with a production level of about 2.5 million barrels per day, has lost
this position to Angola due to the violent attacks on the pipelines. The
estimated growth of the country has also dampened, as the World Bank now
projects in its semi-annual Global Economic Prospects that the Nation’s economy
will grow by an estimate of 0.8% per cent which is down from the initial 4.6%
per cent growth estimate. The reduction of the nation’s oil out-put remains a
major factor for the decline in the growth of the nation’s economy. The
resultant effect of Nigeria’s poor oil production output has also consequently
affected the total monthly crude output of the Organization of the Petroleum
Exporting Countries (OPEC); which fell from 32.83 million barrels a day in
April to 32.71 million barrels in just one month.

Damages done to the
gas pipelines which belong to the Nigerian Gas Company (NGC) affected the flow
of gas to electricity power plants and prevented the flow of crude oil to
refineries in Warri and Kaduna. This damage has led to a daily loss of about
N79 million barrels of crude oil and that it will cost about N120 million to
repair the damaged pipelines before normal power generation can be restored.
The Forcados export pipeline operated by Royal Dutch Shell Plc which was
attacked in February, 2016 was undergoing serious repairs when it suffered a
second attack recently. These disheartening events all impact negatively on our
overall oil & gas earnings as a country.

Force or
Negotiation?
Initially, it was reported
in some media outfits that the government was reluctant to enter into
negotiations with the militants in a bid to curtail the attacks on the
pipelines. It is becoming clear now that diplomatic means, as opposed to
military tactics, might be the way to resolve the menace wrought by the
Niger-Delta militants. This, of course will not take away the true ownership of
the natural resource from the Federal government. Rather, more attention needs
to be paid to cleaning up the havoc wrecked by E&P activities, youth
empowerment in the Delta region, accountability of all relevant State governments
for the additional 13% derivation and other peculiar incentives peculiar to the
Niger Delta community. These are obvious and realistic methods of curbing the
violence from further escalating.

The need to also
re-consider the security of the pipelines (by some of the indigenes) also
commends itself. Making the indigenes stakeholders in the protection of the
pipelines might reduce the spate of incessant bombings of these
infrastructures; as the oil pipelines span through rivers and mangroves and run
for over 27,027 square-mile under water, making it more difficult for military
protection; who in most cases are not as familiar of the areas as the
indigenes. The Federal Government must also increase its engagement with the
relevant State Governors to devise additional methods (particularly, with the
use of smart technology) to reduce infrastructural damage on oil assets.

On a final note and
looking into the future, the welfare, environment and youth empowerment of the
Niger Delta community must be carefully looked into. The Ministry of the Niger
Delta and all other Agencies set up for this purpose must be made more
proactive and operational. The Petroleum Industry Bill must also be clear on
the benefits of being an indigene of a Littoral State whilst acknowledging that
sovereign rights over Nigeria’s oil and gas in situ, unarguably
rests in the government. This is very important.