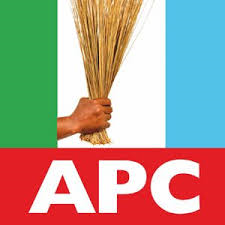 A political party is
generally known by what it stands for, the policies it supports and the
interests it upholds. A major factor of a political party is its ideology, for
these Political ideologies shape policy debates and choices.
A political ideology is a
certain set of ethical ideals, principles or doctrines,  that explains how society
should work and offers some political and cultural blueprint for a certain
social order. In a nutshell, party ideologies explain the evaluative and orientative way of
thinking of a political party.
Therefore, examining a
political party’s ideology will help shed light on the type of policies and
programmes that will be instituted by that party when it has political control.
It enables voters to decide which party and candidate to give their votes based
on the expectations from the party’s ideology.
Thus, as we approach the
Nigerian general elections in 2019, I decided to examine the ideologies of the top
2 (Two) political parties in the country; the All Progressives Congress (APC)
and the People’s Democratic Party (PDP).
On the APC Website, I discovered
their philosophy and hereby reproduced same below –
1.
Belief in, and the fear of God;
2.
Upholding the rule of law;
3.
Preserving national unity
4.
Pursuit of a joint egalitarian society;
5.
Building of strong institutions;
6.
Commitment to social justice and economic
progress; and
7.
Promoting representing and functional
participatory democracy 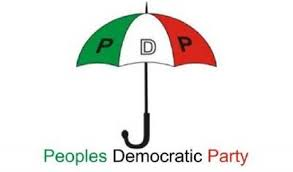 While on the PDP Website, what I
discovered was a Manifesto and not an express list of its ideologies as a
party. Therefore, it is safe to say that the PDP does not have an ideology or
list of principles that are center to its system of administration or
governance. However, does this make the APC better?
In the ordinary course of
examining the above paragraph, one may agree that the APC is a better party for
at least having a list of guiding principles, however, having a list on a
website is one thing and actually living according to the tenets of these guiding
principles is another litmus test a party must pass.
For instance, the APC have
stated that upholding the “rule of law” is one of their guiding principles but
the current APC led government has acted contrary to this principle as evidenced
in the case of the former National Security Adviser, Retired Colonel Sambo
Dasuki, who has been in illegal detention despite 5 (five) different court
orders directing the government and security agencies to release him on bail.
Furthermore, the
constitution guarantees every Nigerian the fundamental right to be treated
decently and free from indecent treatment or torture, however, the APC
government has failed to address the allegations of extortion, torture and
unlawful treatment of citizens by the Nigerian Police. Evidently, the guiding
principles of the APC is meant only for the objective of having a philosophy and not really one to be adhered to.
This is why it is no
surprise that politicians in Nigeria move back and forth from both parties
every election cycle because what binds the members of these parties is not
ideology but selfish and self-serving interests. For, how can one change
ideologies every 4 (Four) years.
Recently, in the Nigerian polity,
a record number of members of both political parties have jumped ship into the
other. For the party you belong to in Nigeria determines if you would
victimized by the ruling party or not. This is why as Nigerians are faced with a
choice of electing members of these parties in the coming elections, it is
important we note that we are not voting for ideals but for self-serving party
members who will do anything to attain political relevance and satisfy their
personal greed and whims.

It is therefore important for Nigerians to put politicians to task of providing and standing by their political ideologies. 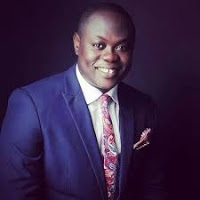 Adedunmade Onibokun is a Nigerian
lawyer, Author and Social Analyst.

Happy Workers Day
Onigegewura on Paul Usoro: The Viewpoint of An Amateur Historian
Falz's "This is Nigeria," Davido's "Mind" and the Ubiquity of Copyright Infringement in Nigeria | Lo...