The Menace Of The Nigeria Police Force Special Anti – Robbery Squad (The Group of Death): Beyond Its Existence | Debo Oladinni Esq. 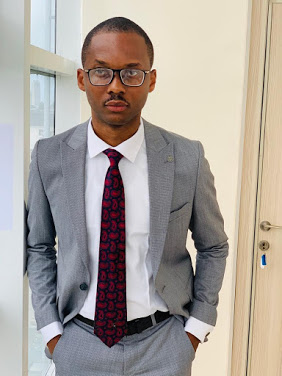 In recent days, the clamour
by Nigerians across the country that the Special
Anti-Robbery Squad (SARS) be proscribed due to the apparent excesses
of members of the death squad (which has reached an alarming crescendo), is
fast gathering momentum. Prior to this time, SARS, as a unit
was an elephant in the room that no one was willing to
frontally confront or demand for the curbing of the excesses of a good number
of its dare devil personnel masquerading as law enforcement officers.

Founded in 1992, SARS, was
setup as a unit under the umbrella of the Force Criminal Investigation
and Intelligence Department of the Nigeria Police Force (NPF) to
confront the rising cases of armed robbery and kidnapping in Lagos
State. Sadly, like an aircraft which has overshot and skidded off the
runway in an airport in an attempt to land, SARS has
deviated/lost sight of the very essence why it was established.
Essentially, SARS has gone beyond its scope of duty, and is
fast assuming the toga of a terrorist group in the minds of well-meaning
Nigerians.

Unfortunately, a sizeable
number of men of SARS have metamorphosed into blood thirsty
rabid dogs roaming around seeking for whom to devour. How ironic that men of
this unit who are meant to protect the lives of law abiding Nigerians going
about their legitimate businesses have turned around to maim, harass, decimate
and exterminate the lives of Nigerians, whom, ordinarily, they are paid to
protect. Many families have over the years, been thrown into deep sorrow and
gnashing of their teeth, due to the loss of lives of their loved ones at the
hands of a good number of these dare devil and trigger happy angels of death
in SARS.

Paradoxically, the
acronym SARS reminds me of the deadly and life threatening
viral respiratory disease called Severe Acute Respiratory Syndrome
(SARS) triggered by a SARS associated coronavirus,
which was first discovered during an outbreak in China at the
tail end of the month of February 2003. To my mind, there is a thin
line of difference between SARS as a virus and SARS as
a unit  under the Force Criminal Investigation and Intelligence Department
of the Nigeria Police Force (NPF). Both are life threatening and indeed
snuff out lives. Indeed, the fear of SARS is fast becoming the
beginning of wisdom, as if you are unfortunate to land in the dragnet of its
personnel, life becomes short, nasty and brutish. The fundamental human
rights of Nigerians enshrined in section 33 (right to life),
section 34 (right to dignity of human person) section 35 (right to personal
liberty), and section 41 (right to freedom of movement) of the
Constitution of the Federal Republic of Nigeria 1999 (As Amended) mean
absolutely nothing to a good number of the blood thirsty and trigger happy
angels of death operating in SARS.

Recently, the Inspector-General
of Police, Mohammed Adamu issued a circular banning SARS and
other tactical squads from routine patrols, due to the public outcry against
personnel of SARS, who engage in extra-judicial killings, brutality
and extortion etc. However, a sizeable number of well-meaning Nigerians via
street protests, issuance of public statements, agitations on social media
platforms etc. are clamouring for the outright ban of SARS.

While this is a plausible
and legitimate demand, I have my serious doubt if the Government would
accede to such a demand in its entirety. Assuming without conceding that
the Government agrees to out rightly disband SARS, the
personnel of the proscribed unit would be drafted to other units of the Nigeria
Police Force. In essence, cases of extra-judicial killings, brutality and
extortion would not still abate. Furthermore, a question that agitates my mind
at this juncture is: How often do the men of the NPF undergo mental
health/emotional evaluation to ascertain whether or not they can make use of
weapons appropriately? In this wise, the Government should
seriously consider partnering with psychologist/emotional therapists who would
from time to time conduct trainings/tests on the men of the NPF.
Mental health wellbeing experts like Oyinkansola Alabi (a leading
Trainer, Speaker and Founder of Emotions City), amongst others can be
partnered with to ensure the emotional/psychological needs of men of the NPF are
well addressed. An emotionally and mentally disturbed police officer is a
disaster waiting to happen.

Going forward, I want to
appeal to the Government and the IGP to
embark on holistic reforms which would reposition the NPF, in terms
of the yardstick for recruitment of its personnel, welfare and other
ancillary issues to ensure the production of better trained and equipped police
officers. Nigeria as a country, is sitting on a keg of gunpowder that might
blow up anytime soon. As for men of the NPF within the system,
there is a need for periodic training. No doubt, the issues bedevilling
the NPF are a fallout of the endemic corruption that is
affected every stratum of the Nigerian society. It is hoped that the Government would
give the IGP the needed support/wherewithal to reform
the NPF in its entirety. Permit me to conclude by stating that
a nation that does not protect/safeguard the fundamental rights of its citizens
is encouraging citizens to rely on self-help, which brings to the front burner
of my mind the evergreen postulation of Nelson Mandela (former
President of South Africa and Respect World Citizen), who posited at
the inauguration of the Constitutional Court at Johannesburg, South
Africa, on 14th February, 1995 that: “People
come and go. Customs, fashions and preferences change. Yet the web of
fundamental rights and justice which a nation proclaims must not be broken.”

NOTE: Shortly after I concluded
my write-up, as I rightly envisaged, IGP Mohammed Adamu, has disbanded SARS
nationwide today 11th October, 2020 at about 2:00pm vide a live
broadcast. While this is good news for agitators of the disbandment of SARS, I
still have my serious doubts that it would lead to the drastic reduction of
extra-judicial killings, brutality etc. The redeployment of this same set of
officers in SARS would not change their orientation overnight. A lot of
re-orientation, retraining etc. must be done as soon as possible.

Adenike Adetifa: Bail in Nigeria (3): A Matter Of Right or Not
Employment Agreements In Nigeria
Lammy Review of Black, Asian and Minority Ethnic (BAME) representation in the Criminal Justice Syste...