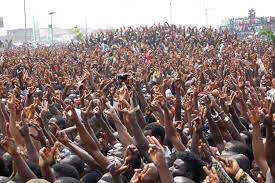 “No
generation can choose the age or circumstance in which it is born, but through
leadership it can choose to make the age in which it is born, an age of
enlightenment, an age of jobs and peace and justice.” Jesse Jackson.
I write today with a heart full of gloom,
filled with questions whose answers may strike me like an archer’s bow, passing
and piercing through my heart, leaving me broken. I write to my fellow
compatriots to ask what joy, what fulfilment, and what luxury lie in dormant
silence.

What pleasure in abject penury? Do we all but fold our hands, and wait
for the second coming of our lord, who promised to build our power plants,
plough our lands and rise against those that have made what is ‘ours,’
‘theirs.’ Have we not heard the raging trumpet of hunger ravaging the land. In
few years, we shall be but that generation of Nigerians that sat like
spectators, watching a gloomy soap opera, but can neither help the characters
to escape impending doom. Except in reality, we truly are both the spectator and
the characters. We have chosen not to act and that is a choice.

A generation
that frequently decry and vehemently condemn our predecessors for the
mediocrity of their actions and choices. A generation that ride a high horse of
criticism and satire. Standing in the safe havens of homes to throw diatribes
at those that dare to do. Sitting on fences, observing decades speed by, like a
drunk okada rider. A generation of underaged-adults.
Like Jesse Jackson, I say, “only
leadership – that intangible combination of gifts, the discipline, information,
circumstance, courage, timing, will and divine inspiration – can lead us out of
the crisis in which we find ourselves. The leadership can mitigate the misery
of our nation. Leadership can part the waters and lead our nation in the
direction of the Promised Land. Leadership can lift the boats stuck at the
bottom.”
That change will not come to us. We will
not wake up from sleep one morning to discover this change wrapped in gift bags
like Easter eggs or Christmas gifts from santa. If anything, we must become
santa to deliver this desired leadership and change to our children, born and
unborn. To the future generation. It is our duty to give the next generation of
Nigerians a country to be proud of, a country that would not demand but earn
their devotion. A country whose flags and anthems will mean more than the
colours on the fabric and the words of the lyrics. We must agree that this
generation has watched on for far too long. We must today stand and engage in
profitable activities, activities that would be the harbinger of national
reawakening, precursors to industrialisation and economic independence. The
time to sit on the fence is long gone. As Malcom X stated: “Nobody can
give you freedom. Nobody can give you equality or justice or anything. If
you’re a man, you take it.”
Has activism died? If it did, it
certainly did of apathy, starvation, and neglect. Today, grown men with
certificates cannot assert any rights or challenge any unfavourable policy or
decision. Whether it is as a result of dissonance or lack of will power, the
result is the same: indolent and dormant adults. Those that we have constantly
berated and condemned did a lot as young men, right or wrong, but they acted. I
dare say that refusal to take action is cowardice. And it is said, a coward
dies several times before his death. We have expended so much energy in
analysing and discussing the problem with our country, are we all but pundits?
Common commentators? No pun intended. What we require today are not talks but
walks, not conversations but construction, we need not champagnes but campaigns
to disdain mediocrity. In no better time did the words of Theodore Roosevelt
resonate more to us, compatriots, than now, “It is not the critic who counts;
not the man who points out how the strong man stumbles, or where the doer of
deeds could have done them better. The credit belongs to the man who is
actually in the arena, whose face is marred by dust and sweat and blood; who
strives valiantly; who errs, who comes short again and again, because there is
no effort without error and shortcoming; but who does actually strive to do the
deeds; who knows great enthusiasms, the great devotions; who spends himself in
a worthy cause; who at the best knows in the end the triumph of high
achievement, and who at the worst, if he fails, at least fails while daring
greatly, so that his place shall never be with those cold and timid souls who
neither know victory nor defeat.”
If the story of our nation is told
today, we would regretfully be remembered, as the giant that never woke, as the
mighty oak that never grew, and as the sun that never rose! A stich in time,
has to save nine! We must go beyond asking questions to taking actions, to
filing law suits, to demanding that the most reasonable and the most good is
done to the most people. That people are held accountable to their words and
their pledges. And that government remains a trust for the benefits of
citizens. That goods and services, that properties and resources belonging to
the people are managed and appropriated for the benefit of the people, this is
the essence and the primary fiduciary of government. That elections become a
system of choosing representatives and not a national project, whose planning
commences immediately at the completion of the last.
Lastly, I believe as a people, we are bound
by shared passions and aspirations. Shared dreams of a peaceful, economically
vibrant, educationally glorious and religiously tolerant country. A home to
technological innovations as well as a culturally enriched modernity. In this
great task of nation building, we must not allow our differences define us. We
must accept the existence of such differences, respect them and capitalise on
the visible strengths of these different people to build a nation that will be
deserving of our God-giving nomenclature, the most populous black nation on
earth and the giant of Africa. 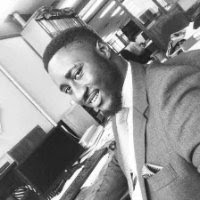