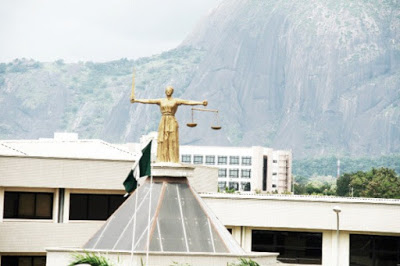 When Hon. Justice Inumidun Akande (Rtd), an erstwhile
Chief Judge of Lagos State unveiled the extant High Court of Lagos State (Civil
procedure) Rules in 2012, a major striking feature was the introduction of the
Pre-action Protocol Form 01 as one of the documents that must necessarily
accompany a writ of summons or originating summons by virtue of Order 3 rules 2
and 8 which inexplicably omitted originating motions from the processes that
must be so accompanied.

The arrival of Pre-action Protocol Form 01, which was
inspired by the Lord Woolf’s Reforms, unexpectedly drew diverse reactions from
legal circles in the mould of reviews, opinions, scholarly articles and
ultimately, rulings and judgements emanating predominantly from the Lagos High
Court bench until recently when the Court of Appeal sitting in Lagos had its
say on the said Form 01 in a case that shall be considered shortly.

While Dr. Muiz Banire, SAN, in a paper
titled “A consideration of
the Alternative Dispute Resolution under the Lagos State High Court (Civil
Procedure) Rules 2012” submitted that:
“To further underscore the importance of attempts at ADR
as a condition precedent to the institution of an action, Order 3, rule
2(1)(e) and rule 8(2)(d) of the 2012 Rules make Form O1 a mandatory process
that must accompany a writ of summons and originating summons respectively.
Proof of Pre-action attempts at ADR is, therefore, condition precedent
to the institution of a suit under the 2012 Rules. By virtue of Order 5, rule
1(1) of the 2012 Rules, failure to show proof renders the action a nullity”
See http://mabandassociates.com/pool/LAgos_High_Court_ADR.pdf
On the other hand, Mr. Oluwole Kehinde, in his
article titled “Pre action
Protocol and right of access to court” submitted thus:
“One is not oblivious of the decisions of the Supreme
Court in the line of cases of Amadi v. N.N.P.C (2000) 10 NWLR (Pt. 674) 76, to
the effect that regulations of the right of access to court, like pre-action
notice, are legitimate and constitutional. However, it is respectfully
submitted that those authorities do not exactly accommodate the species of
rules relating to pre-action protocol like mandatory or compulsory mediation
under consideration. Accordingly, such cases are clearly distinguishable and
therefore inapplicable here.”

Regrettably, the High Court of Lagos State has been
inconsistent in its decisions on the effect of non – compliance with Pre-action
protocol Form 01 and issues surrounding it. One would have thought that such a
document with noble intents would not have its purport and effect enmeshed in
judicial uncertainty.

Contrariwise, in the case of Stanbic Bank v Ehiremhen
Suit No. LD/261CMW/15 delivered by Hon. Justice J.E. Oyefeso in a case where
the Claimant did not even file any Pre-action Protocol Form 01 at all but when
the Defendant raised an objection, the learned judge held thus:

“The essence of Pre action Protocol is to ensure that
genuine efforts are made at trying to settle matters amicably before resorting
to litigation.…

Even if we were to look at the Pre action Protocol Form
01 in the sense of a type of pre-action notice, failure to even serve a
pre-action notice merely gives a defendant a right to insist on such notice
before the Claimant can approach the court. It merely puts the jurisdiction of
the court on hold pending compliance with the precondition. I have gone through
the case file. No pre-action protocol Form 01 was file….We must understand that
the rules of court are made for the convenient and orderly hearing of cases…I
am satisfied that the substantive requirements of the law have been complied
with and I so hold.”

This is no doubt, one out of the numerous decisions of
the High Court of Lagos state dismissing any objection on pre-action protocol
as leaning towards technicalities as opposed to substantial justice.

Thankfully, the Court of Appeal sitting in Lagos had been
invited by Tunde Adejuyigbe, SAN in the case of Spog Petrochemicals Limited
& Anor. v Pan Pennisula Logistics Limited (2017) LPELR – 41853 (CA) to
interpret the effect of non-compliance with Pre-action protocol requirements.

Facts
The Respondent (Peninsula) took out a writ of summons
against the Appellant (Spog) at the High Court of Lagos State claiming $750,000
being balance of the sum of vehicles supplied to Spog by Peninsula. Upon
receipt of the originating processes, Spog filed a preliminary objection to the
suit on the grounds that:
(a)That the pre-action protocol form 01 which is an
affidavit attached to writ of summons filed by the Respondent was deposed to by
the Respondent which is not a natural person.
(b)That the Respondent failed to set out its claims and
an option for settlement in the written memorandum filed along with the
pre-action protocol Form 01.

The trial court heard the objection but dismissed same on
the 18th day of December 2015 which decision culminated in the appeal under
consideration.

Sole issue before the Court of Appeal

By aggregating the issues distilled by both parties, the
Court of Appeal formulated the sole issue thus:

“Whether the High Court was right that the
Respondent’s writ of summons has substantially and sufficiently
complied with provisions of Order 3 Rule 2(1)(e)”
Determination
In order to fully appreciate the Court of Appeal’s
decision, I will endeavour to quote their lordships extensively while driving
home the points made therein, bearing in mind the gravamen of the appeal being
an allegation surrounding incompetence of the Pre-action protocol Form 01 which
was allegedly signed by a company without stating the name of the natural
person that signed on its behalf as well as its failure to be accompanied by a
memorandum sent to the Defendant stating the claims.

On whether incompetence of Pre-action Protocol Form 01
vitiates the writ: “Clearly,
the Form 01 has nothing to do with the validity or competence of writ of
summons which it is to accompany or the suit commenced thereby.”

On the effect of swearing to the Form 01 before a
Commissioner for oaths: “The
fact that the Form was sworn to before a duly authorized Commissioner for Oath
and signed by the person who swore to the facts contained therein,
substantially complies with the requirement of the statement in the Form, the
fact of making the statement in the name of Respondent notwithstanding.”

“Where a claimant fails to comply with Rule 2(1)
above, the originating process shall not be accepted for filing by the
Registry. The above provision did not say that failure to accompany a writ of
summons with any one of the processes listed in Sub-rule (1) would render an
otherwise valid writ incompetent. In unambiguous terms, the provisions
only provide that where writ was not accompanied by all the processes listed
therein, it shall not be accepted for filing by the Registry. However, once
accepted and assessed by Registry of the Court and the requisite fees paid by
the claimant and duly filed, the consequence of any non-compliance with the
provisions cannot go to affect the validity and competence of the writ.”

On the form of memorandum:“The
Rules of the High Court did not state, stipulate or prescribe any form or
manner the memorandum should be in except that it be written. Admittedly, the
purport of the said memorandum is to set out claims of a claimant against the
defendant and the discretion to settle them amicably without the need to go to
trial.”

In conclusion, however regrettable it may appear that the
Court of Appeal’s attention was not drawn to the provision of Order 5 Rule 1 of the
rules, it is nevertheless the writer’s humble but forceful opinion that, an
interpretation of the said provision would nevertheless have no damning effect
on the posture of the law as encapsulated by the Court of Appeal for the
following reasons:

Second, Order 5 rule 1 is general in
its application to the entire provision of Order 3 rules 2 and 8 while Order 3
rule 2 sub-rule 2 is specific on the penalty for non-compliance. Again, it is
trite that a general provision cannot override specific provision on an issue.
See Kraus Thompson Org.
v. N.I.P.S.S (2004) 17 NWLR (Pt. 901) 44.

From the foregoing, one can safely opine that, the
decision of the Court of Appeal herein represents a demystification of the
Pre-action Protocol monster that has unwittingly snuffed lives out of
legitimate claims on the ground of experimental technicality with blatant
disregard for its purpose, not being an end to litigation but as preliminaries
of dispute resolution. Confirming the probable counter-productivity of the
procedure, Dr. Banire, SAN
noted in his paper that:

“Also worthy of consideration is the suitability of
mandating every claimant and his legal practitioner to comply with the
requirements of Pre-action Protocol. By virtue of Order 3, Rule 2(1)(e) and
Order 3, Rule 8(2)(d), compliance with pre-action protocol is a pre-condition
to filing a writ of summons or originating summons under the Rules. This may
turn out to defeat the very essence of litigation in matters where exigency of
time requires an immediate intervention by the court.”

Disciplining Children In Nigerian Schools: To Flog or Not To Flog | Eberechi May Okoh
List Of General Interest Sessions At The NBA 2019 AGC
Law Suit Without A Good Cause Is An Embarrassment | Emmanuel Etietop Esq