The essence of this article is to assist the
law student and lawyer to identify how and where to locate information on which
law applies or what the position of the law is in relation to any legal problem
that may confront him. The expression “sources of Nigerian law ”
refers to the materials through which a legal practitioner or a court or judge
would find reliable authorities for a particular legal question.
We can classify the sources of Nigerian law
into two aspects, namely, primary and secondary sources. The primary sources
include English law (consisting of the received English law as well the
extended English law); Nigerian legislation and subsidiary enactments; Nigerian
case law or judicial precedent; and customary law rules; including the Islamic
law where applicable.
The secondary sources of Nigerian law
comprise of law reports, textbooks, legal periodicals, law digests, legal
dictionaries, newspapers, among others. Its worthy of note that only the
primary sources could have binding force on a court of law in Nigeria whereas
the mentioned secondary sources can merely serve persuasive purposes, and are
usually relied upon where no primary source is available or applicable.
We shall be discussing the various sources in
details.
PRIMARY
SOURCES
1.1
The
English law
Any study of the
Nigerian legal system will be incomplete without a consideration of the impact
of English law. The received English law remains a veritable source of Nigerian
law. This is understandably so because of Nigera’s colonial heritage as English
law was introduced into different parts of this country following the establishment
of British colonial administration in the nineteenth century. The various
legislatures in Nigeria have thereafter made enactments which received English
law directly  into their jurisdictions or extended the force of English
statutes were usually written in general terms without specifying the
particular topic son which English statutes are received. As an illustration,
the Interpretation Act was one of such enactments . Section 45 of the Act
provided as follows:
( 1) Subject to the
provisions of this section and in so far   as other provision is made
by any federal law, the common law of England and the doctrines of equity, together
with the statutes of general application that were in force in England on the
1st of  January 1900 shall be in force in Lagos and, in so far as they
relate to any matter within the exclusive legislative competence of the Federal
legislature, shall be in force elsewhere in the Federation. “
The “statutes of general application
(commonly referred to among law students as SOGA) which were in force in
England on the 1st day of January 1900 ” have been received into all the
jurisdictions in Nigeria with the exception of Edo, Delta, Ekiti, Osun, Ondo
and Ogun States of Nigeria where these statutes have not been received in so
far as such statutes deal with matters within the legislative competence of
those States.
Similarly, section 14 of the Supreme Court
Ordinance ,1914, provides that:
(1) Subject to the terms of this or any other Ordinance ,the Common law,
the doctrines of equity and statutes of general application which were in force
in England on the 1st of January 1900, shall be in force within the
jurisdiction of this court.”

(2) to what classes of community in England does it apply?
If on the 1st January ,1900 an Act of Parliament were applied by all civil and
criminal courts, as the case may be, to all classes of the community ,there is
a strong likelihood that it is in force within the jurisdiction. If on the
other hand, it were applied only by certain courts (e.g a statute regulating
procedure),or only to certain classes of the community (e.g an Act regulating a
particular trade),the probability is that it would not be held to be locally
applicable.

Perhaps following the propositions of Osborne, CJ in the foregoing case,the
then Federal Supreme Court ,in Lawal v Younan, held  that the Fatal
Accidents Act,1846 and the Fatal Accidents Act, 1864,both of which applied to
all classes of the community in England ,were statutes of general application.
Similarly, in Braithwaite v  Folarin, the West African Court of Appeal ,in
holding that the Fraudulent Conveyances Act ,1571,was a statute of general
application said inter alia( among other things)that the statute of general
application ,applying as it does quite generally to ordinary affairs and
dealings of men without any qualification or speciality restricting its
application.
In the same vein, the West African Court of
Appeal in Young v Abina  asserted in respect of the Land Transfer Act
,1897 as follows:
“The Land Transfer Act of 1897 applied quite generally to all
establishments in England of persons dying after 1st January 1898. It is
difficult to see how a statute could be of more ‘general application ‘in
England than that ,and it was in force in England on 1st January 1900.

From all that we have discussed, it is
obvious that the English law remains a very important source of Nigerian law.
We must however quickly add that by virtue of Nigeria being an independent and
sovereign nation, foreign laws, including the English law, do not have any
binding force on our courts but may only serve as persuasive authorities. 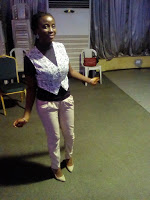