Sexual Harassment: The Role of The Law For The Vulnerable | Charles Ndubuisi Iroh 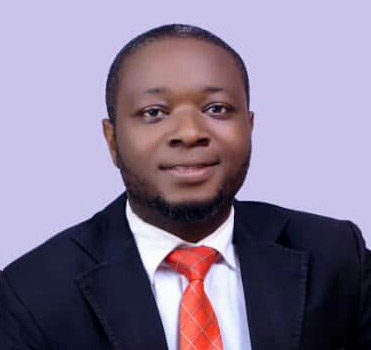 There are several cases of sexual harassment where dreams and aspirations has been shattered by randy employers, who feel entitled to every woman before them in order to offer them legitimate employment. This has become a norm in Nigeria.
In the church, a sister is sexually harassed because she is seeking for the fruit of the womb; some doctors harass their female patients; teachers harass their students sexually; the employer or supervisor would seek on employee’s promotion because she/he refused to grace his/her bed! The story is endless.
Sexual harassment denotes ‘Unwelcome sexual advances, requests for sexual favors, and other verbal or physical conduct of a sexual nature constitute sexual harassment when;
(1) submission to such conduct is made either explicitly or implicitly in a term or condition of an individual’s employment,
(2) submission to or rejection of such conduct by an individual is used as the basis for employment decisions affecting such individual,
(3) such conduct has the purpose or effect of unreasonably interfering with an individual’s work performance or creating an intimidating, hostile, or offensive working environment.’
According to the UN, harassment does not need to be sexual in nature; it can be offensive comments, gestures etc. Most importantly, both victim and the harasser can be either a woman or a man, and the victim and harasser can be the same sex. It can also occur anywhere: in the church, mosque, workplace, hospital etc. But the most common is workplace. A vital element is that such gestures or actions are without the consent of the victim.
It is in recognition of the nature of sexual harassment that both international and regional regimes have categorized it as a human rights violation. In Nigeria, the 1999 constitution has also provided for right to dignity of human person and right to freedom from discrimination. It has however been observed that no serious measures have been put in placeby the Labour Act, which is the foremost regulation that addresses labour and employment. It is silent on what constitutes sexual harassment and makes no provision for remedy. Furthermore, the provision of the Employee’s Compensation Act is too remote to provide for damages suffered by an employee.
As a result of the lacuna in the Labour law, the National Industrial Court, which has been conferred exclusive jurisdiction on matters connected to labour, work place and industrial relation matters etc. It is in relation to this jurisdiction that the National Industrial Court in case of Ejike Maduka v Microsoft and 2 Ors  held that the sexual harassment of the Applicant is an infringement on her fundamental right to dignity of human person and freedom from discrimination as guaranteed by sections 34 and 42 of the Constitution of Federal Republic of Nigeria, 1999 (as amended) and sections 15 and 19 of the African Charter on Human and Peoples Right (Ratification and Enforcement) Act.
The decisions of the National Industrial cases are in conformity with international best practices as it relates to labour law. The National Industrial Court’s jurisdiction relating to matters connected with or pertaining to the application of any international convention, treaty or protocol of which Nigeria has ratified relating to labour, employment, workplace and industrial relations matters was given statutory flavor in the case of Aero Contractors Co. of Nigeria Limited v. National Association of Aircrafts Pilots and Engineers (NAAPE) & Ors. Where the court held that the termination of the Applicant’s employment for her refusal to succumb to the sexual advances and overtures of the 3rd Respondent is a discrimination against the Applicant on the basis of her gender, and a rape on her right to dignity of her human person.
These copious provisions in our extant laws make it possible for any victim to approach the court or a judicial commission of inquiry to seek redress. However, despite these legal protections, only few people maximize the advantage of its protections. There are just a few voices like Monica Osagie of Obafemi Awolowo University, Ile Ife and Rachel Njeri of Makerere University, Uganda. The Challenges to low reportage of sexual harassment includes:
Challenges to the Legal Protection of Victims of Sexual Harassment
a. Societal Acceptance: despite the fact that sexual harassment is often instigated by men, however the society makes room for its acceptance and reinforcement;
b. Interference by family members, FBOs, community leaders etc;
c. Low Reportage;
d. Lack of awareness;
e. Poverty
Recommendation
f. Although sexual violence is primarily instigated
g. by males, it is the whole community that allows for
h. the acceptance, maintenance, and reinforcement of such
i. behaviou
j. Although sexual violence is primarily instigated
k. by males, it is the whole community that allows for
l. the acceptance, maintenance, and reinforcement of such
m. behaviou
n. Although sexual violence is primarily instigated
o. by males, it is the whole community that allows for
p. the acceptance, maintenance, and reinforcement of such
q. behaviou
r. Although sexual violence is primarily instigated
s. by males, it is the whole community that allows for
t. the acceptance, maintenance, and reinforcement of such
u. behaviou
i. Public Enlightenment
ii. Education
iii. Naming and shaming of perpetrators
iv. Awareness creation and advocacy
v. Criminalization of interference in the investigation and prosecution of sexual harassment cases
vi. Domestication of the VAPP Act in all the states
vii. Judicial activism
viii. Diversity including equal access of women in leadership roles is the most productive action to curb sexual harassment.
ix. There is a need for more information in the media on issues of sexuality, sexual health and rights for more public enlightenment.
Charles Ndubuisi Iroh,
Triax Solicitors