QUALIFICATION FOR CONTESTING ELECTIONS INTO THE NATIONAL ASSEMBLY 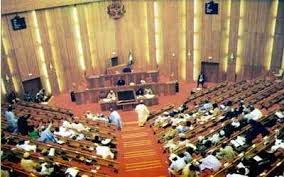 This is the 3rd
article in a series of posts informing about the constitutional requirements
for contesting elections in Nigeria, the first article was on the
constitutional requirements for contesting presidential elections in Nigeria while
the second was on contesting Governorship elections in Nigeria. This post
however will be treating the constitutional requirements for contesting
elections into the National Assembly.
You will find the provisions of
the law relating to this issue in Sections 65 – 79 of the Nigerian 1999
Constitution. One is qualified for election as a member of the Senate, if he/she
is a citizen of Nigeria; has attained the age of 35 years; has been educated up
to at least School Certificate level; is a member of a political party and is
sponsored by that party. It’s pretty much the same qualifications for
contesting in the House of Representatives, except that one must have attained
the age of 30 years to be qualified to be a member of the House of
Representatives.
Furthermore, the following Persons
are disqualified from being members of the National Assembly;
For the purpose of Senatorial elections,
INEC shall divide each state into 3 senatorial districts and 360 federal constituencies
in respect of elections into the House of Representatives. INEC is charged with
appointing the date for the elections and every Nigerian who has attained the
age of eighteen years shall be entitled to be registered as a voter for the
election provided that he/she resides in Nigeria at the time of the
registration of voters for purposes of the elections.
Adedunmade Onibokun, Esq
@adedunmade