Racism in English parlance can be defined
to be “prejudice, discrimination or antagonism directed against someone of a
different race based on the belief that one’s own race is superior.
Historically, those who openly professed or practiced racism held  that members of low status jobs and that
members of the dominant race should have exclusive access to political power,
economic resources, high status jobs and unrestricted civil rights[1]Acts of racism includes physical
violence, daily insults and frequent acts and verbal expressions of contempt and
disrespect.
This
problem of racism can be referred to as “the transformation of race
prejudice through the exercise of power against a racial group defined as
inferior, by individuals and institutions with the intentional or unintentional
support of the entire culture.” Racism teaches nothing of value and can
only breed a hatred or desire to succeed by overcoming the portrayer of the
racist action in those it affects. Either way, those who pervade these racist
attitudes will be faced with some sort of negative effect.[2] Racism has been an issue
which has been in the sports industry right from collegiate sports which can be
seen as the origin of racism in sports.
One
of the trending news which hit the sports world in the past weeks is that of
the Bulgarian Football President Mr. Brorislav Mihayylov who resigned as president
of the Bulgarian football union because of the racism witnessed at the Euro
2020 qualifier against England. It was reported that the government of Bulgaria
had pressured him to resign as the act of racisim was not accepted. Infact the
Sports Minister did say that the government would suspend its relationship with
the Bulgarian Football Union until the MrBrorislavMihayylov leaves. This act by
Bulgarian government can be said to be too extreme but really very commendable
and encouraging as it shows their stance against the menace of racism in
football. 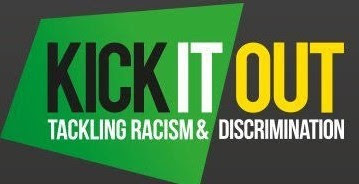 People
argue that sport is a model of racial equality, which facilitates the
integration of blacks intonsociety, provides an avenue for upward mobility for
blacks, and lacks the segregation and discriminatory problems of society as a
whole.[3]Sports organizations such
as Federation Internationale de Football Association (FIFA), The English
Football Association, Kick it out.org and the Bulgarian Football Union have
also taken a stand against racism which is very commendable. Mr. Giovani
Infantino stated during his speech at the last concluded “The Best” ceremony
stated that everyone should fight against the act of racism. We can also
observe from the Barclays Premier League games the the phrase “no room for
racism” The fight has been encouraging however more efforts needs to be put in
place to fight the disgusting acts. We have also seen football clubs boldly
come out and opin against racism for example Chelsea football club after the
racist abuse hurled at Raheem Sterling during one of the Barclays Premier
League matches had publicly rebuked the fans involved and held on its position
against racism. We have also seen top sports atheletes boldly step up to fight
the problem of racism. One name that comes to mind in this regard is Colin Rand
Kaepernick who won the heart of many for knelling duringthe national anthem of
the USA as a protest against racism in the United States.We have also had players such as Dani Alves, Patrice
Evra who are victims of racism. In as much as the fight is on and the awareness
is on, there is hope that this menace will be dealt with and every atheletewon’t
be judged by his or her colour of skin.

While
we commend the various bodies and personnel who are fighting this menace, some
posit that the issue of racism is more of an ethical issue which should be
dealt with from an ethical point of view as various ethical theories are been
analyzed. Well, we would see how that helps in the sports industry. The writer
is of the opinion that the world is a global village and accepting each other
is the best mode of survival especially when it relates to sports which is
referred to as the only bond of unity in the world.

Tobi is a tax and sports lawyer. He is currently a
management strategist at Lagos Tigers Football Club. He is also a tax associate
at SIAO partners. During his leisure, he loves to research on sports and tax
related issues.”