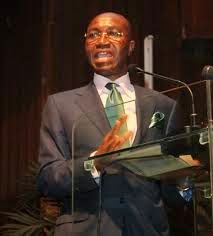 Chief Oluwole Oladapo Olanipekun, SAN was born on 18th
November, 1951 at Ikere-Ekiti. He attended Amoye
Grammar School, Ikere-Ekiti, Ilesa
Grammar School, Ilesa, the University
of Lagos and the Nigerian
Law School, Lagos.
Chief Wole Olanipekun SAN, is the founder and principal partner of
Wole Olanipekun & Co. He was conferred with the prestigious rank of a
Senior Advocate of Nigeria (SAN) in 1991 in recognition of his invaluable
contributions to the advancement of the Legal Profession in Nigeria, about 15 years after he was called
to bar. Arguably one of Nigeria’s leading barristers he has been involved as
counsel and amicus curiae in many of Nigeria’s landmark cases. He is also in
top demand internationally as an expert in Nigerian law.
Chief Olanipekun has presented over 100 papers on diverse topics on
Law, including; Economics, Politics, Literature and Corporate Governance in and
out of the country and within and without several universities. His practice areas include
constitutional law, pre and post election dispute resolution, arbitration and
alternative dispute resolution, labour law, commercial litigation, criminal law
and general practice. 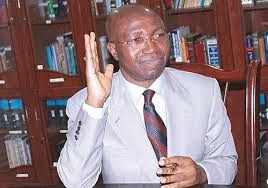 He is
presently the Pro-Chancellor and chairman of the Governing Council of Nigeria’s
Premier University, the University of Ibadan. He was President of the Nigerian
Bar Association (NBA) between 2002 and 2004. Where He
displayed quintessential characteristics and took the Association to an
enviable height. He exuded brilliancy, diligence, enthusiasm, industry,
probity, conscientiousness and unparalleled patriotism to the Nigeria Bar
Association (NBA). Under him, NBA identified and stood for justice, rule of
law, constitutionalism and with courage, opposed all forms of oppression,
repression, brutality, ruthlessness and injustice.
He has at
different times served as a member of the National Judicial council (NJC),
Legal Practitioners Privileges Committee (LPPC), Council of Legal Education,
Legal Practitioners Disciplinary Committee and General Council of the Bar among
others. A Fellow of the Chartered Institute of Arbitrators, he was also
conferred with the national honour of the Officer of the Federal Republic (OFR)
in 2012.
He is happily married to Princess Omolara Olanipekun and the marriage is
blessed with two boys and two girls, three of whom are Lawyers.

Cybersecurity: Are Fintech & I.T. Gurus Cyber-Criminals Under The Ambit Of The Law?
How to make your wealth run in perpetuity
DAY 7 PUTTING YOU FIRST PAUL USORO, SAN’S REFORM MANIFESTO FOR PRESIDENCY OF THE NBA