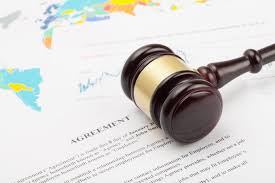 The rationale behind the
signing of international treaties is to foster peace, unity and cooperation
amongst member states, each member state is expected to enforce the provisions
of the treaties in accordance with the modalities prescribed by their laws.
However, some state parties have devised a scheme of ratifying international
agreements without taking the necessary internal steps to ensure the
enforcement of their treaty obligations, while continuing to derive various
benefits from these multilateral arrangements. The stringent requirement of
domestication of international treaties before enforceability was introduced
into the laws of some dualist state parties like Nigeria, causing a hindrance
to the speedy enforcement of treaty provisions and also creating a leeway for
member states to evade their international obligations.

Nigeria is a signatory
to several international agreements but only a fraction of such agreements have
been domesticated in our laws.[2] In Nigeria, ratifying or signing a
treaty is insufficient to obtain the force of law, there is a requirement for
domestication of such treaty before it can be enforceable. Arguments have
arisen on the propriety of such actions by state parties as amounting to a breach
of international obligations since those same state parties enjoy the benefits
of being signatories to international treaties in the territory of other member
states but in turn block the enforcement of the provisions of those
international treaties in their jurisdiction using the excuse of
non-domestication.

International agreements are
formal understandings between contracting state parties with an intention to be
legally bound. They are governed by international law and are codified into
single or multiple legal instruments. They could be bilateral or multilateral
and are usually arrived at after series of negotiations among member states. A
variety of nomenclature has been used to describe international agreements.
Some of which include: Treaties, Conventions, Protocols, Pacts, Accord etc.[3]

Domestication of an
international agreement is the process of incorporating the provisions of a
treaty into the extant laws of a country to give it force of law in that
country. It is not all countries that adopt the dualist system of domestication
of international agreements before enforceability. For some countries operating
a monist system like France, Switzerland and the Netherlands, there is no
provision for domestication before enforceability of a treaty.[4] In fact, in France, ratified
treaties upon publication prevail over their domestic laws.[5]

In Nigeria, international
agreements do not automatically have the force of law after ratification; there
is a constitutional requirement for every international treaty to be
domesticated before it can have the force of law. Section 12 of the 1999 Constitution
of the Federal Republic of Nigeria (as amended) stipulates that: “No
treaty between the Federation and any other country shall have the force of law
except to the extent to which any such treaty has been enacted into law by the
National Assembly.” As a result of this constitutional provision the
figurative hands of justice have been held captive, as judges are usually
reluctant to deliver decisions which directly conflict with the provisions of
the constitution and would generally refrain from enforcing the provisions of
international treaties which have not yet been domesticated. In Abacha
v Fawehinmi,[6] the Nigerian Supreme Court held
that: “It is therefore manifest that no matter how beneficial to the
country or the citizenry, an international treaty to which Nigeria has become a
signatory may be, it remains unenforceable, if it is not enacted into the law
of the country by the National Assembly.”

Nigeria is a signatory to
the Vienna Convention on the Law of Treaties (VCLT)[7] which regulates international
agreements between states.[8] Membership of this convention
symbolizes Nigeria’s intention to be bound by its provisions, yet it is quite
surprising that Nigeria engages in actions that are geared at defeating the
objectives of the VCLT by its unreasonable delay or failure to domesticate some
of its international treaties. The principle of pacta sunt servanda as
incorporated in the VCLT requires that “every treaty in force is binding
upon the parties to it and must be performed by them in good faith.”[9] This raises a thought provoking
question: can the prolonged delay or failure by state parties in
domesticating international treaties be termed as actions amounting to bad
faith however good their reasons may be? The VCLT provides state
parties an opportunity to make reservations if they do not agree with any
provision in a treaty.[10] It is therefore quite baffling that
a state party would go through the entire process of becoming a party to a
treaty only to end up dumping the treaty in its archives under the guise of
non-domestication.

Also, Article 27 of the VCLT
precludes a party from invoking the provisions of its internal law as
justification for its failure to perform a treaty. In this regard, it could be
argued that the failure to enforce the provisions of a treaty on the ground of
non-domestication amounts to a breach of this provision and a material breach
of the treaty in its entirety. Article 60 of the VCLT provides for termination
or suspension of the operation of a treaty as a resulting consequence of its
breach. It provides that when a material breach of a multilateral treaty by one
of the state parties occurs, the other state parties through a unanimous
agreement, may suspend the operation of the treaty in whole or in part or
terminate it either between themselves and the defaulting State or between all
the parties.[11] Though state parties are often
reluctant to enforce this provision owing to the length of time required to
obtain signatories to most treaties, yet if such measures aren’t enforced
against defaulting states, such habits that tend to frustrate the purpose and
intention of a treaty would not be discouraged.

Some Challenges Caused by
Non-Domestication of a Treaty

Failure of a state party to
domesticate a treaty causes unreasonable hardship on other member states, as
the provisions of the treaty cannot be enforced in the domestic courts of the
defaulting states. It not only discourages corporate migration and investment
into affected states, it also stunts the growth of the law in the defaulting
state. For instance, in the terrain of tax laws, a  number of
international double taxation treaties have been signed by Nigeria with other
state parties principally to avoid double taxation and prevent evasion of tax
obligations, but a handful of them are yet to be domesticated.[12] The resultant effect of this is
that persons and entities from those territories who transact business with
Nigerian companies or are situated in Nigeria cannot enjoy the privileges and
benefits of Nigeria’s treaty with their country for the avoidance of double
taxation. They would still be burdened with payment of higher taxes even though
Nigeria has signed a treaty with their country to reduce such burden.

In the field of intellectual
property law, Nigeria has signed several international IP treaties that are yet
to be domesticated. For instance, the WIPO internet Treaties, made up of the
WIPO Copyright Treaty[13] and WIPO Performances and Phonograms
Treaty[14] were signed since 1996 but have not
yet been domesticated. Asides from these, there are still other IP treaties
awaiting domestication, like the Beijing Treaty on Audio-Visual Performances,[15] the Marrakesh VIP Treaty.[16] Some of these treaties were signed
not only to facilitate access to published works for persons who are blind,
visually impaired or print disabled[17] but to also improve the growth of
the IP sector in Nigeria, unfortunately they are yet to be domesticated.

Also, in the terrain of
immigration law, Nigeria joined other African nations since 2012, to sign and
approve the ratification of African Union’s Kampala Convention for the
Protection and Assistance of Internally Displaced Persons (IDPs) in Africa to
address refugee problems and internal displacement,[18] yet as at the time of writing this
article, this convention is yet to be domesticated[19] regardless of the vulnerability of
IDPs who became displaced as a result of natural or man-made disasters like
armed conflicts, climate change, negative impact of large-scale development
projects in Africa etc.

The Attitude of
International Courts

The International Court of
Justice (ICJ) has long frowned at the use of the defence of domestic law as the
reason for a state party’s non-performance of its obligations under a treaty.
It has become much tougher for member states to evade their liabilities under
international law by invoking the provisions of its municipal law as a
justification for failure to perform an obligation under a treaty. This was the
rationale behind the birthing of section 27 of the VCLT. This principle was
further emphasized in the advisory opinion of the Permanent Court of
International Justice in Treatment of Polish Nationals and Other
Persons of Polish Origin or Speech in the Danzig Territory,[20] it was emphatically stated
that: “It should, however, be observed that…a State cannot adduce as
against another State its own constitution with a view to evading obligations
incumbent upon it under international law or treaties in force.”

The relevance of
international agreements to the rapid growth and development of any nation
cannot be over emphasized. No state can effectively succeed independently
without requiring the assistance of other nations and it is on this premise
that bilateral or multilateral treaties are formulated. Over the years, Nigeria
has actively participated in the signing of international treaties, but lesser
attention has been given to the domestication of such treaties and performance
of its obligations under those treaties. As a developing nation, it needs the
support of other nations to maintain a robust economy and enhance its
development. Therefore, its failure or prolonged delays in domesticating
international treaties is a move in the wrong direction and a constructive
breach of its treaty obligations. Rather than chickening out of a treaty with
the excuse of non-domestication, state parties like Nigeria, should ensure that
proper consultations with relevant stakeholders are made before the signing of
any treaty. Peradventure, it is interested in signing a treaty that would
largely benefit the country but contains some provisions against its interests,
it could explore the option of tabling its reservations, as provided under the
VCLT[21] before the appropriate bodies,
before embarking on signing the treaty to avoid its continuous refusal to
domesticate international treaties.[22]

International organisations
also share some part of the blame for the habitual misconduct of dualist state
parties in failing to domesticate a treaty. Their supervisory bodies need to
exert more efforts in ensuring the rapid domestication of treaties by member
states. Reasonable country-specific timelines should be set for member states
operating the dualist system to domesticate treaties and stiffer penalties
should be imposed on defaulting states to discourage misconducts geared at
defeating the objectives of international treaties.

For further information on
this article and area of law,

[2]
Nigeria is a signatory to various bilateral and multilateral treaties on human
rights, international trade, taxation,

intellectual property, women
and children’s rights, immigration etc., but only a number of them have been domesticated.
See the list of treaties signed by Nigeria and their status here: https://laws.lawnigeria.com/2018/02/23/center-for-treaties-of-nigeria-3/ accessed
27th November 2020.

[4]
In these countries, ratification of international agreement makes such treaties
enforceable without the condition for domestication, however in most cases,
treaties are ratified after approval has already been obtained from the
parliament.

[12]
Nigeria is a party to about 22 Double Taxation Treaties (DTT) out of which only
15 have been ratified. These include DTTs with United Kingdom, Netherlands,
Canada, South Africa, China, Philippines, Pakistan, Romana, Belgium, France,
Mauritius, South Korea, Sweden, Italy, Slovakia. The other treaties with UAE,
Kenya, Poland, Spain, Qatar, Cameroon and Ghana are yet to be ratified.

ratified by 24 of the 54
member states of the African Union.

assistance of Internally
Displaced Persons (IDP)s in West Africa. The engagement was flagged of
virtually on the 11th of November 2020 and piloted in three West African States
of Burkina Faso, Mali and Nigeria with sensitization and advocacy on the
domestication and implementation of the Convention in Nigeria. See “ECOWAS
Engages Stakeholders on Domestication of the Kampala Convention on Internally
Displaced Persons” available at: https://www.ecowas.int/ecowas-engages-stakeholders-on-domestication-of-the-kampala-convention-on-
internally-displaced-persons/ accessed 27th November
2020.