NBA Elections: If You Must Cry, Do Not Shed Crocodile Tears! 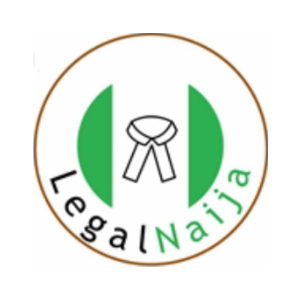 A few days ago, I read a few commentaries which were so laden with crocodile tears that I thought it necessary to write and provide this ‘mop’ to wipe our floor clean again. For context, I have reproduced two of those commentaries below:

“The entire Nigerian political and moral systems are deteriorating fast and sickening. The forthcoming NBA national elections and intrigues by some aspirants are shameful and condemnable by morally upright lawyers. Does it mean that our conscience as a noble profession is lost? Are we getting so gullible to be bought by free dinners and concerts? Trying to buy our votes through dubious and messy programmes is silly. NBA should not get into the arena of the obvious moral decadent political system of the country. This emerging morally bankrupt programmes by aspirants should be condemned by all well-meaning lawyers. If we fail to raise the wise alarm now, it will get to actual vote buying with cash as it is with the present election system in the country. Let’s all rise up against the morally bankrupt agenda of corrupt minds from taking over our national body (NBA) through dubious means.” [sic]

“When we make excuses for what is ethically unacceptable in the legal profession, I weep for our once noble profession. In the forthcoming NBA election, we as lawyers must make a distinction between those who are ready to serve and those who believe our votes can be bought by giving us appearance of being nice. Those who have not been greeting us or praying for us on social media before will start doing so now. Those who never care to pay practising fees for young lawyers will suddenly start to do so now. Those who never attend or organise social functions for lawyers, will start doing so now. Those who have nothing to offer the profession in terms of brevity and speaking out against the declining ethnic in the profession are now doing so. Those whose conduct fall far below the expected standards of conduct will be pontificating now as messiah of the Bar. We are descending to so low standard of conduct in the conduct of our election that I really don’t see the difference between our NBA election and the conventional politics in Nigeria. As lawyers we must avoid giving appearance of impropriety in our quest to occupy any post in NBA. Time has come for us as lawyers to respect our rules of professional conduct in the legal profession if we want the society to take us serious. This is what is on my mind today.” [sic]

I have refrained from producing the names of the persons who made these comments simply to protect them from the backlash of their own myopia and amnesia, details of which are discussed below. As a preliminary point, I must confess that I am tempted to respond generously to the commentators’ confusing reference to moral standards when the NBA’s 2015 Constitution as amended (the “Constitution”) clearly specifies what amounts to legally permissible electoral conduct. I must also confess that I am going to fall into that temptation with joy! So far, and to the best of my knowledge, none of the aspirants appears to have breached the electoral provisions in the Constitution, and all their conducts are legally permitted. Importing morality, without more, into this is therefore a cheap attempt to muddy otherwise clear waters, especially in the face of the highly elusive and relativist nature of morality.

What the first commentator considers as moral may be deemed immoral by someone else. So, the first commentator has no standing to declare what may amount to morally acceptable standards, or what may comprise a moral system, or who may qualify as a morally upright lawyer. Having said the above, I must state that I am not incurably positivist. Neither am I incurably naturalist. I understand the normativity of law, I understand the normativity of morality, and like Devlin and Paton, I also appreciate the moral content of law. In this respect, we should only raise questions of morality if we can show that they comprise the moral content of clear provisions of law, but the first commentator woefully failed to do that.

Interestingly, the Austin Alegeh administration and the writers of the Constitution also appreciate the moral content of law and that was why they instituted universal suffrage and electronic voting. These were designed and introduced to eliminate the highly corrupt delegate voting system through which NBA leaders were ‘selected’ in the past. I am therefore shocked by the commentators’ amnesia. They appear to have forgotten the road we travelled before getting to this point. They appear to have forgotten that they were active participants in the previous corrupt system. Permit me to refresh their memory:

When we operated the delegate system, it was an open secret that it was fraught with corruption. Candidates and their cronies had access to the delegate lists, targeted delegates, sequestered them in hotels, paid them monies, and literally bought their votes. It was a disgraceful system that had to be terminated. The commentators and their folk were around when this was going on. They were complicit either directly by monetising votes or indirectly by failing to cry as they are now doing. In fact, a story has been told of a particular candidate in a previous election cycle who had sequestered delegates in a hotel (all-expenses paid) but subsequently lost the election. The report was that the candidate angrily evicted all those delegates from the accommodation immediately he received news of his loss. Well, this is hearsay and I am not reporting it to assert its truth. I am only reporting it to prove that it was said and I heard it. To the readers who were around then and can assert its truth, wink.

Anyone who has knowledge of the previous system must acknowledge that we have made significant progress by instituting universal suffrage and electronic voting. A failure to acknowledge that is clearly a medical case of amnesia. Assuming, but not conceding, that there is any merit in the commentators’ views, how many votes can one person buy under the new system? How many lawyers can one person pay practicing fees for? How may free dinners and concerts can one person sponsor? Assuming there is someone who has that kind of capital to risk, and indeed risks it, can that person micromanage voting as was done during the era of delegate voting? The answer to this last question is clearly in the negative.

Voting, under the new system, is a private matter conducted in the comfort of the voter’s home or office. At the end of the day, the voters are free to vote as they please. The allegations of actual or perceived political inducement, therefore, not only fail to make any sense; they also insult the collective nous of the voters, who are all learned people and are capable of taking independent decisions that they consider most favourable for them and their professional association. At the very best, the actions complained about by the commentators would only result in increased voter awareness of the candidacy of particular individuals especially as voters are still free to vote as they please. The commentators’ sudden concern for the conscience of our noble profession is simply bellyaching on account of their loss of control. They want the delegate system back at all costs, so that they can control the elections and make money off it. In fact, at the 2019 Annual General Meeting of the NBA, at least one of the commentators and their cronies were very vociferous in advocating for the re-introduction of the discriminatory, inept and corruption-laden delegate voting system.

In any event, if the only complaint now is that a particular aspirant took a few people to a concert or to a dinner, then we are doing very well given our recent history. The new system may not be 100% perfect, but it is better than the delegate system by several million light years. The commentators should, therefore, stop complaining about very tangential and irrelevant matters, especially when there is clear evidence showing that the matters complained about predate these elections by several years and are not merely a gimmick. Let us focus on the key issues bedevilling the NBA. Let these campaigns be issue-based. Stop messing the campaign floors up. Save the crocodile tears for something else.