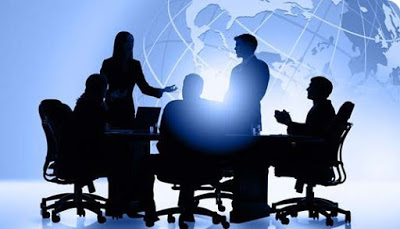 Under the Companies and
Allied Matters Act, Chapter C20, Laws of the Federation of Nigeria, 2004 (CAMA)
a resolution may be passed as ordinary or special resolution. An ordinary
resolution is one passed by at least 50% of the votes plus one while a special
resolution is one passed by at least 75% of the votes. The CAMA provides that a
company may, by its articles, provide that any matter not required by the
articles or by the CAMA to be passed by a special resolution shall be passed by
ordinary resolution. As such, all matters can be passed by ordinary resolutions
except the following:
1.     Alteration
of the memorandum of association (section 46(1) CAMA).
2.     Alteration
of articles of association (section 48(1) CAMA).
3.     Changing
the name of the company (section 31(3) CAMA).
4.     Reduction
in authorized share capital (section 106 (1) CAMA).
5.     Making
liability of directors unlimited (section 289 CAMA).
6.     Resolution
that the company be wound up by the court (section 408(a) CAMA).
7.     Resolution
that the company be wound up voluntarily (section 457(b) CAMA).
8.     Authorizing
the liquidator on the sale of undertaking of company to receive shares,
policies, or similar interests as consideration for distribution among members
(section 538 CAMA).
9.     Re-registration
of unlimited company as company limited by shares (section 52(1) CAMA).
10.  Re-registration of a company limited by
shares as unlimited company (section 51(5) and 46(1) CAMA).
11.  Re-registration of private company as
public company (section 50(1) CAMA).
12.Re-registration of public company as a
private company (section 53(1) CAMA).
13.A resolution for a scheme proposed for a
compromise, arrangement or reconstruction or merger between it and another
company (section 539 CAMA).
14.A resolution by the company to pay interest
on equity capital raised to defray the expenses of certain infrastructure
projects which cannot be made profitable for a long period (section 113 CAMA).
15.
A resolution to determine that any portion
of the company’s share capital which has not been already called up shall not
be capable of being called up except in the event and for the purposes of the
company being wound up (section 134 CAMA).
16. A resolution of the holders of a class of
shares to vary the rights attached to that class of shares (section 141 CAMA).
17. A resolution to alter remuneration of
directors fixed by articles of association (section 267 CAMA).
18.In a member’s voluntary winding up, a
resolution, on or after the appointment of a liquidator, that the accounts of
the company shall not be audited prior to its being laid before the general
meeting (section 470(6).
19.In a members voluntary winding up a
resolution to authorise the liquidator to pay any classes of creditors in full;
to make any compromise or arrangement with creditors; to compromise all calls,
and liabilities to calls, debts and liabilities (section 481).
By:
Magnus Amudi 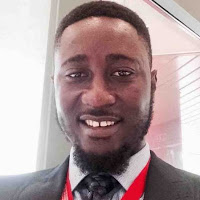 Day 23: May God's Grace Be Sufficient For Us
PUTTING YOU FIRST PAUL USORO, SAN’S REFORM MANIFESTO FOR PRESIDENCY OF THE NBA
Legalnaija Law Tip