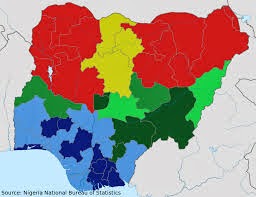 ‘FINANCIAL Literacy’, according to the Organisation for Economic
Co-operation and Development, financial literacy is defined as:
“Knowledge and understanding of financial concepts, and the skills,
motivation and confidence to apply such knowledge and understanding in
order to make effective decisions across a range of financial contexts,
to improve the financial well-being of individuals and society, and to
enable participation in economic life.” With this definition, I will
explore the different methods of using local languages to promote
financial literacy in Nigeria. I believe that the main purpose of
financial literacy is to ameliorate the economy in Nigeria.
There are hundreds of local languages spoken throughout Nigeria, the
eight most widely spoken being English, Yoruba, Hausa, Igbo, Ibibio,
Kanuri, Edo and Fulfulde. Considering how Nigeria was formed of these
different tribes, there are subtle cultural differences between them.
These differences must be taken into consideration as they would reflect
on the attitudes of the people and their way of communicating. This
then poses the question: “Should we use local languages in the first
place, or use a universal language to educate the people?” This is an
interesting question as there are multiple sides to this metaphoric
coin. Although, the use of a universal language i.e. English, would mean
that educating the masses would be far simpler as there could be
seminars held in a location that is suitable for all people to attend;
the person leading the seminar would also only need to be able to speak
English in order to communicate with the entire audience.
However, this method may not necessarily work. Using a generic language
requires those who are not familiar with this language to have to learn
it and be educated in it. This is a sufficient method for young
children, provided they have suitable teachers; however it does not
cater for adults. One’s ability to learn a language diminishes as one
grows older. The technical terms that are used in such a matter are far
more difficult for a non-native speaker to have to learn.
We must
not assume that those who are educated are financially literate. There
may well be people that have fantastic jobs that are not aware of how to
maintain their income and how to save properly. Being financially
literate is not only understanding how the economy works, but also
knowing how to manage one’s own personal finance.
There is a
correlation between financial literacy and financial inclusion: those
who are financially illiterate would also be financially excluded. As of
2010, 46.3 per cent of Nigerian adults were financially excluded. This
is almost half of Nigeria’s adult population; as a result, the
percentage of financially literate adults is bound to be low. In order
to promote financial literacy, we must first address those who are
financially excluded. It is my belief that the majority of those who are
financially excluded live in the more rural parts of the country. Out
of Nigeria’s 163 million people, 49 per cent of them are living in rural
parts of the country.
The majority of these people would be
uneducated and are either not aware of the support that a bank can
provide them with; or simply live too far away from the nearest bank.  A
way to tackle this would be to create small branches in nearby towns
and subsequently send teams to the individual villages where the
majority of the financially excluded live.
Using local
languages puts the people at an advantage. The topic specific words are
far simpler to comprehend in one’s own language, as it does not require
one to have already mastered the foreign language. The main goal is to
make the people financially literate; therefore using their local
languages would be the most sensible method of doing so in this
instance. 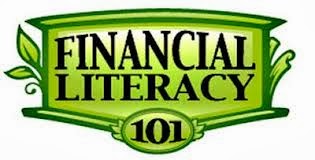 By holding seminars in rural towns and
villages, we will be able to create awareness for the inhabitants whilst
communicating with them in their own regional dialects. A new form of
education could be instated by Central Bank. As teenagers are going to
be the next generation of people who impact the economy, making them
financially literate would have a great effect. The communications
department could create a team of teachers to travel to local village
schools, where they can educate the pupils in their own language.
Bearing in mind that many students will not necessarily see the need for
financial literacy at their age, there are particular methods that
should be used, which teenagers will find relevant and engaging. Visual
presentations could be developed to give them a basic understanding of
financial education. Board games similar to the likes of Monopoly, that
teach the value of saving, could be introduced in order to provide the
children with an understanding that they could then translate into their
own financial standings when they become young adults.
The
largest part of Nigeria’s exports, aside from oil, is Nigeria’s
agricultural products. Therefore, it is essential that the farmers are
aware of how to manage their finances properly. However, many farmers
are financially excluded and are not utilising their assets properly.
The Central Bank could set up miniature farmer’s business schools that
teach farmers more agronomic methods on how to grow their crops. The
cost needed to train a farmer on how to manage their finances and how to
harvest in the most efficient manner is a mere N3000 per farmer.
Alternatively, CBN could host an outreach programme in which they have
several teams that accumulate farmers in the local areas and run
workshops and hold lectures on how to become financially literate. As
most farmers that live in the rural areas of Nigeria would not have a
grasp of the English language, the best alternative is for these teams
to be fluent in the local language of the area. The benefits of this
method are that the farmers would feel far more comfortable being able
to relate with the CBN staff in their own language; moreover, as there
would be a group of farmers from the same area, there would be a level
of understanding amongst them which would enable them to learn more
effectively.
According to Africa Finance Forum, the most
financially excluded people in Africa are the women. In order to tackle
this issue, we could create workshops in the markets of more rural towns
in order to develop the financial literacy of the women. Nigeria is
primarily a cash based economy. If CBN were able to create small teams
to promote the use of debit and credit cards, this would automatically
increase financial literacy, as the people would have to know how to use
their accounts, and in turn financial inclusion. The small scale
seminars would have to be held by someone who has a strong grasp on the
native language of the area in order to ensure that all of the women
receive the valid information necessary to become more financially
literate. Giving women a sense of financial importance within our modern
society promotes their sense of financial confidence, thus including
more women along with their personal, as well as business ventures and
projects, within the financially literate sector of our nation.
In conclusion, it is evident that there is a lack of financial literacy
amongst a large proportion of the Nigerian population. But the CBN is
in a position to create awareness of the issue to those most affected.
To do this, one must address the aforementioned parts of society in the
local language, in order to ensure that the target group feel
comfortable and do not feel that they are being oppressed by a foreign
language.  This contributes to the elimination of financial illiteracy,
and promotes a more healthy and profitable relationship between the
marginalised, and the financial sector of this nation.
•
Akindele is a 16 year-old student at African Leadership Academy. He
recently won the Sylvia Trott Prize for Languages for his achievements
in foreign languages, gaining A*A*A*A in Japanese, French, Spanish and
Mandarin respectively.  He has been nominated to receive the Lord Lexden
Academic Achievement Award at the House of Lords in March 2014.

IN SUPPORT OF PAUL USORO, SAN BY CHIEF KANU AGABI, SAN
The formation of Group Company, Holding Company and Consortium in Nigeria
Taxation Of Athletes And The OECD Model