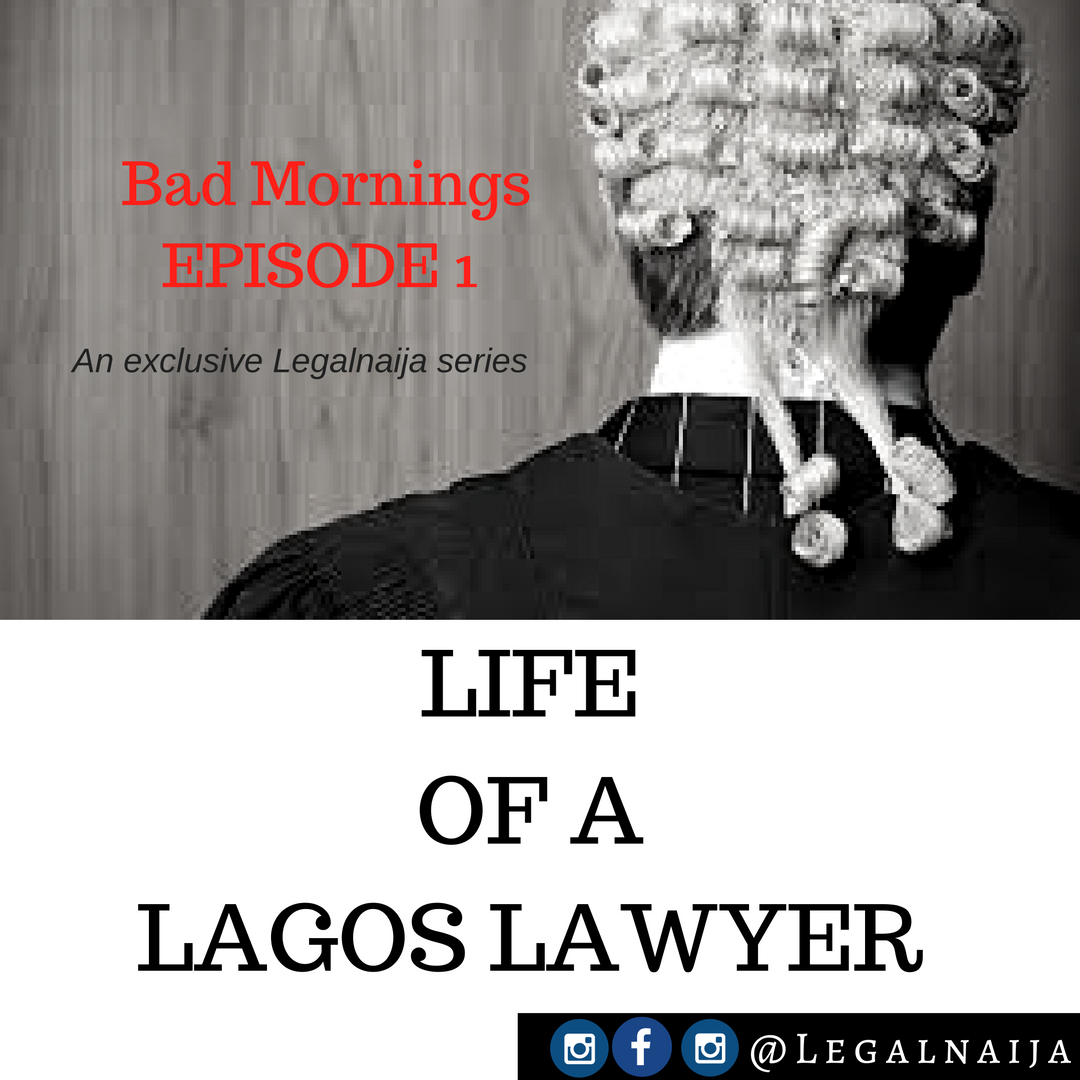 It was a very beautiful
day and I woke up feeling great. Like an angel had visited my bed side during
the night and whispered to me that I was waking to one of the best days of my life.
Jeffery, my driver, had detailed the custom Mercedes Benz S-Class and as the
smell of the rich and luxurious leather drifted in my comfortable back seat, I
could not help but notice my face on the cover of the Forbes Africa magazine
being displayed on the news stand with the caption “The Best Lawyer in The
World” written under my name.
As we drove into the exclusive section of the Eko
Atlantic, where my law firm sits on the most expensive piece of property in
Lagos, I could not help but smile, I had done a great job and built a world
class legal practice.  Jeffery, once
again was getting the door, we had arrived and as I stepped out I could see my
secretary walking up to me with a cup of coffee, Newspapers and shouting at the
top of her voice “D-Law! D-Law! wake up, wake up, it’s almost 6.30, you will
miss the BRT bus.
I opened my eyes and
Godwin, my flat-mate, looked down on me with pity, like he sensed he had
interrupted a sweet dream by the strange way I was looking at my surroundings. “D-Law,
sorry I woke you but I noticed its 6.30 and you weren’t awake yet”. 6.30! I repeated,
as I half-jumped off the bed, my mind coming to full alertness. If it was
6.30am and I was still at home, then I was already late for court proceedings and
my boss will remove another N5,000 from
my salary. That however was not my immediate worry, the most important thing
was to get to the BRT bus stop in record time if I still wanted my job, the BRT
queues in Ketu were notoriously long and it could take an hour just go to get
on a bus.
As the BRT bus pulled out
of the park 45 minutes later and began its ride all the way to CMS and the body
odour of the passenger standing beside me hit me like a wave, I could not help
but remember my dream and shake my head, this was a bad morning. “Be a lawyer”,
my teacher had said, “you will be a professional”.
I wish I had rather followed
the advice of my friend, segun, who had dropped out of school to face his
passion for music, now he has a hit song titled “shake, shake your talents” and
has a fleet of cars parked in his mansion in Lekki Phase 1 with a bevy of beautiful
ladies fighting for his attention. I had decided to remove all distractions and
face my career when I found out my girlfriend’s cousin, who had bought my girlfriend
an Iphone 7 and gives her a 50k monthly allowance was not actually her cousin.
I confronted her but she told me “only if I were an enemy of her progress will I
ask her to stop seeing him”. Anyway she called off the relationship, two weeks
after that. “No time for a scrub in this recession”, she had written in her
last text message.
As I alighted from the BRT
bus, a text message arrived on my phone. The caller Id of the sender read “Oga”
and the text read “Court has started sitting, but you aren’t here yet, this is
extremely irresponsible of you, 5K will be deducted from your salary”. Oga,
leave story o…………….
Pls join us next weekend
for another episode of “Life of a Lagos Lawyer”. An exclusive Legalnaija series.