LEGAL RIGHTS OF THE NIGERIAN CHILD 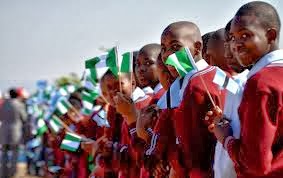 Best interest of a
Child to be of paramount consideration in all actions
–
Section 1, Child’s Right Act (2003)

In Nigeria, children’s Rights are protected by law and held
sacred, not only does the law protect the child; it also stipulates punishment
for adults who take advantage of children or seek to negatively influence them.
The law seeks to prevent cruelty against children while stating the rights and
obligations of the Nigerian Child.
Prior to the 2003 Child Rights Act, Nigerian child protection
was defined by the Children and Young People’s Act (CYPA), a law relating
primarily to juvenile justice. In 2003, Nigeria adopted the Child Rights Act to
domesticate the Convention on the Rights of the Child. The United Nations
Convention on the Rights of the Child (UNCRC) is an international human rights
treaty that grants all children and young people (aged 17 and under) a
comprehensive set of rights.
In regard to legal contracts, the Act states that No child
shall enter into a contract, except as provided by the provisions of the Act
and any contract, except a contact for necessaries, entered into by a child for
repayment of money lent or for payment of goods supplied to the child, shall be
void. Other rights of the Nigerian child according to Part II of the Child’s
Right Act include:
– Right to survival and development.
– Right to name.
– Freedom of association and peaceful assembly.
– Freedom of thought, conscience and religion.
– Right to private and family life.
– Right to freedom of movement.
– Right to freedom from discrimination.
– Right to dignity of the child.
– Right to leisure, recreation and cultural activities.
– Right to health and health services.
– Right to parental care, protection and maintenance.
– Right of a child to free, compulsory and universal primary
education, etc.
– Right of a child in need of special protection measure.
– Right of the unborn child to protection against harm, etc. 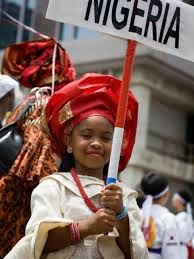 Anti-Dollarization Policy: Managing Reality – Issues And Discontents
ONE WAY TO REDUCE COST OF LITIGATION FOR COUNSEL AND PARTIES
REMEDY FOR UNLAWFUL DETENTION