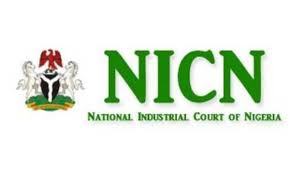 Case law authority is that the National Industrial Court of
Nigeria (NIC) has jurisdiction over service conditions in the military but only
upon fulfillment of prescribed condition precedents. This means that when a
dispute arises over service conditions in the military there is a multi-tier
dispute resolution procedure that requires the aggrieved soldier, rating or
aircraftman and officer to undertake certain steps in an attempt to settle the
dispute internally before resorting to court action. It is important to note the binding
nature of the multi-tier dispute resolution procedure in the military; whether
it constitutes jurisdictional condition precedent to the commencement of action
at the NIC, and the consequences of a party’s failure to comply.

Redress of Complaints in the Military

Section 178 (1) of the Armed Forces
Act, Chapter A20 Laws of the
Federation of Nigeria 2004, provides that if an officer thinks
himself wronged in any matter by a superior officer or authority and on
application to his commanding officer does not obtain the redress to which he
thinks he is entitled, he may make a complaint with respect to that matter to
the Armed Forces Council. A similar procedure is provided under section 179 of
the Act for lower rank officials, that is, a soldier, rating or aircraftman.

Where a Complaint is brought under
these provisions, it is to be resolved within three months of the complaint.
The initial complaint is to be Commanding Officer of the aggrieved officer. A
further right to appeal lies to the Armed Forces Council. In the case of junior
officials however, a further right of appeal lies to any Army, Naval or Air
Force officer under whom the complainant is for the time being serving, being
an officer not below the rank of brigadier or corresponding rank.

Sub-section (3) provides that an
officer who feels he has been wronged in any matter shall first exhaust the
administrative remedies available to him under the provision above before
embarking on any other action. Sub-section (5) states that no officer is to be penalized
or victimized for bringing a complaint in accordance with the Act “if the
complaint does not contravene a provision of this Act”. This implies that
non-compliance with the provision of the Act will not only invalidate the complaint,
it will also constitute a punishable offence under the Act. It is suggested
that non-compliance should only invalidate a complaint without more.

The courts have held in
the cases of Lt. Col. Garba v. Nigerian
Army & Others (Suit No. NICN/LA/611/2016) and Col. Ositadinma Uche Nwankwo (RTD) v. Nigerian Army & 7 Others (Suit
No. NICN/ABJ/317/2016) that an aggrieved military service official must first
exhaust the administrative remedies provided under the Armed Forces Act before
approaching the NIC. Sections 178 and 179 of the Armed Forces Act, Cap. A20 LFN
2004 provides
that a soldier, rating or aircraftman who thinks himself wronged in any matter
by a fellow serviceman or authority shall
first seek redress from his commanding officer.
Where the complainant is an ‘officer’ and is not satisfied with the
decision of the commanding officer, a further right of appeal is available to
him with respect to the matter to the Forces Council. What it means is that the
NIC will only be able to assume jurisdiction in the matter after the
administrative remedies in the Armed Forces Act are shown to be have been
exhausted.

In the case of Lt. Col. Garba v. Nigerian Army & Others,
the claimant, a Lieutenant Colonel in the Nigeria Army, sued his employer
(Nigeria Army) and other relevant constituted authorities in the Nigeria Army.
He contended that by a notification of retirement dated 2nd November 2014, the
Nigeria Army (sued as the 1st defendant) notified him that he will be due for retirement
on 31st May 2015. He was then offered to apply for voluntary retirement to the
Office of the Chief of Army Staff (sued as 2nd defendant) not later
than 31st December 2014 so that the 1st defendant may not consider him for
compulsory retirement. He was then directed to proceed on terminal leave by
28th February 2015. The last sentence of paragraph 2 of the letter of
notification of retirement of 21st November 2014 stated thus: “Please note that
your disengagement from Service is subject to the approval of the Army
Council”.

The claimant, by a
letter dated 19th December 2014, accepted the offer and applied for
voluntary retirement due to failure of Promotional Board 3/2014 examination as
he was earlier directed. The 2nd defendant, by a letter dated 29th December
2014, forwarded the claimant’s application for voluntary retirement to the Army
Headquarters Department of Military Secretary Departments for further necessary
action. Specifically, the letter stated thus: “I am directed to respectfully forward a copy of Reference A on
subject in respect of the above named officer for your necessary action,
please”. There was no evidence before the court, other than mere averments,
that the 2nd defendant accepted the claimant’s application for voluntary
retirement as the claimant pleaded. Also, the 2nd defendant (as
contended by the claimant) did not issue the claimant with a certificate of retirement; nor was he paid any of his retirements
entitlements. Instead, by a letter of 1st June 2015 the 2nd
defendant approved the suspension of the claimant’s retirement, ‘until investigation
involving the claimant, Chisco Transport Limited and the Nigerian Army is
concluded.’ This action was premised on section 43(a) of the Armed Forces Act.

The Court, in Lt. Col. Garba’s case, held that the
claimant was a military officer at the time of institution of the case. As a
result, the claimant was a person subject to service law governed by the
Nigerian Armed Forces Act, Cap. A20 LFN 2004. The court further held that the
claimant’s retirement notice from the Nigerian Army was effectively suspended
in accordance with section 43(a) of the Armed Forces Act Cap. A20 LFN 2004,
hence he was not issued with a mandatory
Certificate of Retirement which could have formed the basis of retirement in the
Nigerian Armed Forces.

Notably, the court
emphasized that section 178 of the Armed Forces Act aforesaid provides ample
channel of administrative remedies for any alleged wrong done to any officer in
the service of the Nigerian Armed Forces which requires as part of service
discipline, to be exhausted before an officer can seek redress or embark in any
other action including seeking redress in court. In the end, the case of the
claimant failed because as an officer of the Nigerian Army he failed to comply
with the relevant provisions of the Armed Forces Act before bringing the case
before the court (NIC). The court, in the case of Col. Ositadinma Uche Nwankwo (RTD) held that fulfilling the
requirements of section 178 is mandatory and admits of no exception; as such
any failure will render the suit incompetent.

It is pertinent to note
earlier Court of Appeal decisions on the mandatory nature of compliance with
section 178 of the Armed Forces Act. In the case of Major General Ovo Adhekegba v. The Honourable Minister of Defence &
Others (2013) LPELR – 20154, the court held that “The wordings of Section 178, with particular reference to subsections
(1) and (2) are quite clear and unambiguous. An aggrieved officer must first
complain to his superior officer and if still unsatisfied, he then complains to
the ‘Forces Council’”. In fact, the case of Wing Commander Yusuf Garba Mshelia v. Nigerian Air Force & Another (2014)
LPELR – 23732 went the extra mile to hold that the duty enjoined under section
178 is one that is not only imposed on the officer but also one imposed on the
Forces Council itself. Thus in the words of the Court of Appeal:

The
refusal of the Forces Council to respond to the letter for redress by the
appellant is condemned. The law imposed a duty on it, to consider the
complaint, investigate it and grant the necessary redress if any. Its failure
to act is a dereliction of that duty. The Armed Forces as a body, is supposed
to be exemplary, in discipline, the world over. To violate the law and retire a
member of that body in consequence is not an exhibition of discipline or
exemplary conduct. To refuse to act in accordance with section 178 of the Armed
Forces Act 2004, and to continue to keep the appellant in suspense, is an abuse
of office, calculated at denying the appellant the right to seek redress in a
court of law…

The
NIC is now firmly established as a specialized tribunal with exclusive
adjudicating power on matters relating to or connected with labour and
industrial relations laws. However, the
law is settled that where a party fails to satisfy a condition precedent to the
institution of an action, the action instituted by a party is premature and
consequently incompetent. See Omaliko v.
Awachie (2002) 12 NWLR (Pt. 780) 1. It is only logical that the remedy
prescribed by law must be exhausted before recourse to the law court. See also Ajibi v. Olaewe (2003) 8 NWLR (Pt. 822)
237. It is important to note the binding nature of the multi-tier dispute
resolution procedure in the military; whether it constitutes jurisdictional
condition precedent to the commencement of action at the NIC, and the
consequences of a party’s failure to comply.