Ivie Omoregie – Is Your Domestic Staff Paying His Tax? 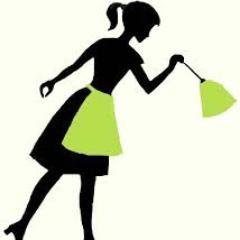 I was having a conversation on tax with one
of my girlfriends, and she just couldn’t fathom why her driver who is making
N45k a month is expected to also pay taxes – especially in this harsh economy.
Her argument was that “what’s the point in paying tax when “they” don’t use it
to do what they are supposed to do, all they know is how to share money…. Road
we no get, NEPA get spiritual problem, police na to collect money for road side
dem know, if robbers dey my house dem no go show”. Having lived in Nigeria for
some time, I understood her argument.  However, I had to stress that this
does not invalidate the law; to be deemed as a law abiding citizen, one has to
behave accordingly.
Nigeria’s Need For An Improved Tax Regime
Economists across the globe are in unison
when conceding this is a very fascinating period in the history of Nigeria; the
wonderful part is the fact that no one seems able to predict what might happen
next.
Recently, after many months of
deliberation, the 2016 “Budget of Change” was finally passed by the President.
Even from a casual look at the budget one thing that is very clear is the fact
that the budget is greatly dependent on increased borrowing. The rationale
behind this is that by pumping money into the system, and using same for the
development of several sectors, we ‘should’ see an immediate alleviation of the
forex pressures the country has been recently facing. ‘Eventually’, these
sectors will yield substantial returns. The tentative plan for the repayment of
this new debt being mostly money generated from taxes.
There have been rigorous efforts to make
the Nigerian tax regime significantly more efficient; historically it has been
weakened by the countries relaxed dependency on revenues being generated from
Oil and Gas activities. However, as we are all probably aware, with the fall in
oil prices and the reoccurring issues clouding that sector generally, the
urgent need to revitalise the country’s tax regime has become increasingly
glaring. Even the layman knows that taxation in this jurisdiction cannot be
compared to that of foreign counterparts – whether comparing the tax rates or
the effectiveness of collection.
There appears to be an intention to
rejuvenate the various streams of income generated from taxes – from Value
Added Tax to Companies Income Tax for smaller companies – we have already seen
the recent introduction of the N50 stamp duty levy for all transfers made into
current accounts. The eventual reality of this new budget is the layman being
obliged to comply with their statutory responsibility to pay taxes, thus
further feeling the squeeze.
Definition of Low Cadre Employee
The term “Low Cadre Employee” refers to
employees offering unskilled manual work, as well as office and administrative
support. Thus the driver, the cook, the nanny and the cleaner are all captured
by this term.
Persons Subject To Tax

An Assessable Person is the person upon whom tax is assessed and collected; the
term captures individuals, sole proprietors, partnerships, communities and
families, as well as trustees and executors. An Assessable Person may be a
nomadic worker who constantly moves around as well as persons working in a
structured stable environment. An Assessable Person, whether artificial or
real, must reside in any part of the country in the particular year of
assessment; however, there is express exemption granted to religious and
charitable organizations, labour organizations and governmental boards, states
and corporations.
As we can see, the definition of Assessable
Person includes all low cadre employees.
With the exception of companies, the
Personal Income Tax Act (PITA) regulates the tax obligations of the above
mentioned persons.
“Pay as You Earn”
This is a method of collecting Personal
Income Tax directly from employees’ salaries and wages; the employer deducts
the requisite amount and then pays the employee the balance, as provided by
S.81, PITA.
Under this section, every employer is required to file a return with the
relevant tax authority for all emoluments paid to its employees, with respect
of all employees in its employment in the preceding tax year.
PITA describes emoluments as being the total wages, salaries, allowances
(including benefits or perquisites that accrue to a person by reason of the
person’s employment), gratuities, pension, superannuation and any other income
derived solely by reason of that employment.
Applicable Tax Rates
The applicable tax rates are the same for
all industries and operate on the basis of prescribed intervals. Thus the tax
rates increase as the income received by the employee for that particular tax
year increases.
The scale is as follows:-

A defaulting employer shall be liable upon conviction to pay a penalty
consisting of the total of the tax withheld or not remitted, as well as 10%
premium; interest on this combined amount shall be charged at the prevailing
Central Bank of Nigeria rate. The employer shall also be liable to imprisonment
for a period not exceeding 3 years.
Conclusion
Many employers of domestic staff do not appreciate the fact that they are
required under the provisions of this Act to make deductions from the salaries
of their employees and pay same to the relevant tax authority.
The ramifications of this is that, they
have left themselves liable to the mercy of a regime that is about to acquire
significant debt and seriously looking for money.
The FIRS has stressed that every citizen
must be in compliance with the provisions of this Act in order to ensure the
availability of funds for sustainable national development.

Who can legislate data protection in Nigeria? An Opinion by Olumide Babalola
How to Use an Affidavit of Loss
Building Blocks For Successful Lawyer Marketing