HOW TO AMEND THE NIGERIAN CONSTITUTION 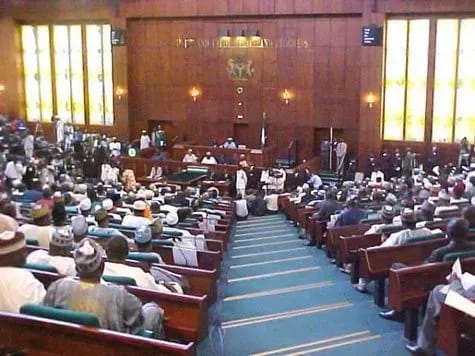 Usman could not believe
his ears as he listened to the morning news update in his Toyota Camry while
driving to drop the kids off in school. According to the reporter, the Senate would
begin the process of amending the Constitution to include a clause granting
immunity from prosecution to the Senate President, the Speaker of the House and
the Chief Justice. Usman immediately felt bitter, he and his friends had always
concluded that the Senate only thought about themselves and never about the
common man. They had always argued that there were a number of provisions in
the Constitution which needed to be reformed to make the law more agreeable
with the changing society but granting immunity to more public officials was
not in their books, they were rather of the opinion that the immunity clause
should be totally removed from the Constitution.
On arriving, at the
office, Usman decided to place a call to his lawyer Felix to inquire what the
procedure for amending the constitution was. Felix informed Usman that the procedure
for amending the Nigerian Constitution could be found in Section 9 of the
Constitution itself. It states that;
9. (1)
The National Assembly may, subject to the provision of this section, alter any
of the provisions of this Constitution.
(2)
An Act of the National Assembly for the alteration of this Constitution, not
being an Act to which section 8(State creation & boundaries) of this
Constitution applies, shall not be passed in either House of the National
Assembly unless the proposal is supported by the votes of not less than two-thirds
majority of all the members of that House and approved by resolution of the
Houses of Assembly of not less than two-thirds of all the States.
(3)
An Act of the National Assembly for the purpose of altering the provisions of
this section, section 8 or Chapter IV(Fundamental Human Rights) of this
Constitution shall not be passed by either House of the National Assembly
unless the proposal is approved by the votes of not less than four-fifths
majority of all the members of each House, and also approved by resolution of
the House of Assembly of not less than two-third of all States.
(4)
For the purposes of section 8 of this Constitution and of subsections (2) and
(3) of this section, the number of members of each House of the National
Assembly shall, notwithstanding any vacancy, be deemed to be the number of
members specified in sections 48 and 49 of this Constitution.
The above serves as the
provision of the Constitution regarding its alteration. It specifically states
the number of members of the Senate and the State House of  Assembly need to support a proposal to amend
the Constitution before it could be rightfully altered.
Usman was quite surprised
to find out that altering the Constitution was quite a cumbersome process and
was secretly hoping that the Senate was not successful in its new bid to
include an immunity clause for any more public officials and if the Senate insisted
on the proposal, he will be the first to start a petition asking that the
representatives of his constituencies be recalled.
Adedunmade Onibokun Esq
@adedunmade
dunmadeo@yahoo.com

Excerpts from Mr. Paul Usoro, SAN's Speech at the meeting held with members of the NBA, Okitipupa Br...
WHY WE NEED TO CHANGE THIS NATION
Names of Counsel that should appear in judgement of court; highlighting the Court of Appeal’s decisi...