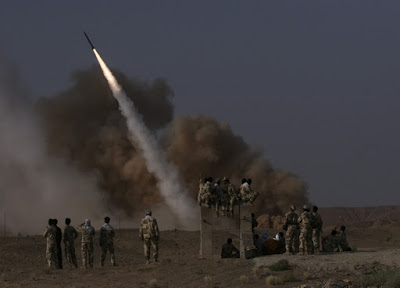 The Hague Code of Conduct
Against Ballistic Missile Proliferation was formally brought into effect on
November 25, 2002, at a launching conference hosted by the Netherlands in The
Hague. The U.S. participated in the conference and is one of 93 original subscribing
states to the HCOC (formerly known as the International Code of Conduct Against
Ballistic Missile Proliferation). As of June 2016, 138 countries have
subscribed to the HCOC.

The HCOC is aimed
at bolstering efforts to curb ballistic missile proliferation worldwide and to
further delegitimize such proliferation. The HCOC consists of a set of general
principles, modest commitments, and limited confidence-building measures. It is
intended to supplement, not supplant, the Missile Technology Control Regime,
and is administered collectively by all subscribing states. Nigeria is a
subscribing state.  Other African States
include Algeria, Egypt, Djibouti, Somalia, South Sudan, Ivory Coast,
Togo, Equatorial Guinea, São Tomé and Príncipe, Angola, Namibia, Botswana,
Lesotho, Swaziland, Mauritius, Zimbabwe
The HCOC is the result of
international efforts to regulate access to ballistic missiles which can
potentially deliver weapons of mass destruction. The HCOC is the
only multilateral code in the area of disarmament which has been adopted over
the last years. It is the only normative instrument to verify the spread of
ballistic missiles. The HCOC does not ban ballistic missiles, but it does call
for restraint in their production, testing, and export.
By subscribing to the
HCoC, members voluntarily commit themselves politically to provide pre-launch
notifications (PLNs) on ballistic missile and space-launch vehicle launches
(SLVs) and test flights. Subscribing States also commit themselves to submit an
annual declaration (AD) of their country’s policies on ballistic missiles and
space-launch vehicles.

According to Nicolas
Kasprzyk, “the African continent is almost free of ballistic missile activities.
In the 1970s, building on activities it had undertaken on short-range missiles,
South Africa clandestinely developed a longer-range missile capacity as a means
of delivery for nuclear warheads. The programme was successful, resulting in a
missile system that could have delivered a small nuclear payload over a long
range. In 1993, the decision was taken to halt and fully dismantle the
programme”.

He further shares that, the
AU’s Common African Defense and Security Policy, adopted in 2004, identifies
‘the accumulation, stockpiling, proliferation and manufacturing of weapons of
mass destruction, particularly nuclear weapons, chemical and biological
weapons, unconventional long-range and ballistic missiles’ as a common external
threat to continental security in Africa. This provides the policy framework to
deal with matters related to ballistic missiles, but in practice, not much
attention is given to such missiles. This is also noted in the recent report of
the Chairperson of the AU Commission on Arms Control, Disarmament and
Non-Proliferation.

He believes African states
stand to gain strong political benefits from positioning themselves more
assertively on the matter of ballistic missiles. This would be consistent with
the continent’s ambition to rise as a global power. It would also give more
strength to African views and claims related to general and complete
disarmament, since ballistic missiles capable of delivering weapons of mass
destruction are part of the equation.