Does the Supreme Court still have the Power to Hear Appeal on Grounds of Mixed Law and Facts? By O.G. Ogbom, esq. 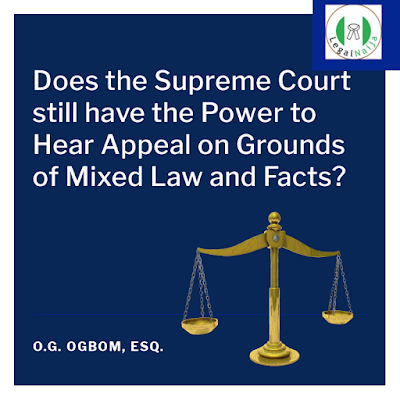