Cutlasses to Drones: How Nigeria’s Restriction on Drone Usage is Delaying the Birth of a Tech -Driven Agro Economy 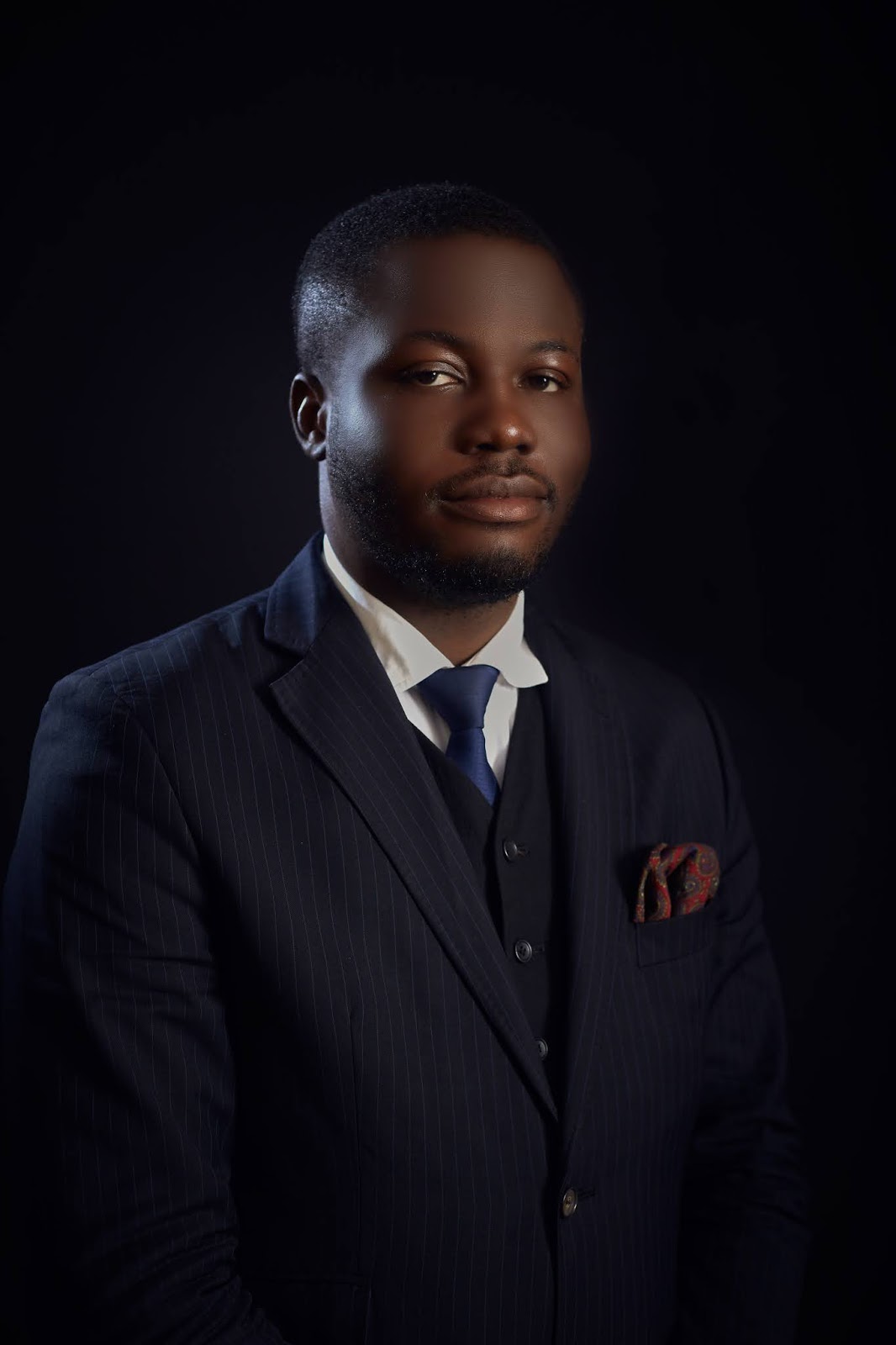 “Intellectual innovation could only occur in the kind of
tolerant societies in which sometimes outrageous ideas proposed by highly eccentric
men would not entail a violent response against ‘heresy’ and ‘apostasy.”

In 2015, Tanzanian authorities
revealed that between 2009 and 2014, as much as 67,000 elephants were lost to
poaching activities in the country.[1]
To help in addressing the nation’s poaching problem, Bat hawk Recon, a
Tanzanian start up, began deploying drones to help provide the much needed
surveillance for tracking and apprehending elephant poachers. Zipline, an
American robotics company has successfully aided the Rwandan government to
reduce maternal mortality by deploying its drones to transport blood donations
to inaccessible parts of the country.

Similarly, The ThirdEye Project in Kenya
currently helps farmers reach informed decisions on how best to optimally
utilise water, fertilizer and labour on their farms by flying sensor-equipped
drones capable of detecting farm areas where these scarce resources are most
needed.

The above are just but a few instances of the
numerous benefits obtainable from drone application to societal challenges in
Africa. Naturally, it would be expected that the Nigerian government like its
African counterparts would similarly deploy drone technology to address
peculiar challenges. To the disappointment of many however, the Nigeria Civil
Aviation Authority (NCAA), in May 2016, placed seemingly tight restrictions on the
usage of drone technology in the country. It is the argument in some quarters
that the restrictions placed by the government are well founded considering
that drone technology regardless of its positive applications in bettering
mankind, can also be deployed for destructive, immoral and debauched ends. For example,
CNN reported in 2019 that domestic drones carelessly flown at an airport in
Gatwick, England affected, the flights of over 100,000 passengers.[2] Similarly,
in what has been described as the ‘biggest drone conspiracy in history’ by
British authorities, the BBC in 2018 reported the jailing of a 7-man gang
following their conviction for using drones to transport drugs worth over
£500,000 into a United Kingdom, UK prison. [3]

On the other side of the divide, the popular
argument is that overbearing restrictions on the technology would only operate
to deny Nigeria from exploring the numerous positive applications of drones in
healthcare, education, trade and indeed agriculture, the focal point of this
article.

The
Application of Drone Technology to Agriculture

Drones have been innovatively applied to
farming practices and agriculture at large in a myriad of ways:

1.
They are currently being utilised by
mechanized farmers to analyse soil conditions with a view to improving crop
yield, determining soil nutrient deficiency, amongst other things. This is
typically achieved by equipping drones with sensors programmed to collect and
analyse data upon which farmers can take informed steps targeted at improving
soil conditions/quality (for example; mulching, planting cover crops and the introduction
of organic matter for better soil quality).

2.
In a faster and more efficient manner,
planting is now being carried out by farmers who deploy drones to shoot seeds
into the soil. DroneSeed, an American start-up is currently using this
technology to plant more trees and cover more acres in its reforestation
campaign in the United States, a feat not attainable when slower and more
expensive manual labour was employed.[4]

3.
Farmers are also using drones equipped with
multispectral and hyperspectral technology (imaging technologies used to
clearly define targeted objects) to detect and treat farm areas infested with pests,
weeds and diseases. The use of drones in spraying farms to combat infestations
also helps in reducing the risks associated with exposure from handling
pesticides. Furthermore, with the data generated from drone flights over farms,
farmers are not only notified of the mere presence of maleficent infestations, but
are also armed with the requisite data to determine uncertainties like the
appropriate quantity of pesticides to use, proper cost estimations of
pesticides required for treatment etcetera.

4.
The use of drones for crop and livestock
surveillance is perhaps the most innovative application of the technology.
Sensor equipped drones can be used to observe individual plants to access both patent
issues like damage to leaves and latent issues as poor photosynthetic rates.
Amongst grazing livestock, the technology can readily be deployed to identify
sick, lost or injured animals in a faster and more efficient means as opposed
to relying on human inspection efforts.

On the 8th of May 2016, the NCAA
announced restrictions on the use of drones in Nigeria. Of course in a
democratic society as ours, the regulation of society is desirable to prevent a
descent into chaos or as Thomas Hobbes best put it, “A state of nature where
life was nasty brutish and short.” But popular concern is not with the
regulation of drones, rather it is the difficulty of compliance with the
swingeing restrictions that are unsettling. In relaying the restriction, Sam
Adurogboye, a spokesman of the NCAA stated:

“In recent times, RPA/UAV (Unmanned Aerial
Vehicles) are being deployed for commercial and recreational purposes in the
country without adequate security clearance. Therefore, with the preponderance
of these operations, particularly in a non-segregated airspace, there has to be
proactive safety guidelines.”

Pursuant to the restriction, the agency went
ahead to issue the Guidelines and Requirements for Grant of Permit for Aerial
Aviation Services (PAAS) made pursuant to the Nigerian Civil Aviation Regulations (Nig. CARs 2015 Part 8.8.1.33) and
Implementing Standards (Nig.CARs 2015 Part IS.8.8.1.33) as the pioneer
guideline regulating drone usage in the country. Without further ado, below are
the key excerpts of the above guidelines:

·
Only companies registered with the
Corporate Affairs Commission with a minimum share capital of at least N20,000,000
may make an application for a PAAS. The import of this requirement presupposes
that individuals are excluded from applying for the said permit.

·
The completion of a Personal
History Statement by all shareholders having a 5% equity holding in the
applicant company at the Headquarters of the State Security Service (SSS).

·
A waiting period of 6months for the
issuance of a licence/permit from the Airport Transport Licensing Committee of
the NCAA.

Indeed, a major consequence of the NCAA
guidelines on agriculture in Nigeria is obviously the untold hardship it would
occasion on farmers intending to deploy drone technologies on their farms. For
instance, consider how many farmers in Nigeria can afford to incorporate an
agro company with a share capital of N 20,000,000? This rhetoric is gloomier
upon the realization that 70% of farmers in the nation are predominantly
subsistent farmers with barely enough resources to only farm and feed their
selves and families.

Nonetheless, the fears of Nigerian
authorities cannot be discountenanced considering the reality that when in the
wrong hands, drones can be utilised to achieve negative ends and indeed
constitute serious security challenges in societies. Considering that the
nation is plagued by a legion of security threats, the government’s strict
stance can be understood. In reinforcing the position of the NCAA and further articulating
the government’s position on drone usage in the country, the National Security
Adviser, Maj-Gen. Babagana Monguno (rtd.) in October 2018 stated[5]:

“Members of the public are sternly warned
against illicit acquisition of controlled items such as firearms, remotely
piloted aircraft (Drones) and broadcast equipment amongst others. Accordingly,
those with such illegally acquired controlled items are hereby advised to
voluntarily surrender them to the appropriate security agencies.”

It is suggested here that the appropriate
approach to be adopted by relevant authorities in engaging emerging trends,
technology and indeed all novelty should not be abrupt bans or grim
restrictions but constructive researches and consultations to ascertain the
pros and cons of such. This is what is expected in any democratic and
progressive society. For example, the European Union before the passage of its guidelines
regulating drones (and even currently) put in place a platform (online) to
accept all recommendations and suggestions for the effective regulation of the
usage of drones amongst EU member countries.[6]

In a similar vein, Parliament in the UK conducted
open consultations for suggestions on the regulation of Unmanned Aerial
Vehicles, drones, in the country[7].
The consultations saw over 5,000 recommendations made to the UK parliament and
has ultimately culminated in the Air Traffic Management and Unmanned Aircraft
Bill on the floor of parliament.

Conclusively it is germane to note that in
order for Nigeria to benefit from the boundless potentials that abound in the
application of drone technology to Agriculture it must review the current
draconian guidelines regulating drone flights in the country. Nigeria must have
a reorientation targeted at changing its approaches to emerging trends as
failure to do so would leave the country as one always playing catch-up to its
contemporaries.

Echoga Caleb is an associate at Omaplex Law
Firm, with years of experience in Technology, Data protection and Litigation.