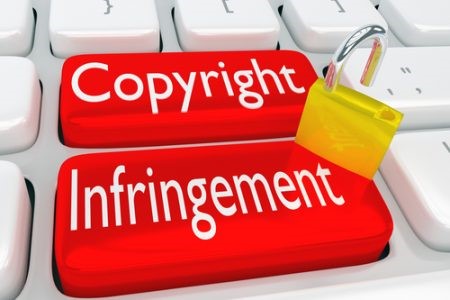 The
ongoing controversy of copyright infringement between investigative journalist
Tobore Ovuorie and EbonyLife TV has created a lot of buzz on social media.
Tobore alleged that her report on Sex Trafficking in Nigeria titled “Inside Nigeria’s Ruthless Trafficking
Mafia” which was published by Zam Chronicles in January 2014 and
Premium Times in August 2014 was adapted by EbonyLife TV into a movie titled “Oloture” without her consent
thereby infringing on her copyright. In her words, “Oloture is a copy and
paste of my work, Oloture is my work, Oloture is my life story”.

CEO of EbonyLife TV, Mo Abudu in response to
the allegations made a video denying the claims and stated that she obtained
rights to adapt the report to a movie from Premium Times whom she claimed owned
the copyright to the report as Tobore was an employee in Premium Times. In the
same statement, she claimed Oloture is a “work
of fiction” however promotion for the movie depicts the movie as being “inspired by a true story”.

She
also stated that in May 2019, she reached out to Tobore to “acknowledge her
journalistic achievements. To commend, recognize and encourage her in her ongoing
campaign against sex trafficking and that of her NGO”. She also stated that she
granted Tobore a private screening of the movie and gave her a special mention
in the end credit of film.

She
further stated that she wrote to Tobore, offered 5% of the profits of the film’s
cinema run to Tobore’s NGO which Tobore acknowledged. However due to the Covid
19 Pandemic, the movie could not be released in the cinemas so the film was
released on Netflix.

In
response, Tobore claims that she started working on the report as a freelance
journalist before she became an employee of Premium Times. She insisted that
Oloture is her story, her experience which was adapted without her consent.
Through her lawyers, she also demanded the sum of 5 Million Dollars for
copyright infringement and the immediate inclusion of a proper credit and end
credit in the movie and acknowledging the adaption of her work in line with
industry standard and practice.

This
debacle has raised the legal issue bothering on copyright law more particularly
on who owns the copyright on the report. The possibility of this matter being
decided in court is imminent.

THE ISSUE AT HAND

With
regards to who may be entitled to the ownership of the copyright, it is
important we look at the provisions of the law regarding this issue. The issue
to be discussed herein is the issue of ownership as only the owner of a work
that has copyright to it and can give consent for its use.

PROVISIONS OF THE LAW

By the
provisions of the Copyright Act LFN 2004, the author of a work owns the
copyright. In this case, Tobore Ovuorie is clearly the author of the report.
However, the Act provides exceptions where the author will not be deemed the
owner of the work. This is contained in Section 10 (1) and (3) which provides
for the general rule and the exception relating to this case respectively.
Thus:

(1). Copyright conferred by Section 2 and 3 of
this Act, shall vest initially in the author.

This
section is basically saying that copyright ownership belongs to the author of
the work. However, Subsection 3 provides an exception which states that
copyright of a literary, artistic or musical work made in the course of
employment in a newspaper, magazine or similar periodical belongs to the
employer in the absence of any agreement stating otherwise but only limited to
the published reproduction of the work. Therefore an employer has a limited
copyright.

It is
clear that Tobore is the author of the work and Premium Times is the proprietor
but by virtue of Section 10 (3), she is equally the owner therefore copyright
protection is vested on Tobore and not Premium Times or Zam Chronicles. The
claim by Mo Abudu that “Oloture” is a complete fiction may not be tenable in this
case because it is evident that the movie was inspired by her report. Also, Mo
Abudu would not have approached Premium Times and Tobore if the movie was not
inspired by the report.

Going
by the law, Tobore has exclusive rights, both economic and moral rights to the
work. The right of Premium Times and Zam Chronicles is limited. Therefore, EbonyLife
TV ran foul of the law by failing to obtain consent from Tobore before adapting
her story into a film.

Again,
one could see the film is based on Tobore’s story. It would be safe to presume
that EbonyLife TV may be liable for copyright infringement. However, the matter
may take a different turn when new facts are brought to the fore. At this
juncture, we need to keep our fingers crossed and watch the outcome of this
issue.

Disclaimer: This views and opinions expressed in
this article are those of the writer and do not represent the views of her
employer or the court.