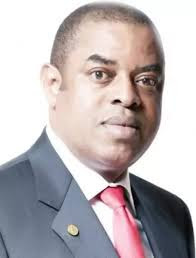 The senator representing Lagos East at the
8th Session of the National Assembly, Senator Olugbenga Ashafa, on Thursday
29th September, 2016 highlighted some of the efforts of the National Assembly
to assist the economy and also encourage more local content in the Nigerian
economy. He also seized the opportunity to join his voice to the call by the
Senate President on the executive to transmit the 2017 budget estimates to the
National Assembly in good time.
He made this call at the fourth day of the
Made in Nigeria Summit which took place at the Eko Atlantic City with the theme
“Pathways to building the main economy: Legislative agenda for the main
economy.”
While analyzing the contribution of the
Senate towards encouraging local participation in the economy, the senator
stated ”The fundamental role of the National Assembly in the area of the
economy remains providing the requisite legislative support for both the
executive and indeed the Nigerian populace to thrive in their areas of
business.”

He stated further “The 8th
Session of the National Assembly is very well aware of the task ahead of it in
this period of economic challenge and we are alive to this responsibility. I
will give you some instances: one is the amendment of The Public Procurement
Act which has effectively reduced
the time it takes government to process the award of contracts. Also, that law
is to make it compulsory for government to patronize locally produced goods.
The
Senator also spoke about the passage of the Nigerian Railway bILL 2016 which was spearheaded by the Senate Committee
on Land Transport of which he is the chairman and expressed his optimism on how
the new law will help open up the Rail sector to private sector participation.”
In concluding, the Senator stated that the
National Assembly is ready to receive the 2017 budget, calling on the Executive
to send the budget estimates for the year 2017 to the National Assembly in good
time to afford the National Assembly the opportunity of carrying out a thorough
examination and timely passage of the document. “I agree that the National
Assembly can do more to encourage local content in the economy, however I think
it is important to state that since it takes the National Assembly averagely
about Four months to scrutinize the budget, we in the National Assembly are
ready to start work on the 2017 budget. If we receive the budget estimates
early, it gives us the opportunity of carrying out a thorough examination and
timely passage of the document.”