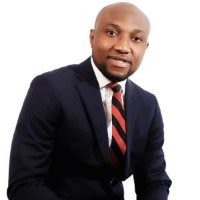 Associate
at LeLaw Barristers & Solicitors
Tochukwu
is admitted to the Nigerian Bar, and holds an LLM in Corporate, Finance and
Securities laws from the New York University School of Law. Tochukwu has a
strong interest for capital markets, securities transaction and finance, with
an ardour for dispute resolution, both in the international and local sphere.
Tochukwu is goal-driven, resourceful and a natural team player. Whilst
Tochukwu’s career interest is in international business law and transactions,
he is also committed to worthy charitable courses, and has offered his
assistance on a pro bono basis in certain cases.
Ed’s Note – This article was originally published here.

Reaction Of Lawyers To The Arraignment Of The NBA President By EFCC
INSURBODINATE BEHAVIOUR IN THE MILITARY
EVENT: - COUNTER-TERRORISM IN NIGERIA, RULE OF LAW & STRATEGIES FOR LAW ENFORCEMENT