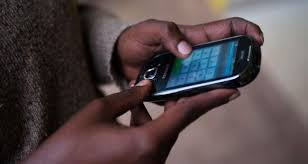 With the prevalence of email and text
messaging in today’s business world, multi-billion dollar deals can be signed
up without the parties even sitting down together. As Frank Aquila and Sarah
Payne of Sullivan & Cromwell LLP submits, Business negotiations, and
especially commercial deals, between lawyers and businesspeople alike occur
over emails, often with shorthand, with words that may not be chosen with the
same degree of thought and care as the words that are “written” in the actual
transaction document.
However, in a recent United States decision
by the Massachusetts Land Court, considered by many as a landmark, text messages between two real estate
brokers regarding the purchase and sale of a commercial building was held to be
capable of constituting an acceptance to an offer.

Facts of the
case
In this case, St. John’s Holdings, LLC v. Two
Electronics LLC, the plaintiff, St. John’s
Holding (SJH), and the defendant (Two Electronics) had negotiated for the sale
of a commercial building worth $3.232 million. Both parties were represented by
commercial real estate brokers and had negotiated in person and via email and text
messages, during the course of which both parties had agreed to reduce the
terms of the agreement to a letter of intent (LOI).

Subsequently, the seller’s broker sent
the buyer’s agent a text message asking that the buyer sign the final LOI and
submit a deposit check, which the buyer later did. Each of the text at issue
concluded with the sender’s name. However, rather than execute its end of the
LOI, the seller’s agent accepted a third party’s offer to buy the building. The jilted buyer
sued to enforce its rights as a buyer of the building under a binding letter of
intent to purchase.

It was the defendants case that no
contract was formed because Two Electronics did not accept the offer to
purchase and the communication between the parties about the sale of the
property did not satisfy the condition in the Massachusetts’s Statute of Fraud
that an acceptance will not be binding except it is in a written form.

Court’s Judgement
However, even though the Seller did not
physically sign the LOI, the Court found that the text messages, taken in
context, constituted an acceptance to make the contract binding. Further, the
Court found that the typed signature at the end of the text was sufficient to
authenticate the identity of the sender.
In other words, as O’Connor reiterates, the court noted that “[t]he
communications between SJH and Two Electronics before the text message
evidenced a meticulous attention to provisions that would govern the agreement
to purchase the [building].” When read in context of the exchanges between the
parties, the court concluded that the text messages at issue constituted a
binding offer and acceptance.

Concluding
remarks
Of course this case is just a
persuasive precedent, it’s importance to contractual dealings in Nigeria is a
little more than obvious. Contracting parties and brokers should be aware that making
commercial deals via emails and text messages is gradually becoming a dangerous
minefield.

Brokers
need to take precautions to qualify their language in all
electronic communications and warn their clients to use the following disclaimers when negotiating
deals: “Emails
and text messages sent or received shall neither constitute acceptance of
conducting transactions via electronic means nor shall create a binding
contract in the absence of a fully signed written agreement.

It is
the opinion of this writer that a new level of precaution is required when
engaging in such instantaneous and often seemingly informal commercial
negotiations. 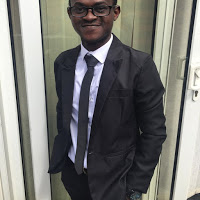