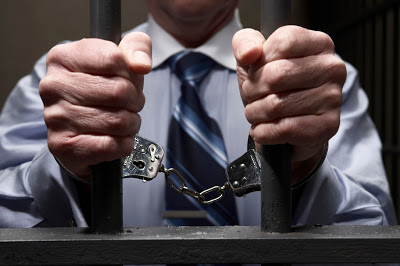 There is no doubt and the law is trite
as enunciated by Ba’Aba, JSC in Gwandu v. C.O.P. KEBBI STATE (2006) ALL FWLR
PT. 294 P. 537-538 that trial courts should not delve into the substantive case
at interlocutory stage because if the court is allowed to revisit the
substantive issue at any stage of the trial, it will be tantamount to the Judge
sitting on appeal on his earlier decision on the substantive matter there by
outraging the sense of justice of an independent dispassionate observer sitting
in court.

It is trite law that an accused is
presumed innocent until his guilt is established by credible evidence. The
presumption of innocence is a constitutional right of every person as provided
in section 36(5) of the 1999 Constitution (as amended) which states that: “Every
person who is charged with a criminal offence shall be presumed to be innocent
until he is proved guilty”. In Nigeria, personal liberty of everyone is
guaranteed and can only be deprived in exceptional circumstances. These
exceptional circumstances are in Sections 35(1) (a-f) of the 1999
Constitution (as amended). Though this personal liberty guaranteed under the
constitution can be deprived in exceptional circumstances, such accused person
is not supposed to be detained for an undeterminable or endless period. The
Nigerian constitution makes provision for bail.
Bail is meant to secure the release of
a person arrested, detained or charged with the commission of a criminal
offense, in such a manner that will ensure his further attendance or appearance
in court for his trial. There have been several arguments on whether the court
should look into the fact of a case before it or proof of evidence before it in
determining an application for bail. While some lawyers have argued that
visiting the substantial issue which is the allegation of the commission of the
crime will create bias in the mind of the Judge even before the case against
him is heard, others seem to have divergent opinions about this.
Whilst not going into the merit of the
arguments canvassed by either side, it will be safe to say that there are
plethora of case law authorities which have laid down criteria for the grant of
application for bail especially in capital offenses, and there is no way those
criteria can be determined by the court if the court does not first of all look
at the strength of the evidence which supports the charge before it and
secondly, consider the probability of guilty of the accused. It is however
advised that courts should not delve into the substantive case otherwise; the
appellate court will have no option than to order a retrial before another
judge of the same jurisdiction.
The constitutional guaranteed
presumption of innocence is extant and avails an accused person, until properly
arraigned, tried and rightly convicted by a court with competent jurisdiction.
The law also imposes the duty on the prosecution to contract or controvert the
claim of an applicant for bail. Where the prosecution fails to produce strong
evidence to contradict the applicant’s claim, the court would have no bases to
refuse bail. It must however be noted that the mere fact that the prosecution
does not file a counter affidavit to oppose an application for bail is not
conclusive to admit the accused to bail on a matter of course.
The granting of bail or a refusal lies
within the discretionary power of the court which must be exercised judicially
and judiciously. The exercise of this power of court cannot be prejudiced
simply by the failure of the prosecution to file a counter affidavit or oppose
the said application for bail. Similarly, the fact that the prosecution has
filed a counter affidavit or opposed the application for bail does not conclude
the matter. Rather, these acts or omissions are mere indices that will assist
in the exercise of the said discretionary power of the court, one way or the
other.
Finally, if it appears to the
court that there is no reasonable ground for believing that the accused person
has committed the alleged offence, but that there are stipulated basis for
further inquiry, such an accused person may not be released on bail except upon
satisfying the stipulated conditions.
I hope this write up was beneficial to
you. You are welcomed to leave your questions, comments, constructive
criticism, suggestions, new ideas, contributions etc in the comment section or
my email address which is thelawdenike@gmail.com I look forward to reading
from your comments.
DISCLAIMER NOTICE: This blog is a free
education material, for your general information and enlightenment purposes
ONLY. This write up, by itself does not create a Client/Attorney relationship
between yourself and the author of this blog. Readers are therefore advised to
seek professional legal counseling to their specific situation when they do
arise. This blog is protected by Intellectual Property Law and Regulations. It
may however be shared with others parties or person provided the writer’s
Authorship is always acknowledged and this disclaimer notice attached.
Ed’s Note: This article was published by the author via thelawdenike.wordpress.com