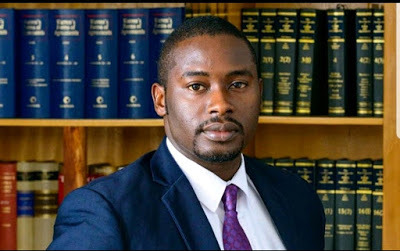 It is a settled principle of law
and life that the law cannot envisage every circumstance.

Over the years and even before
colonization, disputing parties had always resolved their disputes by referring
same to a third party adjudicator or mediator as the case may be. The
traditional heads of the various villages or Tribes gave verdicts on issues and
the parties were bound to follow them. This system had an hierarchical path,
rising through varying levels.[1]

With the coming in of colonization,
the modern Court system was introduced with all its apparatus and all its
glamour. Individuals had to be specially trained to either be judges or lawyers
properly so called. A formal setting was introduced as what is referred to as a
court room. Arranged in such a way that the Judge sits at the helm of affairs
and centralized facing the parties with the parties on the other end and a
space created for witness(es). The setting will vary slightly with the Court of
Appeal and Supreme Court.

These Courts are ranked and
spread round the country with various heads. Their location is not hidden and
any person can go into the court sit, listen and take notes; Lawyers and non-lawyers
alike. The Court was and is seen as a sacred temple of justice where lawyers
and litigants argue out the law in a controlled atmosphere under the ever
bright eyes and mind of the Judge/Justices.

In Nigeria, the judicial powers
of the Federation shall be vested in the Courts to which this section relates,
being courts established for the federation[2].
The whole section aforementioned went on to talk about the judicial powers. One
pertinent question is did the Constitution
Create ‘‘Courts’’ or ‘‘Buildings’’?

PROCEEDINGS
TO BE HELD IN PUBLIC

Recently this simple word ‘‘public’’
has become a very complicated word especially among lawyers, hence, it has
become important to address the fundamental principles behind the idea and seek
to look into the idea behind the word.

Public means open or available for
all to use, share, or enjoy. A place open or visible to the public.[3]
It is also defined as exposed to general
view: open[4]

It is also important for the
sake of clarity to also define the term ‘’Court’’.

What
is a Court?

A Court is a governmental body consisting
of one or more judges who sit to adjudicate disputes and administer justice[5].
The key words from the above are:

Having set the foundation for
the discourse to follow, what then is the provision of our laws as regard to
determination of matters? Should they be in the public? Should they be hidden?
What is public? What is hidden? Does virtual proceeding hinder fair hearing?

The Constitution of the Federal
Republic of Nigeria 1999 provides as follows:

The key word is “Shall be held in public”

It is a very settled saying that
‘’Laws are made for man and not man for the laws’’ further settled is that man
should not be slaves to the law.  Going
from the above and with the current need for social distancing due to the novel
Corona virus ( Covid-19) and dire need for technology in the legal sector, can
it be said that virtual Court proceedings are illegal?

What
are Virtual Court Proceedings?

This type of court proceeding are
held with some of the parties in a a particular place while others will join
online. This can be in two forms to wit:

a.      Judge,
Clerk, Witness will be in court alone, others will join in online or

b.     Judge,
Clerk and lawyers will be in court alone, witness to join in online or;

This method will see all parties
join in from separate locations. The Judge, Lawyers, witnesses will all join
virtually.

Presently, India and the United
Kingdom have been able to successfully test run and can effectively use virtual
hearings for their proceedings. Bolivia, Ecuador, and Argentina, have been able
to introduce virtual Court hearings for pre-trial detainees[7]

This work has earlier defined
the word public and what a Court means. It is now apt at this point to avoid a
thesis writing exercise and align the definitions with the law.

The law has quite unequivocally
stated that Court proceedings must be in public. However, public as defined is
not a building. Public simply means accessibility to all. The idea behind
virtual Court Proceedings is to ensure that justice delivery is possible even
with the difficulty caused by Covid-19. Virtual Court proceedings that are not passworded
or if passworded but shared cannot be said to be illegal especially if other requirements
are met. The Court is not a building, if not, transfer of judges will also be a
problem. As long as a judge can sit and adjudicate efficiently in matters,
Virtual Court proceedings cannot be said to be illegal or proceedings conducted
therein void.

Further, it is a trite principle
of law that what the law does not
prohibit, it allows. There is no law anywhere that states that Virtual or
Online Proceedings are illegal. All the cases prior to now were decided based
on private hearing in judge’s chambers not online in court rooms. Judges
chambers are secret places hence, the comparison will most likely fail the test
of time. I have seen and read the cases cited by Harold Benson in his Article[8].
It is important at this juncture to state specifically, that the cases of Edibo v State[9]
and Oviasu v. Oviasu[10]
where cases decided based on proceedings held in a judge’s chamber. It is
settled that the chamber of a judge is private. However, what is not settled is
whether the Court proceeding held virtually is public. There is no Nigerian
Authority on the point but using the principle of purposive interpretation, it
is clear that there is nothing wrong neither is it unconstitutional as the
writer stated or as argued in many quarters.

The Writer went further to quite
interestingly provide statistic on the issue of light and data for the average
Nigerian. The truth is while this statistic might be true, but if compared to
the risk and transport used to come to a Court room without assurance of the
Court sitting, it will be agreed that a virtual court sitting will serve
everyone better. The writer also made reference to the erudite definition by
Fidelis Nwadialo, this position is in tandem with this work, as Virtual Court
proceedings do not stop anybody, rather it allows for wider coverage as even
lawyers outside the seat of the hearing can watch. One good aspect of this
Virtual Court proceeding will present itself when the Supreme Court is giving a
judgment on a very important constitutional matter. Everybody/ lawyer will be
able to watch and hear the pronouncement on the issues irrespective of where
they are based and follow through immediately.

Lastly, the author has gone to
town with the restrictiveness and capacity of zoom or virtual hearings using
online medium. The current Court room capacity cannot take all litigants and
lawyers no matter how hard we try. The Average Court room will sit between 30
to 50 persons, while a free zoom meeting can take up to 100 participants who
can join in, with comfort, from their rooms. Capacity should definitely not be
a reason.

One major advantage that Virtual
Court sittings will help with is the issue of Court not sitting for various
reasons. Every lawyer at some point has been disappointed by the announcement
of Court not sitting despite getting to Court early and sometimes waiting for
Minutes or hours. Imagine a situation where all parties are to join virtually.
The inability of the Court to sit will not be overly felt as much as travelling
all the way from office to Physical Court. Secondly, with Virtual Courts, the
Judge can now sit at his convenience if the need arises and quickly dispense
with matters.

Man must change with the
changing times. A man must evolve with evolution. Like a lawyer that has just
been called to bar, overtime we learn and develop a suitable means to navigate
unfamiliar terrain.

The challenges with virtual
proceeding will be enormous and are enormous but that does not make them
illegal or contrary to the law. Once individuals can watch the proceedings and
can see and hear, the Court has done its part. It is like normal court
proceedings, some days parties absent themselves, does this then mean that they
have not been given fair hearing? definitely not.

Technology has come to stay and
it is important that the challenges associated are tackled. Court proceedings
held virtually are not illegal and cannot be illegal if conducted properly and
open for all and sundry to watch. It is safe to say that once the Court not
building is accessible, then the requirement of the law can be said to have
been complied with. In the case of Scott
v. Scott[11]
the House of Lords noted the right of
public access to the courts is “one of principle … turning, not on
convenience, but on necessity”. Again the above decision of the House
of Lords references the point of this writer that as long as access is granted,
venue or means should be of no moment.

[8] Covid-19: The legality of Virtual Court
Proceedings in Nigeria https://thenigerialawyer.com/covid-19-the-legality-of-virtual-court-proceedings-in-nigeria-by-harold-benson/
( accessed on 10-5-2020)