Wills And Codicils 101 | eberechi may okoh 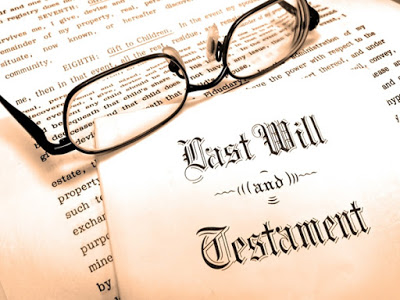 Lawyer: Have you written a
Will?

Client: Nope, not ready to
die yet.

A Will is a testamentary
deposition of a person’s assets, and in some cases, liabilities. Simply put, a
Will is a document a person prepares to communicate how he/she will want
his/her estate distributed after death. Being ambulatory, it only takes effect after
the death of the testator (maker of the Will). A Codicil on the other hand is a
document supplemental to a Will in which a testator makes further provisions
for his/her estate. It may be used to distribute assets to which the testator
got entitled after executing his/her Will, revoke gifts given in the Will,
appoint new executors to replace previously appointed executors who may be
unable to act, or such other supplemental issues that may arise after the
execution of the Will.

A good number of people may
leave writing a Will to a much older age due to a foreboding that writing a
Will may hasten demise. Some others consider their assets too few to warrant
any formal distribution. Whatever the case, it is important that Wills when
written are properly done and in a manner that the Courts will readily give
effect to.

In Nigeria, Wills are
administered by state laws. This informs the preference of most testators to
engage the services of lawyers in preparing Wills. Lawyers engaged for these
services help guide the testator along the lines of legality to ensure a
testator’s Will is enforceable after his death. Case in point, the Rivers State
Wills Law provides in section 2 that a spouse, child, parent or sibling of the
deceased who immediately before the death of the deceased was being maintained
either wholly or partly, by the deceased may apply to the court for an order on
the ground that dispositions of the deceased’s estate according to his Will is
not such as to make reasonable financial provision for the applicant.

The Court
on certain considerations such as the time of making the
application and what constitutes “reasonable financial provision” in the
circumstances may make an order for the applicant’s maintenance from the estate
of the deceased. This of course is irrespective of the fact that the order
departs from the exact provisions of the Will. It is also pertinent to note
that some hereditary customs have long been recognized by case law and may
override certain provisions of a Will.

If it is established that
a deceased left a Will, the lawyer or such other person with whom the Will was
reposed will inform the executors who are in turn, required to apply to the
relevant Probate Registry for the Will to be read and subsequently for a Grant
of Probate. The Probate Registry will issue the necessary forms to be filled
and advise on the estate taxes to be paid before the Grant of Probate.

Where a person dies
intestate, i.e. without a Will, close relatives or associates would apply to
the Probate Registry for letters of administration for the estate. The Registry
will request sureties and interview them to ensure the applicants are the
proper persons to make the application. Publications would also be made in
Newspapers to inform the public that the applicants have come forward to obtain
letters of administration for the estate of the deceased.

Where there are no
objections following the Newspaper publications, the Probate Registry will upon
the payment of all relevant fees and estate tax, issue Letters of
Administration to the applicants. It is noteworthy that Letters of
Administration may often omit certain assets of the deceased unless the
deceased had close family members or associates who were aware of every single
asset belonging to the deceased. In contrast, a testator sets out all his
property in the Will including assets which no other person may have possibly
had knowledge of.

Notwithstanding the advantages
of Wills, in practice, Wills often get contested. Most times, such objections
are raised by family members and close relatives and culminate in long years of
litigation. In re Morgan (1893), 3 Ch. 228, Nathaniel Lindley, Baron Lindley, L.J. said “I
do not see why, if we can tell what a man intends, and can give effect to his
intention as expressed, we should be driven out of it by other cases or
decisions in other cases”. Put differently Wills should be plainly
construed without subjecting it to litigation, citing of cases and their
decisions thereof. Unfortunately, Wills do and have continued to be the subject
of many litigation cases. Some of the common grounds on which Wills are usually
challenged are:

If not properly managed,
disputes over a Will may survive the beneficiaries and depreciation of
bequeathed assets may set in.

In conclusion, whether a
Will is written to express emotion as Sara Clarke of Bournmouth who directed in
her will: To my daughter, I leave £1 – for the kindness and love she
has never shown me[1] or to ensure one’s assets are properly
administered after death, Wills will continue to be written and in all cases,
will affect not the deceased but those who are or are not mentioned in such
Wills. It is therefore important that people understand the essence of Wills
and how Wills affect them. 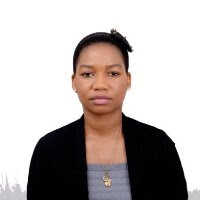