The Senator representing Lagos East Senatorial District in the National Assembly, Senator Gbenga Ashafa on Thursday 27th of July, 2017 once again defended the Federal Government’s loan request from China Exim Bank during the consideration of the report from the Senate Committee on Local  and Foreign Debts.
The Senator who is also the Chairman, Senate Committee on Land Transport in his contribution to the report of the Senate Committee on Local and Foreign debt concerning the loan request today,  urged his colleagues to approve the loan request as doing same would be supporting the legislative agenda of the 8th Senate.
He reminded his colleagues that “there is a time frame attached to the loan and that if the loan is not approved by the Senate, the country stands the risk of forfeiting the loan, which would help a great deal in actualizing developmental projects across every  part of the country.”
Ashafa stated further “the legislative agenda of this 8th Senate ably led by the President of the Senate, Distinguished Senator Bukola Saraki involves charting a new course for national economy by opening up the economy for greater investment and ease of doing business.” 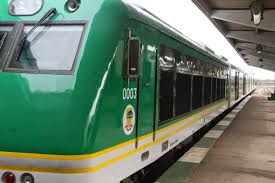 “Hence the creation of the National Assembly Business Environment Round Table (NASSBER) to identity priority bills that will aid in investment in the economy. The consequence of this is passing of several economic bills into law including the Nigeria Railway  bill 2017.”
“My distinguished colleagues, approving this loan request is therefore also supporting the cause, which the 8th Senate stands for. “
The Federal Government laid before the National Assembly on the 26thof April, 2017 a request seeking an approval for a loan in the sum of $6.4 Billion from China Exim Bank. The sum of $5,851 Billion of the total is being sought to execute the Modernisation of Lagos to Kano, Kano to Kaduna, Lagos to Ibadan and Lagos to Calabar rail segment.
You will recall that Senator Gbenga Ashafa earlier in May, 2017 defended the loan request and vehemently urged his colleagues to ensure that the National Assembly passes the loan request in order to fund the Lagos to Kano and Calabar to Lagos Rail projects, while contributing to a motion sponsored by Senator Eyinnaya Abaribe (Abia South) on the “Outright Omission of the Eastern Corridor Rail line in the request for approval of Federal Government 2016 to 2018 External Borrowing Plan.
After the consideration of the report and contributions on the floor of the Senate today, the Loan request was approved for the Lagos to Kano, and Lagos to Calabar railway modernization projects.