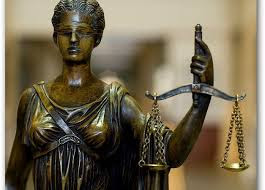 In
the past 24hours, the homes of various judicial officers across the country have
been besieged by officers of the Department of State Services (DSS), based on
allegations bothering on corruption. According to the Punch Newspaper, operatives
of the Department of State Service between late Friday night and the early
hours of Saturday simultaneously invaded the houses of two Justices of the
Supreme Court as well as two judges of the Federal High Court, including the
home of a judge in Rivers State.
The
commando style with which these actions were taken by the DSS is quite worrisome,
especially in a country that is called a democracy where everyone is entitled
to their fundamental human rights of freedom, equity and justice.
This
scenario reminds me of the poem by Martin
Niemöller, where he described the penalty for keeping quiet in the face of
tyranny. When the DSS and the Police trampled on the rights of Nigerians, the
courts did not save them. When political opponents of the present government
administration were arrested and not given a fair trial, the courts held their
hands back. Now that they have come for the judiciary, who will speak out on
their behalf? Certainly not the common Nigerian, who has no belief in the
Nigerian legal system.
Corruption
must be expunged from our system, we all agree but we must not in that guise
invite tyranny, disregard for the rule of law and dictatorship to take its
place. It is sad that we have become a country where official authority comes
before the rights of every Nigerian and the rule of law is being breached by
the very people put in place to safeguard them.
The
Executive places itself as the leader of the various tiers of government,
forgetting that the doctrine of separation of powers still hold true till this
day. If as a people, we do not brace ourselves against the direct breach of our
legal rights by security agencies and raise our voices against the unlawful
acts of State agencies, we may as well put guns to our heads and pull the
trigger, for it means one day, the DSS will unlawfully lay siege at your house
and no one will be there to help.
Dunmade
Onibokun
@dunmadeo/Twitter
Photo Credit – www.timeforequality.org