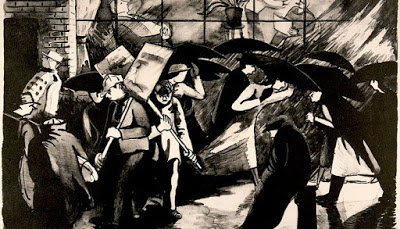 It is important to have a fair
understanding of the meaning of Justice. According to Oxford dictionary, “Justice is defined as the quality of
being fair and reasonable“. Justice can also be seen as a
philosophical concept of rightness in ethics. Although justice is vitally
important to any ethnical system, the definition of ‘justice’ is highly
disputed upon amongst philosophers and political thinkers.
This article looks at the writings of
Jeremy Bentham, John Rawls and Robert Nozick from the perspective of
Aristotle’s question about the nature of justice. Outlining the principles of
Bentham’s utilitarianism, Rawls’s justice through fairness, and Nozick’s
procedural justice theory, this discussion illustrates the degree to which
these three writers were concerned with distributing three very different
‘goods,’ when they sought to create justice.
Bentham sees justice as maximizing pleasure
and minimizing pain for society as a whole. Bentham believed that if we
maximize the pleasure in society, this gives everyone in that society the
highest probability of having pleasure, even if it means sacrificing the rights
of some individuals to achieve that pleasure. Within utilitarianism, equality
loses its importance, as to what meaning it has in a conception of society as a
single mass, rather than a group of individuals. For Bentham, we are all
equally tied up in society, like bees in a hive, and what is good for the hive
is good for the bees. Essentially, we have the equality of membership in a
society.
Rawls sought to create the most equal
possible society by designing it in a way that no one knew which position they
would occupy in it. He believed that if the people designing society could not
know where they fall in the grand scheme of things, they would become
conservative, and carefully design the one society that most perfectly cared
for its least fortunate group. Rawls sought equality of opportunity and access
to benefits, allowing only for inequality that would still improve the state of
the least fortunate. Inequalities that leave some group worse off would be
forbidden.
Nozick saw this view as pointless. For
Nozick, justice therefore meant equality of the right to contract. If people
are free to bargain as they like, and this is what they do, then the results of
those bargains are just. In order words, Nozick was of the view that in order
to get a fair balance in a society one must possess the ability to bargain.
All men think justice to be some sort of
equality, what do you think?

Editor’s note: This article was originally posted by the author on www.linkedin.com