What you should know before signing a contract (Part 1) 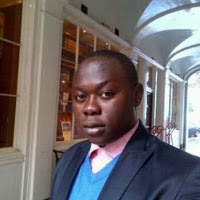 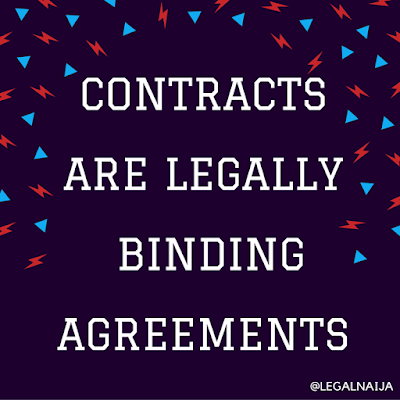 This is the first post from
a series of articles on Contracts; other articles will follow as the weeks
progress.
A contract is defined by
L.B Curzon’s “A Dictionary of Law” to be a legally binding agreement. In other
words, it is an agreement between 2 or more parties which the law/court will
honour. For instance, a building contract, an employment contract or a loan
agreement and so on.
For a contract to be recognized
by law, it must have been entered freely and voluntarily i.e. there must have
been no form of undue influence while negotiating the contract. For instance,
an agreement for the sale of an hotel when the seller is held at gun point by the
buyer will not be recognized by law if such circumstances are brought to the
knowledge of the court.
Contracts can be in
different forms depending on the nature of the agreement. For example,
contracts for the sale of land are “contracts under seal” and can also be
called deeds. Such contracts are usually required to be in writing, signed, sealed
and delivered. Simple contracts on the other hand include oral contracts and
contracts which include some little writing. Implied contracts arise from the
assumed intentions of the parties. While, contracts of record, arise from
obligations imposed by a court’s decision.
A contract evolves in
stages beginning from the offer to the acceptance of that offer and finally to its
execution/ termination. These stages must be supported by consensus among the
parties; a genuine intention to enter contractual relations; valuable
consideration and the legal capacity of the parties to enter into the
agreement.
Please note, that illegal
contracts will not be recognized by law. This means any contract that involves
any illegality will not be honoured by the courts. As an illustration, in
Nigeria, an agreement to buy or sell stolen property will not be recognized by
law because dealing in stolen property is in itself a crime and an illegality.
It is recommended that
before you sign an agreement, you evaluate if the terms constitute a valid
contract and all parties are clear of their respective duties and obligations
under the contract. Also, do not hesitate to seek counsel from a legal
practitioner if you need to.

The Challenges of Executive Immunity Clause in the Constitution of the Federal Republic Of Nigeria, ...
BVN, Telecoms and Common Sense by Ahudiya Ukiwe
Crypto-Currency Anarchy – A Comparative Overview | Michael Jonathan Numa