Ways Of Promoting Collaboration Between Employers and Members of Staff | Legalnaija 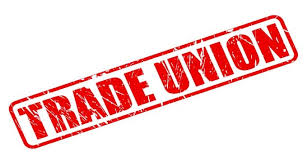 In order to achieve company goals, it is
paramount for employers to effectively communicate their vision to employees.
Also, important is the provision of welfare to employees, for this seeks to
encourage employee output and wok delivery. To achieve the above, it is
important there exists  a forum that
encourages collaboration between workers and employees. In this post, I will be
considering 2 platforms of promoting and fostering a collaborative environment
between employers and employees. Both are Trade Unions and Joint Consultative
Forums.
TRADE
UNION
·
What Is Trade Union
Trade
unions are organisations representing the interests of workers. They usually
seek higher wages, better working conditions and a fairer share of the
company’s profits. Section 1, Trade Union Act, defines a Trade Union to be a
combination of employees, or of employers, whether on temporary or a permanent
employment basis, who come together with the primary purpose or objective of
regulating the terms and conditions of the employment of employees, and
resisting any practice that is in restraint of trade, and lawfully applying its
funds to providing benefits to its members which benefits must not political in
nature.
·
Registration
of Trade Unions
It is mandatory that a
Trade Union, before it commences the execution of its objectives, must apply
for and be registered by the Registrar of Trade Unions in accordance with the
provisions of the Trade Unions Act (as amended).
However, a Trade Union will not be
registered where:-
a.      There is evidence
that there already exist a registered Trade Union that sufficiently represents
the interest of the employees or of the employer in a class or industry whose
interest the Trade Union intending registration, wishes to represent its
members.
b.       The proposed name of the Trade Union closely
resembles that of an existing and registered Trade Union so as to be likely to
deceive the members of the public or the members of the Trade Union itself.
c.        The purpose or objectives of the Trade Union
is/are unlawful.
d.      The consent of the members of the Trade Union
was/were obtained by force or by fraud.
e.       The purpose of the Trade Union has ceased to
exist or the Trade Union has ceased to function.
A breach of this statutory provision by a
Trade Union ascribes to the Trade Union and every official of the Trade Union,
with any member of the Trade Union that takes active part in the breach, legal
liability and penalties as prescribed in the Trade Unions Act (as amended).
·
Membership of Trade
Unions
It is important to note the following about
membership of Trade Unions;
·
No
employee of a company, who is a projection of the management team of such a
company or who is within the management structure of the company, can be a
member of or hold office in any Trade Union in Nigeria.
·
Also, no employee or employer can be an
executive official in more than one Trade Union, at any one given time.
·
The membership of a Trade Union cannot be
denied of an employee or an employer on grounds of ethnicity, race, religions
beliefs or political opinions or affiliations.
·
Members
of the Armed Forces, Police Force, Custom Service, Nigerian Security Printing
& Minting Company, Central Bank of Nigeria, Nigerian Telecommunications
Limited and every Federal or State Government establishment whose employees
bear arms, cannot join or form a Trade Union. They can however establish
consultative committees to protect their employment interests.
The Advantages
of Trade Unions
1.     Trade unions can
pursue collective bargaining giving workers a greater influence in negotiating
a fairer pay settlement.
2.     Trades Unions can
also protect workers from exploitation, and help to uphold health and safety
legislation. Trades unions can give representation to workers facing legal
action or unfair dismissal.
3.     Trades unions can
help to negotiate and implement new working practices which help to increase
productivity.
4.     Reduce inequality
·
Disadvantages
1.     Trades unions only
consider the needs of its members, they often ignore the plight of those
excluded from the labour markets, e.g. the unemployed.
2.     In many industries,
trade unions have created a situation of a confrontational approach.
3.     Trade unions can be
used for political reasons and benefits
4.     Trade union leaders
may not seek the welfare of workers but may go on to enrich themselves.
JOINT
COUNSULTATIVE COUNCIL
This is a group of people who represent the
management and employees of an organization, and who meet for formal
discussions before decisions are taken which affect the employees.
A formal system of communication between the
management of an organization and the employees’ representatives used prior to
taking decisions affecting the workforce, usually effected through a joint
consultative committee
The purpose of the Joint Consultative
Committee (J.C.C) is to provide a forum for discussion, consultation and
negotiation between Elected Members, senior managers and representatives on:
– employment relations matters
– working arrangements
– training and development
– welfare – terms and conditions of
employment
– equality issues.
The
aim of the Joint Consultative Committee (JCC) is to provide a forum in
which our Board, management and Union can work together to ensure staff are
managed in accordance with best practice, that staff can work effectively for
the benefit of the organisation, and that staff maximise their own potential.
Benefits
Of Effective Joint Consultation Committees
For
Management:
·
The
establishment of the means for improved communication with the union.
·
An
opportunity to discuss operational issues in a problem-solving manner.
·
A
more positive labour-management relationship.
·
An
opportunity to respond to constructive suggestions and valid complaints.
For
the Union:
·
An
opportunity for ongoing communication with management.
·
An
opportunity to provide constructive input into operational problems.
·
An
avenue to express employee and union concerns.
·
An
opportunity to resolve ongoing issues.
Which will you choose.
Legalnaija

STUDY SHOWS JUDGES WITH DAUGHTERS ARE LIKELY TO VOTE FOR WOMEN'S RIGHTS
Do Not Sell Your Votes For A Plate Of Porridge Like Esau Did | Seye Thompson
Mapping the Nigeria Gaming Industry (1): Legal & Socio - Cultural factors By Yahaya Maikori