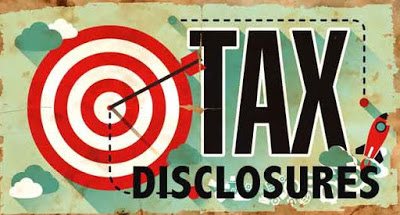 As
part of efforts to improve non-oil revenue amid a global outlook of low oil
prices, Nigeria’s Acting President, Yemi Osinbajo, recently signed an Executive
Order (EO) on the Voluntary Asset and Income Declaration Scheme (VAIDS). The
main objective of the scheme – which commenced on July 1, 2017 and will last
for a period of nine months – is to help expand the country’s tax base.

Other
objectives of the scheme, as announced by the Minister of Finance, Kemi Adeosun,
include increasing tax-to-GDP ratio from 6% to 18% by 2020, and improving
compliance with existing tax laws. VAIDS is also expected to curb the use of
tax havens, discourage tax evasion, and tackle illicit financial flows. With
the introduction of VAIDS, the government hopes to encourage voluntary
disclosure of previously undisclosed assets and income and the payment of
outstanding tax liabilities.

In
one of its reports on Voluntary Disclosure Programmes, the Organization for
Economic Co-operation and Development (OECD) describes VDPs as “opportunities
offered by tax administrations to allow previously non-compliant taxpayers to
correct their tax affairs under specified terms. When drafted carefully,
voluntary disclosure programmes benefit everyone involved – taxpayers making
the disclosure, compliant taxpayers, and governments.” The Nigerian VAIDS is
being implemented by the Federal Inland Revenue Service (FIRS) in collaboration
with all 36 State Internal Revenue Services (IRS) and the FCT IRS.

While
signing the EO on the scheme, Osinbajo said it had become imperative for the
government to do something about the low level of tax compliance, adding that,
“When people pay taxes, they pay more attention to what government is doing.
There’s a greater level of political and social consciousness. Taxes are not
only about boosting government revenues. When people pay taxes, they hold the
government to account more.” He is right. In developed countries, citizens pay
their fair share of taxes and they have a say in the way their representatives
in government manage government funds.

Considering
Nigeria’s low tax-to-GDP ratio, and the fact that out of a taxable class of
about 69 million people, only 14 million are currently in the tax net, the
implementation of VAIDS could go a long way in increasing non-oil revenue.
Despite having a non-oil sector that accounts for up to 93% of Nigeria’s GDP,
government’s non-oil revenue in 2016 was N2.99 trillion (or 2.9% of GDP).
Suffice to say, though, that there was a decline in non-oil collection from the
N3.08 trillion recorded in 2015. Nevertheless, this does not alter the main
gist, which is the dismal performance of the non-oil sector in terms of
generating revenue for the government.

Permanent
and temporary disclosure schemes
Voluntary
disclosures regarding tax matters are not new in tax administration. Indeed,
VDPs are widely used in developed countries, helping to enhance the
effectiveness of their tax administration. Voluntary disclosure programmes can
generally be grouped into two categories, namely permanent or temporary
programmes. The Nigerian VAIDS is considered a temporary programme.

The
Canadian Voluntary Disclosures Program is a permanent programme. It gives
individuals and companies a second chance to change a tax return that was
previously filed or to file a return that should have been filed. To be
eligible, it must be voluntary. Should an individual or company be contacted by
the Canada Revenue Agency before making the disclosure, it won’t be considered
voluntary.

South
Africa also operates a permanent VDP as part of its tax administration.
However, a temporary VDP was introduced last year. Called the Special Voluntary
Disclosure Programme (SVDP), it is similar to Nigeria’s VAIDS. The SVDP window
period is between October 1, 2016 and August 31, 2017. It is meant for
individuals and companies who have not, in the past, disclosed tax and exchange
control defaults in relation to offshore assets.

In
developed countries, there are benefits associated with voluntary disclosure,
including reduced penalties and an allowance to negotiate for protection
against criminal prosecution – in serious cases of default.

In
the case of VAIDS, some benefits to individuals and companies were also listed
during the rollout, such as: immunity from prosecution for tax offences;
immunity from tax audit; waiver of interest; and waiver of penalties. However,
for there to be institutionalization of voluntary disclosure in Nigeria’s tax
administration, there needs to be an enactment of a permanent VDP law by the
National Assembly. The South African Revenue Service Voluntary Disclosure
Programme (VDP), which came into effect on October 1, 2012, is administered
under the Tax Administration Act, 2011.
VDPs
have been found to rake in significant funds for governments. Canada’s VDP
raked in $1.3 billion in the 2014-2015 fiscal year, out of which about $780
million came from offshore disclosures. Similarly, the United States Offshore
Voluntary Disclosure Program (OVDP) has raked in about $10 billion in taxes,
interest and penalties since 2009. In Nigeria’s case, the VAIDS has a tax
revenue target of $1 billion.

Revamping
tax administration
For
VAIDS or a future VDP law to be very successful, an efficient and effective tax
administration has to be in place. The country’s current tax administration is
bogged down with several issues, ranging from lack of accurate data, duplicity
of taxes and crude collection systems. These issues will need to be dealt with.

In
his book, The Wealth of Nations, published in 1776, Scottish economist, Adam
Smith, outlined the four principles or canons of a tax system: 1) “The subjects
of every state ought to contribute towards the support of the government, as
nearly as possible, in proportion to their respective abilities; that is, in
proportion to the revenue which they respectively enjoy under the protection of
the state.” 2) “The tax which each individual is bound to pay ought to be
certain, and not arbitrary. The time of payment, the manner of payment, the
quantity to be paid, ought all to be clear and plain to the contributor, and to
every other person.” 3) “Every tax ought to be levied at the time, or in the
manner, in which it is most likely to be convenient for the contributor to pay
it.” 4) “Every tax ought to be so contrived as both to take out and to keep out
of the pockets of the people as little as possible over and above what it
brings into the public treasury of the state.”

Modern-day
economists have re-stated the above four canons as: equality (everybody ought
to pay the same rate or percentage of his income as tax); certainty (there
should be no ambiguity about the time, manner and quantity of payment);
convenience (the sum, time and manner of payment of taxes should not be
burdensome to the taxpayer); and efficiency (taxes should be as simple as
possible and collection costs minimised). Much of these principles are lacking
in Nigeria’s tax administration.

The
FIRS and the Ministry of Finance would need to work hard to revamp the
country’s tax administration. Although Executive Chairman of the FIRS,
Babatunde Fowler, has expressed optimism that the agency and the government
will meet their revenue target for VAIDS, the tax agency will need to do more
than a temporary disclosure programme to boost tax revenue in the country. It
should also look at how a permanent VDP can be embedded in the tax
administration.

But
the much bigger task is putting in place policies to engender sustainable
inclusive economic growth, increase access to funding for small businesses and
revitalize the private sector. Tax revenue plays a key role in building the
economy. However, the economy has to be supported to grow and diversify. And
the economic diversification agenda of the government is hinged on boosting
non-oil revenue, of which tax revenue is a huge part of.

While
VAIDS remains a temporary programme, the tax agency must also ensure punitive
measures for tax defaulters are clearly stated. Otherwise, VAIDS will soon join
the pool of several government programmes that were rolled out with pomp and
pageantry but never achieved their objectives.

In
designing an effective tax system, the FIRS and the Finance Ministry must bear
in mind the power of taxation, as James Madison, America’s fourth President
opined: “The power of taxing people and their property is essential to the very
existence of government.”
Olajide Olutuyi
Senior Financial Analyst at Scouts Canada
@jideolutuyi
This article was first published here