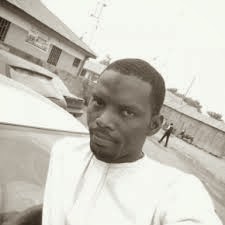 Onimisi Ciaxon a.k.a Isiaka Yusuf, aged 32, a member of staff of PHCN who
worked at the T-junction by State House Gate-7 has been declared missing for
over 10 days now. He is alleged to have been arrested by members of the
Nigerian State Security Service (SSS) after posting pictures on twitter, of the
gun battle between Nigerian security agencies and suspected Boko Haram members
on March 30, 2014 in Abuja. There has been a wide media appeal to the SSS about
the whereabouts of Ciaxon but nothing has been heard. You can read the news
reports HERE. No one
knows where Ciaxon is at the moment but it’s safe to assume that he is in the
custody of the Secret Service, witnesses identified him and reported that he
was handed over to a security team, read the news article HERE.
FREEDOM OF SPEECH
If really Ciaxon is with the SSS or any other security agency,

then the
fundamental rights of this gentleman at this point are currently being
breached. Every Nigerian by virtue of Section 39 (1) of the Constitution is entitled
to freedom of expression, including freedom to hold opinions and to receive and
impart ideas and information without interference. Ciaxon on duty at work that
morning came upon the gun battle happening close to the Aso Villa, took
pictures with his camera and imparted the information on twitter, I do not
believe at that point it occurred to him that he might be committing a crime
because his fundamental rights entitle him to do such.

An exemption to the Freedom of Speech rule as seen in subsection
(3)(b) is if the alleged actions imposes restrictions upon persons holding
office under the Government of the Federation or of a State, members of the
armed forces of the Federation or members of the Nigeria Police Force or other
Government security services or agencies established by law. Will you say
Ciaxon’s actions have imposed any of these restrictions, I doubt.
UNLAWFUL DETENTION
Assuming the SSS raises the “national security or terrorism” card in
support of Ciaxon’s unlawful detention, it will not support their case either.
A jail break as reported by the SSS to be the underlying cause of the gun
battle that morning hardly falls under the category of a terrorist act.
Moreover, Section 28 of the Terrorist prevention law (2011) which deals with “detention
for offences related to terrorism” provides that “where a person is
arrested under reasonable suspicion of having committed any offence under
sections 1, 2, 3, 4, 5, 6, 9, 10, 11, 13 or 14, the National Security Adviser
or Inspector General of Police or a delegated officer not below the rank of
Chief Superintendent of Police or its equivalent may, subject to this section,
direct that the person arrested be detained in a custody for a period not exceeding 24 hours (highlight
supplied) from his arrest, without having access to any person other than his
Medical Doctor and legal counsel of the detaining agency.
By virtue of Section 35 Of the Constitution “Every person shall be
entitled to his personal liberty and no person shall be deprived of such
liberty save in some exceptions which Ciaxon does not come under, such as – (a) in execution of the sentence or order of a court in respect of a
criminal offence of which he has been found guilty; or (b) by reason of his
failure to comply with the order of a court or in order to secure the
fulfilment of any obligation imposed upon him by law; or (c) for the purpose of
bringing him before a court in execution of the order of a court or upon
reasonable suspicion of his having committed a criminal offence, or to such
extent as may be reasonably necessary to prevent his committing a criminal
offence;
Provided that a person who is charged with an offence and who has been
detained in lawful custody awaiting trial shall not continue to be kept in such
detention for a period longer than the maximum period of imprisonment
prescribed for the offence. 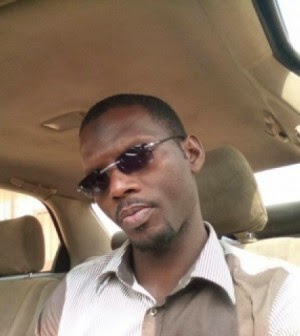