Tv And The Law- Legal Issues With Film Making In Nigeria 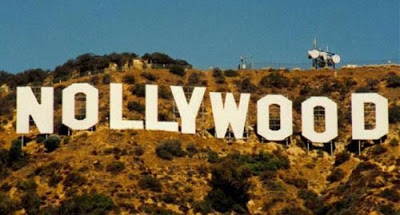 Entertainment on TV is a great form of
“decompression”. I personally enjoy cartoons and movies produced in Hollywood,
Bollywood, and of course my very beloved Nollywood. Growing up, I vividly
remember watching Nigerian Movies like Violated and soap
operas like Checkmate and Beyond the Clouds with
family. This tradition has obviously continued, as we just saw The Wedding
Party, which by the way is hilarious, and we are currently earnestly
awaiting The Royal Hibiscus Hotel.
Through this, it’s impossible to miss the
fact that the Nigerian movie industry aka Nollywood has and is experiencing an
evolution from the home video outfit as we knew it, to a full blown production
apparatus. This is evident in the plot quality, script and cast. Without a doubt,
Nollywood has emerged to be a vibrant sector in the Nigerian economy. Who would
have thought?
In light of these advancements, a lot of
opportunities for improvement have consequently been revealed. As is similar
with other emerging industries, having an effective and proactive legal frame
work has been the major key to sustainability and profitability; hence the
purpose of this write up is to point out the various legal issues that may
emerge, as various stages of production in Nollywood.
For the purpose of this write up, I have
summed the stages of film production into three parts:
1)    The
Pre-Production stage:
This is the initial
stage where the idea for any production is conceptualized. This stage includes
but isn’t limited to sourcing capital, location and crew scouting, development
of set.
2)    The
Production stage:
This stage involves
the actualization of the concept – technically the first proof of concept.
3)    The
Post Production stage:
This stage involves
the marketing to the target audience, negotiation with channel partners to
enable distribution. These channel partners, might be cinemas and actual sales
outlets.
Of course, through these stages a number of
legal issues arise – I will enumerate a couple below in no particular order;
1)    Protecting the
Intellectual properties (ideas and concepts) that are to be used in the
production via Intellectual Property Laws.
2)    Developing or
acquiring a script. In the case of the latter, effectively negotiating with the
script writer about property rights.
3)    Agreement on
securing debt to fund the productions and terms on repayment and defaults.
4)    Non-disclosure
agreement to secure intellectual property that wouldn’t be featured in the
final production.
5)    Acquisition and
negotiation of right of use and access to various locations essential to the
success of the production. Example, shooting a scene in a government owned
airport.
6)
Acquisition of required licenses from original right owners. Example, right to
use of songs, artistic works in Gallery.
It’s definitely reasonable to seek relevant
legal advice to avoiding actionable scenarios.
Below are some things to put in mind.
Contractual relationship issues:
1)    What
to do when contracting with a partner outside the country
2)    Contracts
with Actors, producers, Director, and other parties involved in the production
process
3)    Contracts
with the channel partners
4)    When
agreements are said to reached by both parties
Piracy legal issues
1)    Enforcement
of Intellectual Property Rights
2)    What
constitutes infringement of these rights.
3)    Determine
the chain of title in a film – who owns what and how they can be enforced.
Case in point Mike Tyson’s Tattoo
in Todd Philips’ The Hangover Part 2
S. Victor Whitmill, the Tattoo artist who
created a distinctive tribal tattoo for boxer Mike Tyson, sued Warner bros to
prevent the release of the sequel because his copyrighted artwork had not been
properly licensed. Though the tattoo was on Mike Tyson’s face in the original
film, in the sequel it appeared on Ed Helms Face and was on major posters
advertising the film.
Although the artist failed in his attempt
to secure an injunction stopping the release of the movie, he proceeded on a
copyright infringement suit. In rejecting the suit ,the Judge -Catherine D
Perry indicated that she believed Mr. Whitmill suit has a great chance of
success , as she confirmed that a tattoo being an artistic work can be
copyrighted. She also rejected Warner Bros defense of Fair use.
Although Tyson received the tattoo in 2003,
he also signed a document stating that the artist keeps the rights. Warner Bros
claims that their rights to use the tattoo is part of the agreement with Tyson,
but if Tyson never had those agreement in the first place it will be difficult
to claim.
The foregoing case could have been avoided
and funds put to better use by finding out what rights are needed and acquiring
the proper license from the Artist or persons you believe granting the rights
actually owns them.
Having a lawyer on retainer is definitely
worthwhile to enable a smooth sail through the various production stages. 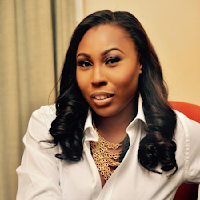