VICTORIA’S SECRET NO LONGER IN THE PINK: THOMAS PINK WINS IN TRADE MARK FIGHT
On 31 July 2014, the High Court of Justice handed down its judgment in Thomas Pink Ltd v Victoria’s Secret UK Ltd [2014 EWHC 2631 (Ch)]. Birss J ruled that Victoria’s Secret’s use of its sub-brand PINK had infringed Thomas Pink’s trade marks for PINK, as the average consumer was likely to be confused by the similarity of the signs. 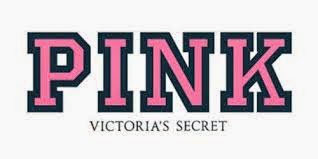 Business impact
Fashion brand owners are likely to welcome the decision as it allows them to protect their trade marks against other fashion brands even if they operate in very different market segments. The High Court’s decision is an interesting application of the principles of non-use and acquired distinctiveness in relation to
trade marks, with Birss J upholding the validity of Thomas Pink’s UK trade mark, despite the fact that it had not been used in precisely the form registered.

Background
The claimant, Thomas Pink Limited (“Thomas Pink”), began trading in London in 1984, primarily selling men’s shirts, but its business has since diversified to include other clothing items and all of its goods are sold under and by reference to the names Thomas Pink and PINK. Thomas Pink is the proprietor of two trade mark registrations: (i) Community Trade Mark No. 3,949,906 filed on 14th July 2004 in Classes 3, 14, 18, 25, 26 and 35 (the “CTM”):

INTERNET DEFAMATION: KEEPING PACE WITH THE LAW by Kayode Omosehin
Ease of doing business is about to disrupt these 11 bottlenecks | Ibiyode Ibikunle
REPORT: SOLVING WORLD POVERTY THROUGH MATHEMATICS (2)