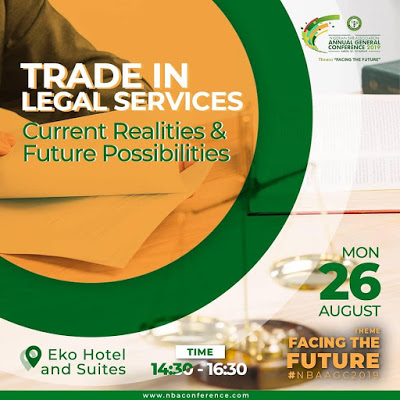 Due to the advent of
globalization, the world has shrunk and is now a global village. For instance, the combination of cheap and safe
air travel and the internet have made places which seemed so far away half a
century ago to be accessible to trans-national businesses.

The combination of cheap and safe
air travel and the internet have made places which seemed so far away half a
century ago to be accessible to trans-national businesses. The implication is
that these conglomerates prefer to approach business from the stand of using
legal services that they are accustomed to and readily available. This preference
usually excludes the use of counsel practicing in the place where the business
is to be conducted.
The importation of legal services by the foreign business
outfit into a country where its lawyers are not licensed to practice brings
about its complications and conflicts in (1) the authority of nation-states to
regulate multi-jurisdictional practice, (2) the law to be applied to regulate
the conduct of such counsel in the event of a breach of the rules of ethics and
(3) the consequences of unregulated multi-jurisdictional legal practice. [i]
In Nigeria, all
lawyers are admitted to the bar as barristers and solicitors of the Supreme
Court without any distinction as to their roles or functions.
Furthermore, only lawyers qualified in Nigeria have the right to practice in
Nigeria except upon application to the Attorney – General of the Federation. To
be able to practice in Nigeria, all lawyers must have attended the Nigerian Law
School.


Lawyers within the Nigerian jurisdiction have been known to be jealous
of their turf and have over the years seen to ensure that lawyers from foreign
jurisdictions are not allowed to practice in Nigeria. Lawyers are however
loosing the edge as many foreign firms are now in Nigeria and collaborating
with local law firms.
The view was once widely held in Nigeria that globalization is a
journey to utopia1, a lotus-eater kind of world far away from reality. However,
this is not the view of the major players who control the economic resources of
the world. The driving force of trade liberalisation is the World Trade
Organisation, a creature of the 1994 Uruguay Round Trade negotiations. One
of the achievements of the Uruguay negotiations is the General Agreement on
Trade in Services (GATS), which came into force in January 1995. The GATS, a
multi-lateral treaty based agreement was inspired by essentially the same
objectives as its counterpart in merchandise trade, the General Agreement on
Tariffs and Trade (GATT) The only major distinction was that GATS dealt with
services as opposed to trade and merchandise. Legal Services comes within the
purview of GATS.
In this context, we must ask
ourselves the following  –
·
How is trade in legal services undertaken and
regulated?
·
How has trade in legal services evolved
globally since 1995 and does this have any relevance for scheduled commitments?
In more of a local focus, we
must also ask ourselves the following –
a.      What
is the current state of play in Nigeria?
b.     What
are the avenues for collaborations available?
c.      What
are the challenges surrounding digital trade in legal services in Nigeria.
The Nigerian Bar Association
will be treating this topic in one of the Breakout sessions of the NBA Annual
General Conference. The session will be moderated by Mr. Austin Alegeh SAN and
panelist will include Kofo Dosekun, Adedayo Apata and Mr. Gorge Etomi. It promises
to impactful and we hope you would contribute therein.
@Legalnaija
[i] The Nation . (2015). How To
Practice In Multi – Jurisdictions . Available:
https://thenationonlineng.net/how-to-practice-in-multi-jurisdictions/. Last
accessed 2nd August, 2019.

DAY 4 PUTTING YOU FIRST PAUL USORO, SAN’S REFORM MANIFESTO FOR PRESIDENCY OF THE NBA
The Concept Of Plea Bargain As A Veritable Tool For Justice Or Corruption - Adebayo Oluwaseyi Olayiw...
The Communication Service Tax Bill: A Desperate Cry For Help – Emmanuel Ohiri