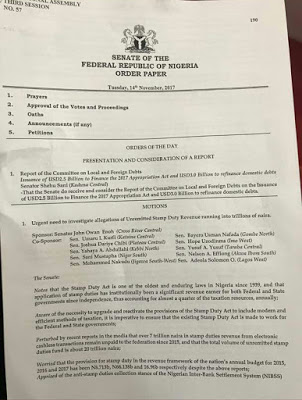 *PROCEEDINGS OF THE NIGERIAN SENATE OF TUESDAY, 14th NOVEMBER, 2017.*

Welcome to a new Legislative Day in the Senate of the Federal Republic of Nigeria. Deputy Senate President, Ike Ekweremadu took the official prayer and led the Senate into today’s proceedings at 11:01am.
*EXECUTIVE SESSION*
The Senate moved into its Executive Session at 11:04am.
The Senate in its Executive Session deliberated on the workings of the Senate and the National Assembly as a whole and also discussed the suspension of Senator Ali Ndume. He is recalled without prejudice and billed to resume on Wednesday, 15th November, 2017 after 90 legislative days suspension.
The Senate Plenary resumed from its executive session at 11:19am
*APPROVAL OF VOTES AND PROCEEDINGS*
Senator Dino Melaye moved for the approval of the votes and proceedings of Thursday, 9th November, Senator Danjuma Lar seconded. 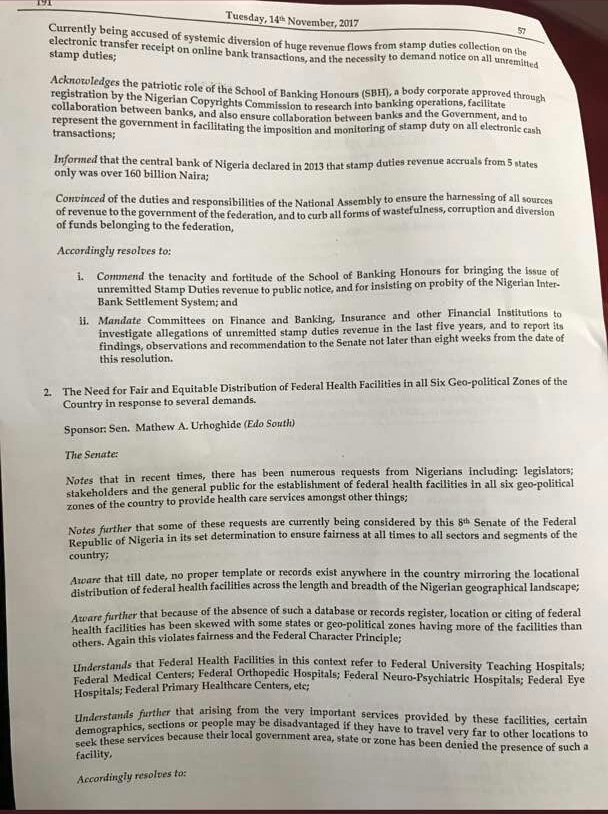 *ANNOUNCEMENT*
The Deputy Senate President, Ike Ekweremadu welcomed people who are present in the gallery to observe plenary.
*PETITIONS*
Senator Ovie Omo-Agege laid a petition on behalf of members of his constituency on a breach of the public trust with the brazen and illegal conversion of the land of the Uvwie people purportedly acquired for public purposes into private property y some unscrupulous soldiers through the instrumentality of the Nigerian Army Properties Limited.
Senator Gershom Bassey laid a petition from a member of his constituency. 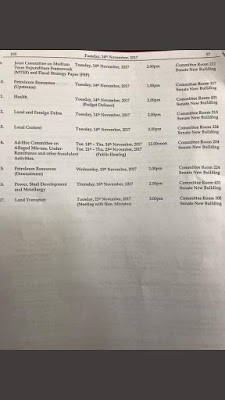 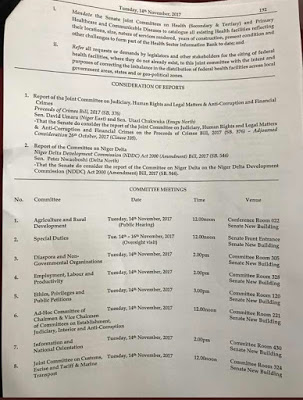 *ADJOURNMENT*
The Leader of the Senate moved that other items on the Order paper be stood down to another Legislative day. The Minority Leader seconded.
Plenary is adjourned to Wednesday , 15th November, 2017.
#GavelBangs.
*Signed*
Digital Communications Department,
Office of the President of the Senate,
Federal Republic of Nigeria.