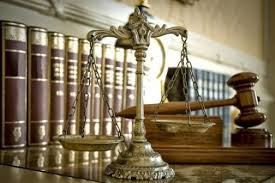 The constitutional right
of appeal and the well-entrenched principle of fair hearing are the foundation
of modern legal systems across the globe. The principles as guaranteed under
The Constitution of the Federal Republic of Nigeria (1999) as amended (“The
Constitution”) ensure that in the conduct of judicial proceedings to determine
the civil rights and/or obligations of the parties brought before any Court,
the twin pillars of natural justice shall be adhered to and applied by the
courts.

The basic attributes of the twin principles of fair hearing and right
of appeal includes: that a court shall hear both parties to a case fairly and
without bias as is humanly possible, that a court gives or provide equal
opportunity, treatment and consideration to the parties in presenting the
issues relevant to their side of the case, the proceedings are held in public
and all the parties shall be informed or notified of the upcoming proceedings,
dates and have free access to the venue of the hearing, that a party aggrieved
by the decision of a lower court is afforded the unfettered opportunity to
challenge such a decision in a higher court, that the proceedings are conducted
in accordance with all the legal rules formulated to ensure that justice is not
only done, but manifestly seen to have been done to the parties in the case.

This paper attempts a brief but critical appraisal of the
seemingly unbridled jurisdiction vested in the Court vis-a-vis the litigant’s
right of appeal and fair hearing. Section 254 (C) (1 – 4) of The Constitution,
also known as the Third Alteration Act generally confers on the NIC the jurisdiction
to the exclusion of other courts of coordinate jurisdiction to adjudicate over
civil and criminal causes and matters relating to labour, industrial trade
union and industrial relations and environment and conditions of work, health,
safety and welfare of labor and matters related and incidental thereto amongst
others. Section 243 (2) & (3) of The Constitution provides for the right
and procedure for appeal decisions arising from the NIC. The said section was
recently given judicial interpretation in the Case of Lagos Sheraton Hotel and
Towers Vs. Hotels and Personal Services Senior Staff (2014) LPELR 23340 (CA)
and affirmed by a full panel of the Court of Appeal in Coca-Cola (Nig) Ltd
& 2 Ors Vs. Akisanya (2013) 1 ACELR 28. In both Cases, the Court of Appeal
held that section 243 (2) & (3) only recognizes the right to criminal
appeals and appeals on questions of fundamental human rights and that all other
rights of appeal are subject to an Act of the National Assembly. The Court held
further that since such Act does not exist, then the decision of the NIC is
final on the issue. The effect of the above decisions is that an aggrieved
litigant who intends to appeal on issues other than issues bordering on
criminal appeals and appeals on questions of fundamental human rights have no
constitutional right of appeal.

The writer, with due respect, is of the view
that the decision is contrary to the principle of fair hearing and amounts to
an aberration of the notion of modern justice. This writer submits that it does
not serve the cause of justice to allow a single Judge of the NIC to take
matters to finality, thereby making the NIC a Court of first instance as well
as a Supreme Court to itself at the same time. The proper approach to the
interpretation of the constitution is that of liberalism. This implies not only
that words of the constitution should be given their broad meanings, it also
means that where alternative constructions are equally open, the court should
prefer a broader construction which will bring about an effective result and is
consistent with the intention of the legislature. This writer is of the opinion
that Their Lordships ought to have given liberal interpretation to sections 240
and 254 (c) (5) & (6) of the same Constitution which vests in the Court of
Appeal the general powers to hear and determine appeals from lower courts and
resolve whatever perceived inconsistency and lacuna that may have resulted from
Section 243 (2) & (3).

Furthermore, the Court of
Appeal should have considered and applied the principle as expounded by the
Supreme Court in Bamgboye vs University of Ilorin (1999) 10 NWLR, PT 622 @ 290
that “the right of a person to fair hearing is so fundamental to our concept of
justice that it could not be waived nor taken away by a statute, whether
expressly or by implication”. There is no court of first instance in Nigeria,
save the Supreme Court of Nigeria when exercising its original jurisdiction
under Section 232 of the Constitution, whose decision is final and not
appealable; not even a court martial or other tribunals, or election tribunals
(see Section 240 of the Constitution).

This is after due consideration of the
fact that the composition of the panel of the Supreme Court allows for a
majority decision to prevail, whether the panel is composed of five (5)
Justices or Seven (7) Justices as the case may arise under Section 234 of the
Constitution. In concluding this discourse, the writer suggests that it is most
imperative for the National Assembly to undertake a consideration of the
provisions of Section 240 and other relevant sections of the Constitution and
guarantee expressly therein, the right to appeal all decisions of the NIC at
the Court of Appeal and finally at the Supreme Court. When a single Judge is
allowed to possibly make a judicial error which is not subject to scrutiny or
capable of reversal by a higher authority, it portends imminent danger for the
actors in administration of Justice.

Undoubtedly, labour and
industrial related disputes are serious issues in any nation. Labour disputes
have had and will continue to have staggering effects on both the social and
economy spheres of a country. Any form of neglect or the absence of checks and
balances could result in low productivity, unemployment, wastage of human resources
and many other problems, all of which can be avoided to a large extent by
positive judicial activism. 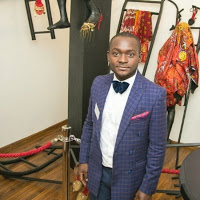