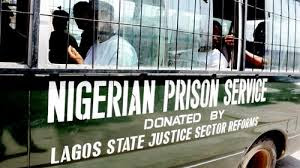 I was asked in a recent
interview on TVC about how the prisoners whose release we have secured are
fairing, my answer was, “some are thriving, some are struggling and others
are back in Prison”. In August 2012 our NGO secured the release of eight  inmates, and I had cause to follow up on their
families on how they are coping with life after Prison, the mother of one
Godwin Johnson told me his son is back in Prison for taking part in an armed robbery. I was told that another one has gone ahead to
join a criminal gang and no one knew where he was. In 2013 after securing the
release of five inmates, I suspected one of them who told me he was going to Ibadan
when he was heading towards a completely opposite direction. When I confronted
him, he confessed he was linked up from prison with an armed robbery kingpin
who had escaped from Ikeja High Court during his trial”.

To be modest, over 40% of
Prisoners I have come across are innocent of the charges levied against them by
law enforcement agents. They were forced to sign statements they never made and
content of which they were not aware of. The real Criminals most times never
get to the Prison, they have either bought their way out of the station; hire
very brilliant lawyers who know how to get their way out of very difficult
situations; or got killed during operations or in
SARS cells. A lot of the real Criminals roam the street.

The innocent ones who are
unfortunate to spend time in prison get initiated in prison by hardened
criminals and after a while they lose their innocence and get corrupted. They
become hardened criminals upon release. The society also compound their
problems by stigmatizing and ostracizing them, we tend to forget that we are
the victims of the crimes they commit, be it stealing, robbery and in worst
cases murder.

What
is the role of civil society in decongesting prisons and reducing crimes in
lagos state?

In
answering this question, I will use some of the activities carried out by
Prisoners’ Rights advocacy Initiative as an example of how to ensure
decongestion of prisons and reduction of crimes.

PRAI has represented & defended a lot
of inmates who can’t afford to pay a lawyer and has secured the release of over
100 inmates and presently handling a handful of cases free of charge at various
levels of courts across Nigeria.

Some
of the approaches used in securing the release of the inmates and ensuring that
prisons are decongested are:

·
Fundamental rights enforcement proceedings.
(e.g Mamman Keita V. A.G Lagos and Anor- The court ordered the release of the
applicant having spent 10 years in prison without trial and awarded 7 million
naira damages against Lagos state and the police jointly and severally).

· Filing habeas corpus proceedings against
the government ( e.g. Ariyo Osisanya & 105 Ors V. A.G Lagos & Anor –
The court released 90 of the Applicants who had spent between 4 and 12 years in
prison without trial).
·
Representing inmates at their trials (State
of Lagos V. Saliu Abara- We filed a fundamental rights application for the
defendant, the Lagos state government hurriedly charged. The case went to trial
and defendant was discharged and acquitted).

·     Through administrative actions. (We took up
the case of under aged boys and girls who were unjustly sentenced to 390 days
in prison and kept with hardened criminals in Kirikiri Medium and Maximum
Prison. Upon our insistence and after a joint visit 12 of them were released in
October 2013 ).
·
Urging the Judiciary to adopt non-custodial
sentencing where minor offences have been committed.
·
Using the press to pressure to achieve our
just ideals.(Most cases we handle).
When
we noticed that some of the inmates were returning to crime and getting back
into prison, we had to start looking into rehabilitation and reintegration  seriously. We are presently using a
multi-pronged approach to tackle recidivism. Some of the approaches we are
adopting are:
1.
Skills Acquisition, Business Development
and Value Reorientation Workshop. 321 inmates from the Ikoyi and Kirikiri
Female Prison have benefitted from this programme where we taught them
different skills such as Ankara Craft(bags, wallets, key holder, bow tie and
jewellery) household products( Perfume, Air Freshener, Liquid Soap,
Disinfectant, Hair Cream and Germicide). Some of them will be given support or
employed by established entrepreneurs upon release.
2.
We are in partnership with ABROT Farms, a
farm willing to employ ex-inmates and provide accommodation, feeding and
salary. The farm also operates an out-goers scheme where ex-prisoners will be
given a large expanse to farm on and provided seeds and technical supports.
After harvest, the farm will purchase the products from the ex-prisoners.
3.
We are in partnership with IntelSpecs an
ICT company that will be providing software training to inmates of the Kirikiri
Female Prison. Computers have been ordered and very soon it will be deployed to
the Prison for commencement of training. Hopefully, some of the participants
will be able to get employment or start providing software solutions to clients
upon release.
4.
We shall in partnership with leading
entrepreneurs be conducting a skills upgrade program in the prison’s shoe
making factory, tailoring factory and farms. So as to keep the prisoners up to
speed with the latest trends in these fields.
All
the above interventions are to ensure that when inmates come out of prison they
stay away from crimes and stay out of prison for good.
How
can civil society organizations also ensure that those who are fortunate not to
have passed through the prison stay out crime? The Civil Society must
continually engage the populace, particularly the youths in developmental
activities such as sports, vocational skills training, academic programs and
value-reorientation programs. For instance, PRAI has a sister organization,
Q-MADI Taekwondo club where underprivileged street children are transformed
into responsible champions. The Club has through its ‘Street to Podium’
initiative transformed the lives of vulnerable street children who were
hitherto viewed as thugs and never do wells. The club has produced a
commonwealth champion, numerous national and state champions. The club has
amassed more than 250 medals in three years and many of the kids are now
‘stars’ in their schools and s are working very hard believing that one day
they will conquer the world and make their country and community proud.
In
conclusion our approaches to tackling the menace of prison congestion and
increase in crime in Lagos state are advocacy, representation, rehabilitation
and reintegration. We are employing partnerships at various levels for
efficiency and wider coverage. We urge other civil societies to adopt similar
multi-pronged approach in carrying out their activities. 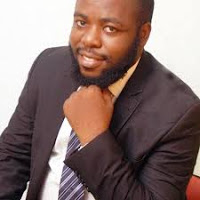