The Premier Bar Rises up to the Challenge 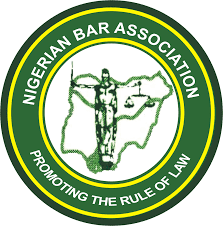 On 7 January 2020, a member of the Nigerian Bar Association (“NBA” or the “Association”), Jake Okechukwu Effoduh, stirred the hornet’s nest when he tweeted that he had just paid the sum of N15,000 for his Bar practicing fees for the year. He also noted that he has been paying his practicing fees for the past nine (9) years and wondered what the NBA has done for him and the many others who pay these annual fees, statutorily required of all members of the Association.
Rather than overlook the tweet, which understandably went viral and resonated with a number of young lawyers, the tweet gave me cause to pause and truly consider what the NBA does for the thousands of its members, and more importantly, what the NBA can do for its members.
The NBA is the umbrella professional association of all lawyers admitted to practice in Nigeria and as stipulated in the Constitution of the NBA 2015 (as amended), part of the aims and objectives of the Association include the maintenance and defence of the integrity and independence of the Bar and the Judiciary in Nigeria; the promotion and advancement of Legal Education, Continuing Legal Education, Advocacy and Jurisprudence, etc.
The NBA is made up of 125 branches across the country, 3 professional sections, 2 specialised institutes, 3 forums and 8 practice-cadre forums. The National Secretariat of the NBA is managed from the Abuja office and the Association has an organisational structure which consists of a National Executive Committee, a National Officers/Management Board, Sections, Forums, Committees, Working Groups and a National Secretariat. The NBA organises annual conferences in August of every year and holds its general elections to elect its national officers every two years.
As well as the Association has arguably done, there should be no argument that it has not lived up its massive potentials, and can clearly do more. It is for this reason that one cannot but wholeheartedly commend the Lagos Branch of the NBA (aptly christened ‘the Premier Bar’) under the Chairmanship of Mr. Yemi Akangbe for the Continuing Professional Development (CPD) agenda of the Branch. The Premier Bar has in recent times made it a cardinal principle of investing directly in the members of the Branch especially the young lawyers, giving them hope of a better professional future and providing platforms for their upliftment by promoting their social mobility as essential building blocks for the development of the Bar of our dreams.
The Branch has taken up the mantle of the promotion and advancement of Legal Education and Continuing Legal Education in Nigeria and it is one of the few branches in the country, if not the only one, that has a dedicated and focused CPD committee.  This CPD committee has organised many innovative trainings, and mentoring initiatives all of which have been made available to members for free. The committee has had A-list speakers speak on topical issues at each of the last 26 monthly meetings of the Branch; introduced the group/speed mentorship initiative and a 1-1 mentorship programme; coordinated law firm led trainings and other collaborative initiatives.
This week, the Branch raised the stakes a notch higher when it announced the approval of part sponsorship for 100 members of the Branch (in the sum of Four Million Five Hundred Thousand Naira at Forty-Five Thousand Naira, each) for the Nigerian training element of the CIArb/ NBA collaboration on Associateship certification courses. According to the Chairman of  the CPD Committee of the Branch, Tobenna Erojikwe, the Branch had earlier announced the successful negotiation of a reduction of about 50% of the costs of the training and the sponsorship will go to the first 100 (60 young lawyers and 40 others) members that make the £60 payment for the UK online assessment element of the training.
We have also been assured that in the coming months, the CPD Committee will be launching the Branch’s Career Development Center and the Law Firm Mentorship Initiative. This is highly commendable and resonates with me as one who is deeply-rooted in such intiatives.
Consistent with the excellent spirit prevalent at the Branch, some private individuals have also taken it upon themselves to sponsor young lawyers to various career development trainings. Indeed, there is currently a Practice Preparation Course organised by ‘Legally Engaged’ and part of the participants are a group of 30 young lawyers drawn from different parts of the country who were fully sponsored to attend by Friends of Olumide Akpata, who has for long been a vanguard of similar capacity building programmes. It is hoped that other well-meaning members of the Bar will key into this crusade and sponsor similar trainings/programmes.
As a business law practitioner and an advocate for specialisation, I call on the young lawyers in the Branch to take advantage of this glorious opportunity. I also call on the NBA Lagos Branch to continue to blaze the trail and for the other branches of the NBA to match or surpass this. Above all, I call on the national body of the NBA to contribute to this discourse so that when next the likes of Jake Okechukwu Effoduh and other well-meaning young lawyers, demand to know what the NBA has done, and can do for them, we can at least point to this and hopefully other achievements.

Desmond Ogba is member of the NBA Lagos Branch

Examining The Unconstitutionality Of The Executive Order No.6 | Etiosa Ojomo ESq
Register for the Career Training For Lawyers To Advance Your Legal Career
National Transport Commission Bill Crosses Final Hurdle In National Assembly