The penalty for killing another human being 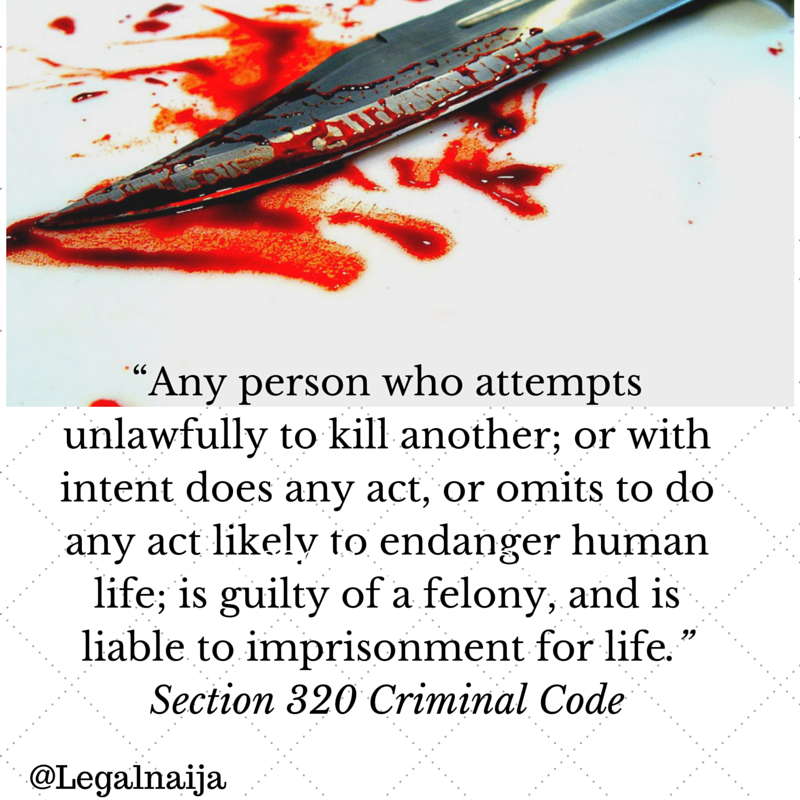 I remember sitting in court a couple of years ago, waiting
for my client’s case to be called and going through the motions in my case file.
I was not really paying attention to the judgment being read by the Honourable
Judge but I could hear the words. Apparently, it had been a criminal suit and I
guessed the guy in the box must have done something wrong but my client’s cause
needed more of my attention at that time. Not until I heard the words, “you are
hereby sentenced to life imprisonment” and the court had my full attention.
Before that day, I had witnessed a number of
sentencing in court but that was my first life sentence. Astonishingly, the convict
remained calm and stood there, clenching his palms in a fist, like he was in a
trance or was dazed. And what was his crime? He had committed murder.
According to the facts of his case, he had lured a
business partner and friend into a secluded bush area and killed him with a machete
just so that he could make away with some money they had both made on a
business sale. The prosecution had proved its case beyond reasonable doubt and
the court made its pronouncement. Now, he was going to spend the rest of his
life in prison.
Murder is a crime in all jurisdictions because of
the immorality in taking a life.  Countries
around the world have made laws criminalizing the act including Nigeria as seen
in the Criminal Code Act, Cap C38, LFN 2004. It provides in Section 306
that;
306.    It is unlawful to
kill any person unless such killing is authorised or justified or excused by
law.
Yes, the above law makes
the commission of murder a crime, the provisions of the Criminal Code further
provides for the penalty for committing murder in Section 320 where it states;
320.  Any person who-

(1)    Attempts unlawfully to kill
another; or

(2)   with intent unlawfully to kill
another does any act, or omits to do any act which it is his duty to do, such
act or omission being of such a nature as to be likely to endanger human life;
is
guilty of a felony, and is liable to imprisonment for life.
There are hundreds of
cases of murder before the Courts and the Police Force. In December, 2012, the police
force revealed that no fewer than 270 people were murdered and 32 policemen
killed in gun battles with armed robbers in Lagos, the nation’s commercial capital. Murder
is a serious crime and I hope you reading this article take note to stay away
from it.
Adedunmade
Onibokun
@Adedunmade
dunmadeo@yahoo.com